Feeling the love. David Beador’s wife, Lesley Cook, showed her appreciation for Real Housewives of Orange County alum Vicki Gunvalson after she publicly congratulated the pair on the birth of their first child.

“Someone sent me this. TY Vicki. That’s very sweet,” Lesley wrote on her Instagram Stories on Tuesday, February 9. “Now, if someone could go on record that we didn’t have an affair like implied on the show for a storyline, that would be epic. It’s had a tremendous impact on my families (sic) life. In the end, everything comes to light! ✨💕 This is why I’ve tried so hard for years to stay quiet.”

David and Lesley got engaged in January 2020 and tied the knot that October. They confirmed the arrival of their newborn daughter, Anna, via Instagram on Saturday, February 6. At the time, Lesley shared a pic of the pair celebrating their “first sunset with our sweet little Anna.”

Vicki and Tamra’s support for David and Lesley comes amid their ongoing feud with Shannon Beador. The 56-year-old shares three daughters with David, who she was married to from 2000 to 2019. Their relationship and allegations that David had an affair played out on several seasons of the Bravo show.

Shannon, Vicki and Tamra used to be thick and thieves and even dubbed themselves the “Tres Amigas.” However, that all changed when Vicki and Tamra exited the show ahead of season 15.

“As soon as we’re not on the show anymore, she just doesn’t have any time for us anymore and it really just kind of hurts my feelings,” Tamra, 53, told Entertainment Tonight in April 2020. “It came to a point where me and Vicki really went through some hard times, when neither one of us were gonna go back to the show, we really went through, what is our identity? Who are we? … I just kind of felt like I never got that, like, ‘How are you doing? How are you feeling?’ kind of thing.”

Shannon later told the news outlet that October that she has “no reason” to be around Vicki and Tamra anymore. “We live, like, 45 minutes away from each other, so it’s not like we’re in the same social circles or anything like that. I don’t know when I would ever potentially run into them again,” she said at the time.

That same month, however, Shannon told Us Weekly exclusively that there was a possibility that the trio could be close again. “There have been certain relationships with castmates where I have said, ‘I’m done, never again,’” she said in October 2020. “And you know, I’m friends with them, so … never say never. Who knows.”

As for Shannon’s relationship with David, she told Us that her ex refused to meet her boyfriend, John Janssen.

“They’ve seen each other, but David isn’t interested. I tried to introduce them, but he walked away. David walked away,” she shared in October 2020. “I should have expected it.” 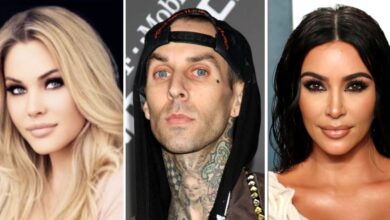 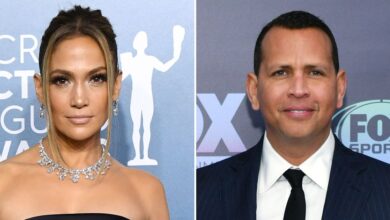 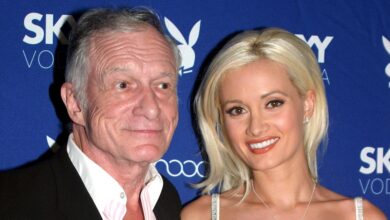 Holly Madison Looks Back on Sex Life With Hugh Hefner 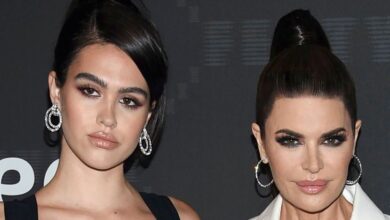