Gehraiyaan: A still from the teaser. (courtesy: deepikapadukone)

Remember we told you that Deepika Padukone, Siddhant Chaturvedi and Ananya Panday had an announcement to make? Well, it’s time for just that. They shared the teaser of their new film titled Gehraiyaan. The film has been directed by Shakun Batra and it has been backed by Karan Johar’s Dharma Productions. The teaser begins with a knock at Deepika Padukone’s door, who finds Siddhant Chaturvedi on the other side of it. The two embrace as a soothing song Gehraiyaan begins to play. We also see glimpses of Ananya Panday and Dhairya Karwa. Going by the teaser, it is difficult to decipher the plot of the film. However, one thing is obvious – it is a deep tale of love and the complications that come with it.

Sharing the teaser, Deepika Padukone wrote: “A piece of my heart…” Siddhant had this to say about the film: “They say you leave pieces of yourself in everything you love. Maybe you’ll find my heart here.” Ananya Panday wrote: “It’s time to dive in a little deeper.”

See the teaser of Gehraiyaan here:

Sharing the pictures from the sets of the film earlier, Deepika Padukone wrote: “Yes…It has been a bit of a wait but as the saying goes… Sometimes, the longer you wait for something, the more you appreciate it when it finally arrives! Hopefully, the same holds true here. I took the opportunity to be a part of something that I believe was truly magical. And with love in my heart and utmost gratitude, I cannot wait to share our labour of love with all of you.”

Gehraiyaan will release on OTT platform Amazon Prime Video on January 25. The shooting of the film began in 2020. The film has been shot in Goa, Mumbai and Alibaug. 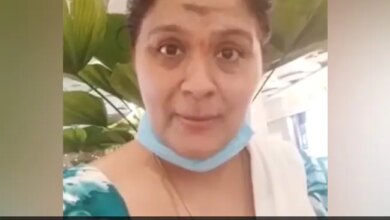 Emma Mackey To Ali Fazal, Every Passenger On This Cruise Is A Murder Suspect