Nobody has won more Snooker Shoot Out matches than Michael Holt and the defending champion knows exactly the reason why – luck.

The Nottingham cueman won the one-frame bonanza 12 months ago for his first ranking evebt success in snooker, with his title defence beginning with a 95-1 win over Jamie Jones on Thursday.

The lack of fans means the competition – behind closed doors in Milton Keynes – is lacking its usual pizzazz but it didn’t stop The Hitman from making a good start with a break of 87.

Holt reached the final in 2019 before winning it last year, though he feels his knack for the Shoot Out is down to more than just skill.

“I’ve been really lucky in this event. It helps because I can focus on what I’m doing,” the 42-year-old told Eurosport.

“I don’t think there’s any rhyme or reason to it. I know my game, I’ve been around a while and I can see the shots, but there are loads of people who can do that.

“It’s as much chance as it is anything but I’ll take it.

“Winning it, we had a great day last year and I have great memories towards it, but you want to win every match in every tournament.

“You’re not that far from losing, I’ve got some great memories and hopefully I can make more of them.”

Holt will return to the table on Saturday for the second round, with the competition then played to a finish on a frantic Sunday.

But getting there will be a task in itself – with the one-frame event meaning players could play just one shot in a match.

Welshman Jones failed to make the most of his opportunity to allow Holt to capitalise in the tournament curtain-raiser, left to celebrate alone in front of the image of last year’s crowning moment.

He added: “You’re always close to losing, if he knocks the red into the middle, he might make a break himself so it’s good to get in and take the chance.

“My level has been good for a while, I haven’t had many runs in the proper format and have lost to some good players, but I’m really happy with the way I’ve been playing for past eight months.

“With the time constraints, it forces you to focus on what you are doing. If the crowd are there and you don’t have the time pressure, it would be more off-putting.”

Watch the Snooker Shoot Out live on Eurosport and Eurosport app. https://www.eurosport.co.uk/snooker/ 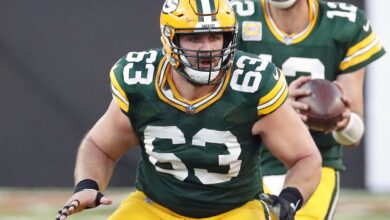 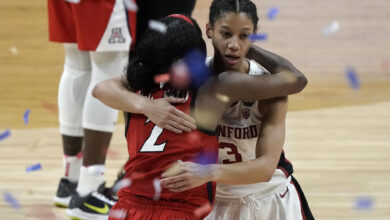 Maryland, Nebraska run it back after Terrapins’ win Tuesday