While Vachani struggled in his early days, his company’s shares have surged 824 per cent since a 2017 IPO

Almost three decades ago, Sunil Vachani borrowed $35,000 so he could start making 14-inch television sets in a rented shed outside New Delhi. It was an unconventional choice given India, though renowned for software and services, had long lagged behind in manufacturing.

Today, Vachani’s startup has grown into a sprawling electronics empire. His Dixon Technologies boasts a market value of more than $2.5 billion and the capacity to produce about 50 million smartphones this year. It’s an early indicator of the country’s opportunities — and challenges — in building a sophisticated manufacturing sector, a top priority for Prime Minister Narendra Modi.

While Vachani, 52, struggled in his early days, his company’s shares have surged 824 per cent since a 2017 initial public offering. Sales and profits have boomed with domestic demand for smartphones, along with India’s ambitious plans to develop its own local industry.

“This is only a start,” Vachani said in a telephone interview. “We are bringing about a mindset change that global manufacturing can happen in India.”

The founder and his siblings are now in the league of India’s billionaire families. Mr Vachani, who controls a one-third stake worth about $900 million, just bought one of the more extravagant homes in the country — a $20 million mansion in New Delhi’s tony Lutyens neighborhood. 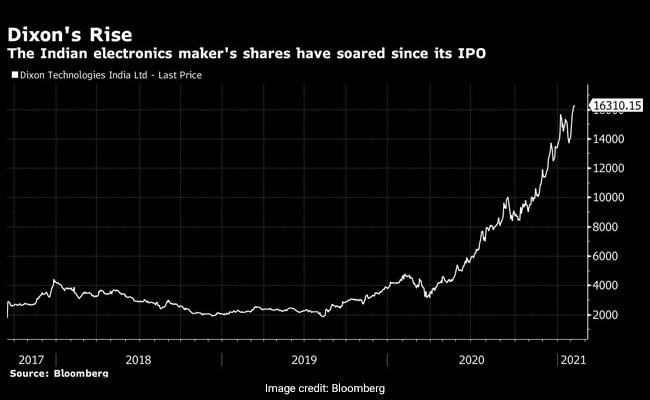 India has been plagued for decades with rickety infrastructure, heavy taxes and crushing bureaucracy. The Modi administration has tried to change the dynamic through a range of policies and incentives, with the goal of creating jobs and economic growth. Along with hefty tariffs on products like imported smartphones, the country kicked off a cash incentive program last October to encourage local producers.

That has helped spark the construction of new factories from homegrown device makers like Dixon and global contract manufacturers such as Foxconn Technology Group and Wistron Corporation. The effort has taken on new urgency with the rising tensions between the U.S. and China, and the coronavirus pandemic, which disrupted supply and underscored the risks of concentrating production in one place for phonemakers like Apple Inc.

India still lags well behind China, making about 330 million smartphones annually compared with 1.5 billion in its larger Asian neighbor, according to the Indian Cellular Association. Yet Dixon is an example of how quickly India is changing: It has ramped up production capacity from about 2 million smartphones a month last year to about 4 million units after the government’s incentive program began, with more planned next year. 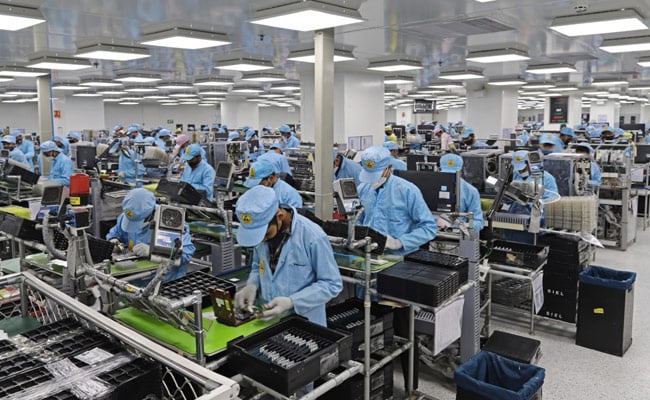 “India is well qualified to be the world’s alternative to the China supply chain,” said P.N. Sudarshan, partner at Deloitte India. “Once component makers move, vibrant manufacturing clusters will form.”

Mr Vachani comes from an entrepreneurial family. His father and siblings started a business that produced electronics and appliances under the Weston brand. They made the country’s first color televisions and video recorders — and operated a string of video game parlors on the side. The Vachanis are Sindhis, a small community in India with a reputation for business acumen.

After studying business in London, Sunil opted to go his own way in 1993 rather than join the family business, a decision that quickly led to difficulty. He ran out of working capital and found banks wouldn’t lend to him without collateral. He finally landed bank financing backed by an export contract.

So desperate for business was he early on that he agreed to make his 14-inch color televisions for $1.50 in profit apiece. He later made Sega game consoles, Philips video recorders and push-button mobile phones for Bharti Airtel, the country’s leading mobile operator. Dixon’s fortunes began to improve in the 2000s, when a regional political party gave the company a contract to manufacture televisions for free distribution.

Mr Vachani tried persuading the federal government to do more to build a domestic manufacturing sector — mostly without success. “All I heard from policymakers was that India’s future was in software,” he said. 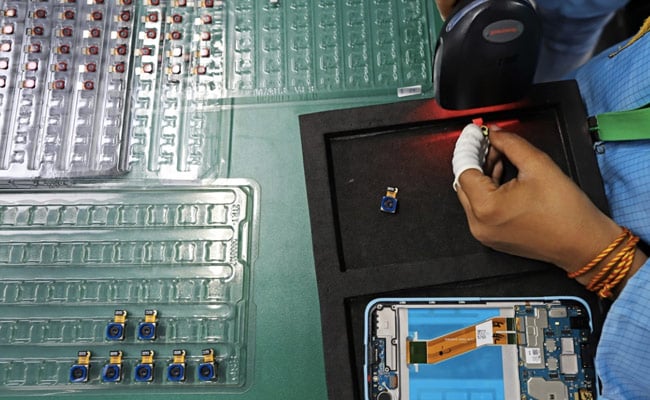 Investors were skeptical early on too. During Dixon’s road show ahead of its IPO, money managers argued that India simply couldn’t compete with China. Mr Vachani eventually raised about 6 billion rupees, or $82 million.

Phones are becoming a substantial growth market. The number of smartphone users in India is projected to rise from 468 million in 2017 to 859 million in 2022. For Dixon, mobile could account for 44 per cent of revenues in the next fiscal year, compared with 12 per cent last year.

The government finally turned its attention to domestic manufacturing a few years ago, aimed at slashing a massive electronics import bill and creating much-needed employment. But progress has been slow. Manufacturing accounted for 17.4 per cent gross domestic product in 2020, nearly the same as the 15.3 per cent in 2000, according to McKinsey & Co.

Wistron, the first Apple supplier to produce iPhones in India, ran into trouble last year when workers rioted over delays in pay. Apple put the Taiwanese company on probation and said it would hold off on providing new orders.

Prime Minister Narendra Modi has refined his “Make in India” policy to include financial incentives and simplified policies for infrastructure. The country has declared it wants to create 100 million new manufacturing jobs by 2022. It’s targeting a spike in phone exports from the current $7 billion to $110 billion by 2025, according to the Indian Cellular Association. 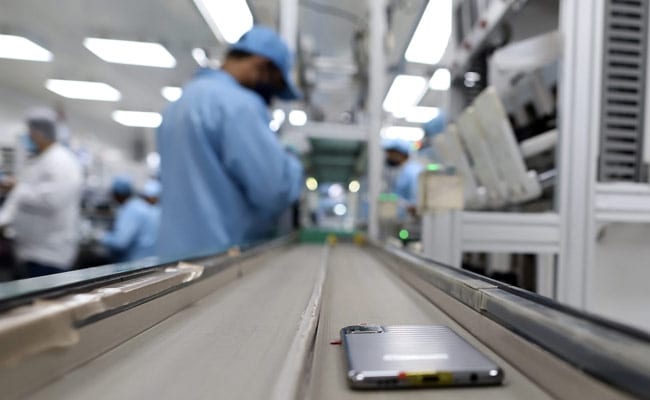 Dixon is positioning itself to get a major share of this by manufacturing and exporting globally for large brands, Mr Vachani said. Motorola, now owned by China’s Lenovo Group Ltd., has contracted Dixon to make devices for the U.S. market. Finland’s HMD Global, which has a license for the Nokia brand, has signed a similar deal recently. By next year, the company plans to produce about 75 million mobile phones and expand into categories like tablets, laptops and wearables.

“This is the golden moment for electronics manufacturing,” said Mr Vachani. “Finally, India is the place to be.”

(Except for the headline, this story has not been edited by NDTV staff and is published from a press release)