For some buyers, the X factor that seals the deal is a smile from a neighbor, some great wine at a cafe or the timely arrival of blossoms.

But in Douglas Manor, a waterside slice of northeastern Queens, what gets many to “yes” is the moment when the early-evening sky turns a hue of cotton candy and peach.

“The sunsets here are fantastic,” said Alexandra McMenamy, 46, who should know. Before buying in Douglas Manor last year, she would regularly drive over from her semidetached home nearby, with her husband, Brian McMenamy, 49, to catch the light show over Little Neck Bay.

The couple are residents now, but the appeal of those sunset views hasn’t faded, Ms. McMenamy said: “I will be in my pajamas and Brian will say, ‘You’ve got to come to the corner and see this!’”

Getting a closer view wasn’t easy. The couple had been scoping out Douglas Manor properties since before they married in 2014. But the narrow point of land has only about 600 houses and little turnover, with many homes remaining in the same family for generations.

Demand in the affluent area never seems to wane, said Ms. McMenamy, an executive in the pharmaceuticals industry. The couple lost out to higher bidders several times before successfully offering $950,000 for a 1931 Tudor-style house with three bedrooms, two bathrooms, a living room with a vaulted ceiling and plenty of space for their two pet boxers to run around.

A brilliant sunset also lingered in the mind of Siavash Ghazi, 38, after he and a friend drove to Douglas Manor one night in 2017. Parked along the estate-lined Shore Road, in front of bobbing sailboats, “we were feeling a little insecure, like we had stumbled into ‘The Great Gatsby,’” said Dr. Ghazi, who was a medical student at the time and renting a one-bedroom apartment in Forest Hills, Queens. “But I just fell in love with the neighborhood.”

A few years later, when he was a more financially secure psychiatrist with a family, Dr. Ghazi returned to the neighborhood, this time to stay. Last December, he and his wife, Melina Shahidi, 38, a chiropractor, paid $1.15 million for a 1923 colonial-style house with five bedrooms, two and a half bathrooms and a hedge-lined yard.

Initially worried that the neighborhood would have too many “old and dark” houses from the early 20th century, the Ghazis were pleased to discover that a previous owner of their new house had removed interior walls to create an open floor plan and installed floor-to-ceiling windows.

Alterations like those became more difficult after 1997, when the 60-block area was designated a city historic district and renovations of the neighborhood’s colonial-, Mediterranean- and Queen Anne-style single-family homes began to be strictly regulated.

Another occasional turnoff, brokers say, is that Douglas Manor is the rare New York enclave not connected to sewers. Homes instead rely on cesspools, which require pumping.

But residents find those quirks to be a small price to pay. As Dr. Ghazi put it, “To be in New York City but to feel like you are in Cape Cod is a very unique experience.”

Navigating by nature may be the simplest way to find the Manor, as locals call it. Pressed against the edge of Nassau County and reachable by only a few roads, this bay-front Brigadoon has a name that’s often confused with similar-sounding spots.

Although the name of the historic district that covers the neighborhood is the Douglaston Historic District, Douglaston is, in fact, an inland area to the south, though historically the name referred to the broader area. The Manor also has little in common with Doug-Bay Manor, a 1960s development nuzzling wetlands to the west.

And the street names can vary, depending on where you look. In 1906, when the development company Rickert-Finlay built the neighborhood as an early deed-restricted suburb, the avenues and drives had British-sounding names. Decades later, officials slapped numbers on them in a bid to give Queens a Cartesian uniformity. Today, street signs once again bear names, though the names don’t appear in some city databases.

Households must fork over a $650 annual fee to a homeowner association that provides security, maintains green spaces and offers access to a long dock and beach area stocked with kayaks. But the Manor isn’t gated, and nonresidents can join the association, too.

Houses in the “300 block” — three blocks east of the prized waterfront properties — tend to be smaller and more affordable, though listings under $1 million are rare.

While new construction has been limited since 1997, there are still some teardowns of homes considered less historic, including the 120 or so Cape Cod- and ranch-style homes built after World War II.

Trees, some dating to long before the development’s earliest days, are also a point of pride. Although a white oak on Arleigh Road estimated to be more than 600 years old was cut down in 2009 after a limb damaged a house, 100-plus-year-old maples, oaks and beeches survive, said Kevin Wolfe, an architect and a founder of the Douglaston and Little Neck Historical Society, who lives in the house where he grew up. The likely oldest specimen? A towering ginkgo in front of a 1910 colonial at 112 Manor Road, Mr. Wolfe said.

On Aug. 19, eight single-family homes were for sale in Douglas Manor, at an average list price of $1.9 million, according to Zillow. The priciest was a stucco-sided 1909 house with six bedrooms, four and a half bathrooms and a kitchen with marble counters, listed for $3.35 million. At the low end was a three-bedroom, one-and-a-half-bath home for $995,000.

The area’s unusual identity — a suburb in the city — may be putting it at a disadvantage to more traditional bedroom communities, brokers said.

The Manor is entirely residential. Even the small retail area along 235th Street, just outside the neighborhood, offers only modest shops, including a nail salon and dry-cleaners, although there is fine dining (with an outdoor shed) at Il Toscano Ristorante.

The Douglaston Club, in the former Van Zandt family manor house, is a social hub that offers a three-lane bowling alley, two swimming pools and five tennis courts (once used by John McEnroe, who lived on Beverly Road). Club membership requires an initial fee of $6,500 and monthly dues of $250; members also must spend $350 each quarter on food and drinks.

But the Manor’s grassy and open fringes — collectively owned, rather than controlled by private owners, as in other shore-front areas — are free.

A nearby public middle school is Louis Pasteur Middle School 67, on Marathon Parkway, for sixth through eighth grades; a nearby high school is Benjamin N. Cardozo High School, in Bayside. In 2019, the average SAT scores at the high school, which has a 92 percent graduation rate, were 548 in reading and writing, and 573 in math, versus 491 and 496 citywide.

“The school system is getting more diverse,” said Moira Casey, a lawyer who moved to the Manor as an infant in the early 1960s, raised children there and now lives in a four-bedroom, gambrel-roofed house that she bought in 1989 for $350,000.

The nearby Douglaston station on the Port Washington line of the Long Island Rail Road runs four trains to Pennsylvania Station from 6 to 9 a.m., a trip that takes 28 to 34 minutes. Monthly passes are $234, and street parking is available.

But many residents drive into Manhattan, as the Manor is close to the Cross Island Parkway and the Long Island Expressway.

The Manor’s oldest house, 126 West Drive, has sections that date to 1735. Built by Cornelius Van Wyck, the son of a Dutch settler, it is now owned by Peter Ermish, 65, who stumbled upon the house as the history-obsessed son of a butcher, growing up on nearby 245th Street.

In 2017, Mr. Ermish, a retired electronics executive, bought his childhood “Rosebud” for nearly $3 million, investing a similar amount in a renovation to shore up the structure and style its rooms in the décor of different early-American eras. He also plans to showcase portraits of the country’s Founders, as well as muskets and delftware.

“I’m trying to be a good steward of the property,” he said, “because I love Douglas Manor, and I love New York.” 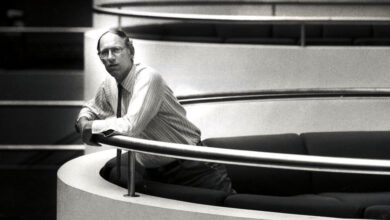 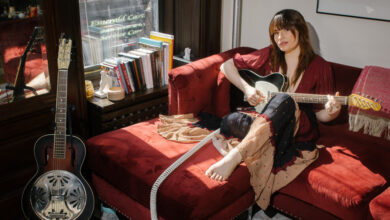 For a Tony Nominee, an Apartment With a Sense of Drama 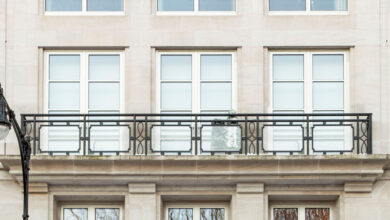 A $72 Million Penthouse on Central Park Leads Sales in November 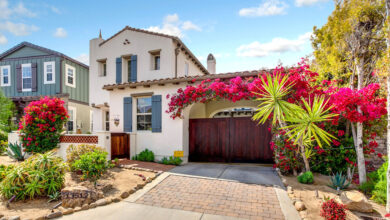 What $1.5 Million Buys You in California