As a child growing up in Holland, Mich., in the 1970s, Mr. DePree was transfixed when his beloved maternal grandfather, Pap, a history buff, told him about a huge slice of rolling land across the ocean where his forebears had a grand house called Hopwood Castle.

Fast forward three and a half decades. Mr. DePree, by then an actor and producer in Los Angeles, was at his computer early one night in the spring of 2013, trawling an ancestry website.

The past had become a favorite destination for him after Pap’s death in 2008 and, two years later, the sudden death of his father, Thomas, from a massive heart attack. Mr. DePree was left unmoored, uncertain about the way forward. Tracing his roots was a comfort.

That fateful evening, he saw a link to a story about a Lord Hopwood of Hopwood Hall and an old black-and-white photo of a very stately home in Middleton, England, just outside Manchester. Increasingly curious, Mr. DePree made some email inquiries and booked a flight to see firsthand the family seat.

A 50,000-square-foot, brick-and-stone manor built in a quadrangle around a timber-framed hall, Hopwood Hall had seen better centuries. The roof leaked prodigiously, dry rot was ascendant, moisture seeped from the walls, plaster was falling from the ceilings, windows were missing panes, floors were missing boards, many sections of the house had been vandalized. Trees were growing out of the chimneys.

And yet … there were doors dotted with rivets from the medieval period — some sections of the house date to 1426 — and doors with their original hand-forged hardware. The wood-paneled walls in one of the parlors were decorated with intricate carvings from baseboard to ceiling. The fireplace in a room known as the reception hall was embellished with an iteration of the Hopwood family coat of arms; the family’s heraldic animal, a stag; and the Hopwood family motto, “By Degrees.”

“When I walked in, I felt something in me change almost immediately. I knew this place was special,” Mr. DePree, 52, said. “But I was told during that first visit that if nothing was done, within five or 10 years, Hopwood Hall would crumble.”

He chronicles his efforts to save the hall in “Downton Shabby: One American’s Ultimate DIY Adventure Restoring His Family’s English Castle,” a memoir published late last month.

Hopwoods lived in the house until the early 1920s, according to the book. But after the two heirs were killed during World War I, their grieving elderly parents closed up the property and moved to London. A cotton company used the hall during World War II, and in 1946 an order of monks moved in for a few decades. By the late 1980s, the property had become the responsibility of the local authority, which had neither the will nor the wherewithal to maintain it. Then came Mr. DePree.

The “DIY” in the book’s title is, perhaps, more than a bit misleading: Mr. DePree, who bears a passing resemblance to Owen Wilson, isn’t the guy reglazing the windows, plastering the walls, stabilizing the foundation or replacing floorboards. Hopwood Hall’s longtime caretaker, Bob Wall, has joked that the acronym really stands for “Dim Inexperienced Yank.”

But credit where credit is due: The Yank has come a long way from the humiliating moment when he stood in a parking lot of a Home Depot in Los Angeles, almost in tears because he couldn’t figure out how to work the stick-on tiles he had bought for his bathroom floor.

“I’ve learned how to mix mortar and make plaster molds. I’ve learned to do pointing on bricks,” said Mr. DePree, who sold his house in Los Angeles five years ago and moved full time to Middleton to immerse himself in the preservation efforts. “But I wouldn’t say at all that I’m a skilled craftsman by any stretch of the imagination.”

Still, he has done plenty of heavy lifting since 2017, when he signed a contract with the Rochdale Borough Council, the local authority, to assume responsibility for Hopwood Hall. (The Council had first verified his familial bona fides.) The deal gave Mr. DePree five years to come up with a practicable and fully detailed plan to save his ancestral home and create a sustainable model to keep the lights on.

“His quest really is the stuff of dreams,” Neil Emmott, the leader of the Council, wrote in an email. “When we first heard about Hopwood’s ambitions, we weren’t sure if they constituted a viable proposal. Nonetheless, slowly but surely, we have seen how his hard work and determination coupled with the help of many community volunteers is turning the fantasy into reality.”

“Hopwood was just feeling his way when I first met him, but he’s become more confident,” said Geoff Wellens, a local historian. “I truly believe that if anyone can get the job done, it’s him. It’s his family’s old home. He has that family tie.”

Bit by bit, Mr. DePree has become the public face of the effort, its cheerleader in chief and dedicated fund-raiser. Recent grants from Historic England, a government agency, and the Rochdale Borough Council total more than $1 million.

Thanks to an acquaintance, Mr. DePree was also invited to join Historic Houses, an association comprising the owners of many of Britain’s largest private residences. At the first gathering of the group that he attended, he met the very welcoming Lord and Lady Carnarvon — “Geordie and Fiona” — the owners of Highclere Castle, where much of “Downton Abbey” was shot. He also met Julian Fellowes, the creator of “Downton Abbey” and the owner of Stafford House, a grand pile on the south coast of England.

“Start with the roof,” Mr. Fellowes advised the newbie about Hopwood Hall. “Make sure it is dry and go from there.”

Soon after his move to Britain, Mr. DePree started a YouTube channel, posting videos for friends and supporters to chart the progress of the restoration. He also wrote a one-man show about his travails and triumphs, and toured it at comedy festivals around the country.

The price tag for the home improvement is $13 million, with annual operating costs estimated at $800,000, Mr. DePree said. Proceeds from his show have been contributed to the cause; a chunk of the royalties from his book will go toward it, too.

“Many country houses in the U.K. have had to find ways to reinvent themselves to keep up with the enormous costs of operating, staffing and maintenance, and Hopwood Hall is on a similar path,” Mr. DePree said. He hopes to turn the manor into an arts hub for the local community and a tourist destination. A wedding destination, too. Hopwood Hall will have around 25 bedrooms to accommodate the festivities.

There are now sometimes as many as 30 paid workers and eager volunteers at the hall on a given day. “We’re moving forward quite quickly,” said Mr. DePree during a recent Zoom call as he walked through the carriage entrance, currently a holding area for the large squares of slate that will soon pave the roof. “This year has been exciting because I’ve been walking into rooms that it had not been safe to walk into before.”

But progress isn’t necessarily steady. “A few weeks ago, there was evidence that maybe there were bats in the hall, so we had to immediately halt what we were doing and check with experts and do a bat survey, because bats are a protected species,” he said.

Flying mammals are among the many complications. Hopwood Hall is also a “Grade 2* listed” building, a designation by Historic England for structures of particular architectural or historical interest. Consequently, walls can’t be knocked down willy-nilly; a newly discovered door can’t be pried open without permission.

Slowly, Mr. DePree has grasped that he isn’t in Los Angeles anymore. “I’m learning about heritage skills and understanding that you can’t use modern materials,” he said.

In other words, drywall from Home Depot is not an option. Instead, you have to locate some goat hair and, using medieval techniques, mix it with lime mortar. And no off-the-rack windows — you have to use specific glass, Mr. DePree said, “and load it into a leaded-glass window, which is a whole skill unto itself.”

Under the terms of his agreement with the Council, Mr. DePree can move into Hopwood Hall as soon as it’s safe to do so — perhaps this year. At some point, he’ll officially become the owner of the property. “We’re getting closer to the point that it can be entrusted to me,” he said.

“Obviously, the family connection was a selling point with the Council,” Mr. DePree continued. “I don’t think any of this would have happened without that connection.”

His grandfather, he said, would be proud. “He loved history and he loved his Hopwood identity,” Mr. DePree said. “Maybe several hundred years from now, people will read about this project and there will be one or two lines about me.”

Is It Risky to Provide an Apartment to a Home Aide as a Job Benefit? 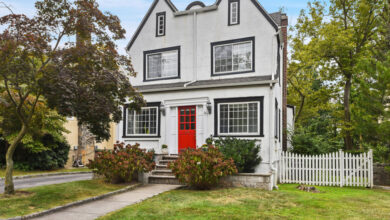 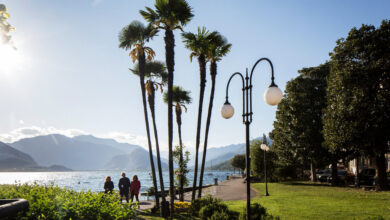 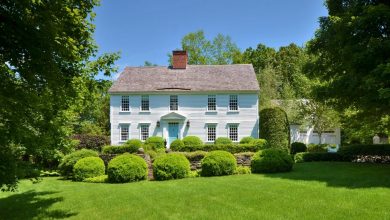