Miami trailed lowly Wake Forest 34-24 at halftime and lost 66-54, marking the fourth straight loss for the Hurricanes in the previous outing. Miami lost to Syracuse, Notre Dame, Florida State and Wake Forest during this losing streak.

The status of Mami’s leading scorer Isaiah Wong is questionable. Wong left in the loss to Wake Forest with an apparent right ankle injury with 2:17 remaining in the game. That will be worth monitoring moving forward because of the lack of available players for the Hurricanes.

Due to injuries and players leaving, Miami had just six available scholarship players versus Wake Forest. Wong averages 17.3 points (1st), 5.5 rebounds (2nd) and 2.1 assists (2nd) over 35.8 minutes per game. He also ranks first on the squad with a 24.0% usage rate and 109.6 offensive rating. If he is out, Miami is in danger.

Duke has won four straight in the series and seven of the last 10 versus Miami. Over the last two games on Duke’s schedule, they have won and covered the spread, beating Georgia Tech by seven and Clemson by 29.

Duke is 1-3 on the road this season, losing three straight, all in ACC play. Duke lost to Louisville, Pittsburgh and Virginia Tech away from Cameroon Indoor, all by single-digits. The lone road win was a 10-point victory over Notre Dame on Dec. 16. While that may be alarming, Miami is straight fade material and Duke is getting hot.

Miami is 6-10 overall and 2-9 in the ACC. The Hurricanes’ defense has the 53rd-worst rank with a 16.4 average length of possession. Miami’s main struggle on defense is defending the three-ball. Miami ranks 306th with 37.5% to opponents, while shooting even worse offensively from distance at 28.4% (323rd). Duke has attempted 16 and 31 triples in the last two games, knocking down 15/47 (31.9%). If Duke can make some quality threes or build off the 31-attempts versus Clemson in the previous game, they could and should win by double-digits.

Duke has scored at least 75 points in every win this season, including the lone road victory. Duke’s Team Total is 74.5 (-135) on BetMGM, and I love that number here as the Blue Devils should get the victory. Matthew Hurt leads Duke ranking top five in the ACC for scoring (18.7), field goal percentage (.538) and rebounding (7.8). Hurt’s 18.7 points per game is a +8.93 increase from last season, the third-best in the ACC. Jalen Johnson, Wendell Moore and DJ Stewart are all valuable scoring threats for the Blue Devils too.

In Duke’s last game, six players scored nine or more points versus Clemson. In road games this season, Duke has struggled to get a plethora of points from various players, but the Blue Devils have improved each outing over the last four in that area. Duke has scored 65, 73, 75 and 79 points in the last four games. I expect Duke to exceed 70-plus points and keep that 75 or more streak alive in wins this season. Duke has scored 70, 83, 87 and 95 points over the last four meetings versus Miami and won by eight or more in all four.

Wow, did Oklahoma get away with a victory in their last game versus Alabama. In the final two minutes, either team could have won, but the Sooners walked away with the win, covering in six straight games and eight of its last nine – a bettors dream.

Oklahoma will again be without starting point guard Austin Reaves in this contest because of COVID. These two teams met in Oklahoma earlier this season, with Texas Tech winning 69-67. The Red Raiders held Reaves to 13 points in 34 minutes, so his absence will be crucial as one of the leaders for the Sooners. Three Texas Tech players scored 16 or more points versus Oklahoma in the first meeting so the Sooners will have more than a few players to slow down.

Terrence Shannon and Matt McClung have been on fire for the Red Raiders the past few games. McClung has scored 22 or more in four straight games and 16 or more in seven straight. Shannon has scored double-digits in six of the last seven games, including 14 or more points in three of the previous four games.

Versus Oklahoma, Shannon scored 21 points and McClung 16. Shannon averages 14.7 points in Big 12 play and McClung, 21.0 per game in his first season as a Red Raider. McClung has scored 16 or more in every conference game, and I look for that to continue versus the Sooners.

I will be betting on some player props in this game, as I lean Texas Tech to get the win but do not feel comfortable with the spread. If your book does not offer player props, a solid bet on the Red Raiders is the Team Total of 71.5 (-140) on Bet MGM. I like that number as a strong lean. If you want action but cannot decide which team will win, go with Tech’s Team Total.

I am looking for McClung’s point total to open around 16.5 and play his line up to 17.5-18 for 1u. Shannon’s ideal line would be 13.5-14.5 versus Oklahoma, which will be my target number. Shannon’s line could be juiced because of his 21-point effort in the previous game, but he is still worth a solid look. I will update on Twitter what I play for this game as props have yet to be released. 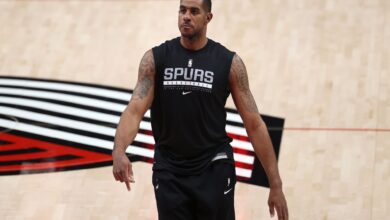