Inspired by Papa Murphy’s cinnamon pizza, this dessert pizza has all of the goodness of a cinnamon roll! Buttery brown sugar cinnamon spread on top of quick and easy pizza dough and drizzled with a cream cheese glaze will make you go back for seconds!

I love cinnamon desserts. And cinnamon breakfasts. Really, you can never go wrong with adding cinnamon to your list of ingredients! Check out some more of my favorite cinnamon treats like these Quick 45 Minute Cinnamon Rolls, this delicious Cinnamon Roll Monkey Bread, or these amazing Baked Cinnamon Sugar Apple Chips! Trust me, you definitely want to try them all.

What is a Cinnamon Roll Dessert Pizza?

We love pizza night at our house. And they have been getting more frequent these days because we are so busy! My boys always beg me to make homemade pizza instead of ordering out. But it doesn’t stop with the main course as pizza… they want it for dessert too! And I must say, once you try this out, you will want to make it over and over again!

This dessert pizza has all of the classic signs of a cinnamon roll. The delicious cinnamon taste and yummy cream cheese topping. This pizza dessert, however, takes your cinnamon roll to the next level. The cinnamon mixture has some delicious oats for a heartier texture! Oh, and did I mention that you can make this with simple pizza dough? If you don’t have the time to make cinnamon rolls, this is a great option, not to mention it’s unique and everyone loves it!

It all starts with my quick and easy pizza dough. It only requires 20 minutes of rest time, so you can have your pizza in and out of the oven in no time at all! Check out the recipe card at the bottom of the post for exact measurements and ingredients.

How to Make a Dessert Pizza

This cinnamon roll dessert pizza is so simple and easy that it will definitely be a go-to dessert at your house! Not to mention that you can even buy pre-made pizza dough to make it that much easier!

To Make the Spread

To Make the Glaze

Can I Use Refrigerated Pizza Dough?

Yes! If you don’t have time to make dough from scratch for this cinnamon dessert pizza then you can use a can of refrigerated pizza dough! This makes things so simple. All you have to do is roll it out and then add on the toppings and bake!

How to Store Leftovers

This cinnamon roll dessert pizza makes delicious leftovers!! All you have to do is once your dessert pizza has cooled, cover it with some foil or place it in an airtight container. Put it in your fridge, and it will last 3-4 days. You can reheat it in the microwave, or you can eat it cold! Either is delicious!

If you love pizza but are ready to change up the game, I have some recipes for you! After you make this delicious cinnamon roll dessert pizza, you have to try all of these others! They are unique, yummy and then you can really have pizza for every occasion!

To Make the Spread

All nutritional information is based on third party calculations and is only an estimate. Each recipe and nutritional value will vary depending on the brands you use, measuring methods and portion sizes per household. 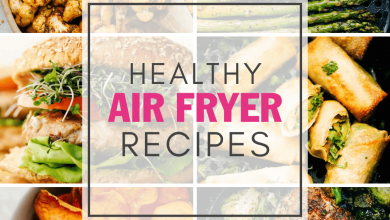 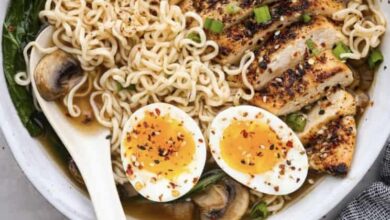 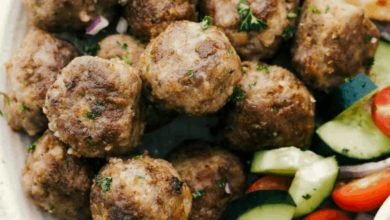 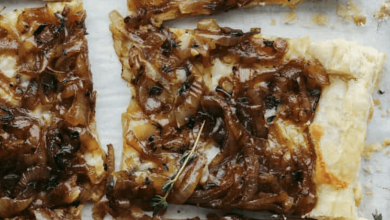