The Echo Show 15 now comes with the Fire TV interface, thanks to a software update that started rolling out last week. Amazon’s largest smart display already offered a few streaming apps, but the update brings more streaming services, more live TV options, and a native YouTube app on an Echo device for the first time since 2017. It makes the Echo Show 15 a better television but a slightly worse smart display.

If your main beef with the Show 15 was the limited video options, this is a great update. But it does remove some touch functionality from the Show 15 and makes it more reliant on either voice control through Alexa, a new physical remote option, or a truly baffling on-screen remote.

With Fire TV, Amazon’s large display now has way more streaming content than before, including native apps for YouTube and YouTubeTV. But the software is sluggish compared to a dedicated Fire TV, and the update removes some touch functions from this touchscreen smart display.

When Amazon launched its big-screen Echo Show last year, it was touted as an ideal kitchen TV slash household hub: a digital bulletin board for shopping lists and notes, a family calendar, and more that could also keep you entertained while munching on Cheerios or mopping the floor.

But with all those features crammed onto one device, it didn’t do any of them particularly well. The wall-mountable smart display can fit easily into a kitchen without taking up counter space, and I liked the portability of using it with the tilt stand (sold separately). But watching TV on the Echo Show 15 just wasn’t a great experience, mainly because of the limited number of video apps.

At launch, the Show 15 had full HD resolution streaming from Netflix, Prime Video, and Hulu Live. Sling TV came along a little later. But there was no YouTube TV, no Disney Plus, no HBO Max or Paramount or Peacock.

Sure, I could binge-watch Ozark on Netflix while cooking dinner or stick my tween in front of Naruto while she ate her breakfast. Still, overall, it wasn’t compelling enough to evict the nearly-as-capable Echo Show 10, with its smaller but useful rotating screen, from my kitchen counter.

But with Fire TV on board, the Show 15 becomes a bonafide streaming device. That’s in addition to a smart speaker, digital picture frame (a Photo Frame update vastly improved this function), video calling device, and bulletin board. As a YouTubeTV subscriber, I can now watch TV in my kitchen on a larger display than the Nest Hub Max I currently use.

It’s also refreshing to have access to nearly all my streaming subscriptions on one device. There are a couple of notable exceptions: there’s no BBC app, and the Apple TV app is missing, even though it’s on the regular Fire TV interface. Luna, Amazon’s cloud gaming service, is also absent. Sideloading apps is also not supported, according to Amazon, although some have found workarounds.

Don’t get me wrong: this is not going to replace your main living room TV, and it’s hardly the best picture quality money can buy. But for a second (or third or fourth) screen in a kitchen or office or as a multi-functional single-screen slash smart speaker in a guest room, it’s a good option.

Fire TV on the Echo Show 15 is a free — but mandatory — update that brings the standard Fire TV interface to the smart display. It comes with almost all the same apps and content as on a Fire TV streaming stick (other than those noted above) and adds the option of using an Alexa remote control — a new experience that I actually really liked.

The downside is the Fire TV interface is the same one found on Amazon’s streaming sticks, and it’s not designed for touch: you have to use a Fire TV remote control or a new on-screen remote to navigate it.

Amazon says this is because those apps were initially developed for a TV interface. Sure, but the Echo Show 15 already had native touch-enabled apps for Netflix, Hulu, and Sling TV, but those have been replaced with remote-only apps inside the Fire TV interface. Prime Video remains a touch experience, as does the main Fire TV screen. Amazon has not said if the Fire TV capability is coming to the Show 10 or 8, so as of now, those still support touch on the existing apps.

While you can still interact with the touchscreen while in Fire TV mode — swipe from the top for quick access to the standard Show shortcuts and right to left to bring up widgets — it’s frustrating that Amazon didn’t bother modifying the Fire TV interface to account for the fact that it’s on a touchscreen device.

This is a smart display, first and foremost, and I’m used to tapping and swiping to access my shopping list, turning on my smart lights, and viewing my calendar. Using an on-screen virtual remote to interact with menus on a different part of the same screen takes some getting used to. It works reliably and is easy to navigate with, but my brain has to readjust each time. It’s like when you switch from using an iPad to a MacBook.

The interface works much better with a physical remote, of course, especially in a sit-back-and-watch environment. I tested with a third-gen Fire TV Alexa voice remote ($29.99). You can use other Alexa remotes, but functionality varies. Amazon says the third-gen is the most complete experience, and it’s offering the remote for $9.99 if you order it through the Echo Show 15. You can also use the Fire TV mobile app on a smartphone. But in the Show’s native environment — the kitchen — voice control is still more useful.

The third-gen remote has a TV button that takes you right to a program guide for any live channels you have available, plus four dedicated buttons to launch Prime Video, Netflix, Disney Plus, and Hulu. You can also launch any Fire TV app or specific show, movie, or live TV channel with your voice. This also includes YouTube and YouTube Kids. Yes, for the first time since 2017, there are native YouTube apps on an Echo Show. For some, that alone is worth the price of admission.

Another thing you lose is the ability to play some content in portrait mode. The Show 15 can be mounted horizontally or vertically, but once you enable Fire TV, the only services that play video in portrait orientation are YouTube’s apps, HBO Max, Disney Plus, and Prime Video. Everything else simply won’t work. Amazon says it’s working on adding more support for portrait video.

I am a telly addict: I always have a screen showing some sporting event — usually tennis, currently football [Ed note: soccer] — or other background chatter. I work from home, so it keeps me company. The Echo Show 15 now fills that need nicely while also providing more functionality than most standard TVs.

Of course, TVs are moving toward becoming full-fledged smart displays — capable of doing much more than just streaming your favorite shows. Samsung is turning all its TVs into SmartThings hubs that will support Matter (the Echo Show 15 will also be a Matter controller), and many TV brands can be controlled by voice as well as remote controls (not touch, though!)

Today, the Show lets me stream live views of my connected smart home cameras — even picture-in-picture while watching TV — and can pop up a live feed from compatible video doorbells when someone comes knocking. I can also use voice or touch to control smart home devices and do everything else Alexa offers.

Many smart TVs can do all this, too, often with additional hardware. But we’re clearly moving toward a combined world here, and this is a small step in that direction. Whether that’s a direction we want, however, it’s a bit too early to tell. 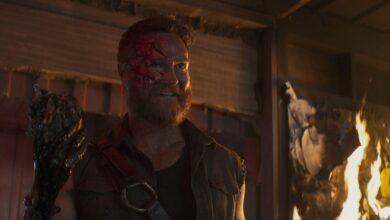 Mortal Kombat: Fatalities and Easter eggs from the 2021 movie

PS5 restock update: How to buy a PlayStation 5 at Target, Walmart, Best Buy and other major retailers 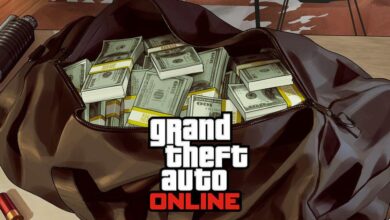 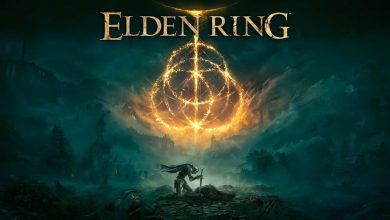