The New York Rangers and New Jersey Devils faced off against one another for the first time this season on Tuesday night, reigniting an old rivalry that has gone to the wayside as both clubs tread their way through terrible hockey and the draft lottery.

What was supposed to be the Battle of the First Overall Picks — with Jack Hughes and Alexis Lafreniere were on the same NHL ice surface for the first time — turned into a one-sided bout that peaked in a moment for hockey coaches around the world to fan themselves over. Up late at night, thinking about it over and over again until they burst out of their fantasy sequence after they catch themselves repeating, “oh, mister,” in a Louisiana twang. Probably.

That moment: Rangers forward Brendan Lemieux diving in front of a couple hard-nosed shots coming off the stick of Devils blueliner P.K. Subban, and flopping around like an injured fish.

With the opposition holding a two-goal lead late in the second period, Lemieux might have believed he had the willpower to stop those shots leading to game-breaking goals, but coming from a defenseman that hasn’t scored a goal in 11 months, it might have been unlikely. Just a minute or so before the blocked shots, Subban got a goal called back due to a coach’s challenge for the play being offside. And then to get your next two shots blocked by some weirdo in a Rangers jersey? Damn.

In the middle of the sequence that is no doubt going to be shown in the video room later, Lemieux appears to lose an edge on the skate that blocked the initial shot. Whether it was the blade coming loose or some other mechanical issue, it led to hilarity.

The Devils ended up being the victor — no matter how many blocked shots they had — with an end score of 4-3. The aforementioned Hughes was able to contribute a breakout performance to the win, scoring a career-high two goals, while also contributing with an assist.

On the other side of the teenage coin, Lafreniere came away without a point and has not yet registered one three games into his professional career. He will get another opportunity to notch one with the Rangers facing the Pittsburgh Penguins on Friday.

Maybe Lemieux will rejuvenate his self-indulgent heroics too.

Fintech startups and unicorns had a stellar Q4 2020 – TechCrunch 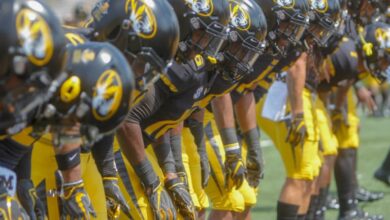 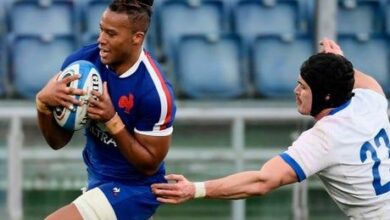 Is Ireland vs France on TV today? Kick-off time, channel and how to watch Six Nations fixture 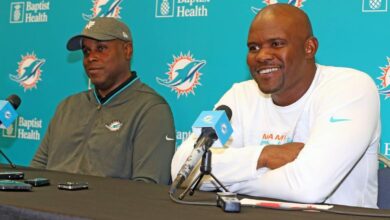