Could the Dallas Cowboys place Dak Prescott under the franchise tag for the second consecutive year? ESPN’s Todd Archer gives a bold prediction of there being no resolution before the July 15 deadline. The outlet looked to identify one bold prediction for the offseason of each of the 32 NFL clubs, and for Dallas the landing spot clearly needed to be at the quarterback position.

With the NFL salary cap expected to decrease from 2020’s $198.2 million and seemingly no movement from either the Cowboys or Prescott’s representatives, the March 9 franchise tag deadline becomes the next big hurdle in the contract saga. The club will undoubtedly start ticking, but Archer feels it will expire without an agreement being made.

“Despite both sides saying they want to get together with a multiyear commitment, the circumstances to get one done this offseason are much more difficult with a shrinking salary cap. How can they break the roadblock that has been there the past two offseasons? Without a long-term deal Prescott will play the 2021 season on the franchise tag for the second straight year, earning $37.7 million and all but cementing a departure in 2022 with the franchise tag rising then to more than $52 million.”

If Dallas cannot find a way to get the two-time Pro Bowler signed to a long term deal before the July 15 deadline, could the front office potentially consider trading him?

A third consecutive franchise tag would be extremely costly, over $54 million, and likely unfeasible for the Cowboys.

Letting Prescott walk in 2022 would qualify Dallas for a potential third-round compensatory pick in the 2023 NFL draft. Dallas would receive a much more lucrative haul if they were to trade him prior to that point.

Either way a cap hit of $37.7 million in 2021 would be a hard pill to swallow, but not impossible, for a Dallas team is in desperate need of upgrading their talent on defense.

Trask competed for a Heisman, would Cowboys pose as stiff arm or landing spot?

Why Rose Cultivation Isn't For Me

How to Wear Two Masks Properly

Springfield baseball coach Whitmire back at home after cancer scare 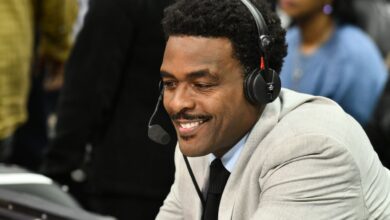 Chris Webber on the Hall of Fame, Fab Five 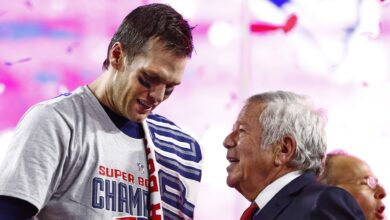