LatticeFlow, an AI startup that was spun out of ETH Zurich in 2020, today announced that it has raised a $2.8 million seed funding round led by Swiss deep-tech fund btov and Global Founders Capital, which previously backed the likes of Revolut, Slack and Zalando.

The general idea behind LatticeFlow is to build tools that help AI teams build and deploy AI models that are safe, reliable and trustworthy. The problem today, the team argues, is that models get very good at finding the right statistical patterns to hit a given benchmark. That makes them inflexible, though, since these models were optimized for accuracy in a lab setting, not for robustness in the real world.

“One of the most commonly used paradigms for evaluating machine learning models is just aggregate metrics, like accuracy. And, of course, this is a super coarse representation of how good a model really is,” Pavol Bielik, the company’s CTO explained. “What we want to do is, we provide systematic ways of monitoring models, assessing their reliability across different relevant data slices and then also provide tools for improving these models.”

Building these kinds of models that are more flexible yet still provide robust results will take a new arsenal of tools, though, as well as the right team with deep expertise in these areas. Clearly, though, this is a founding team with the right background. In addition to CTO Bielik, the founding team includes Petar Tsankov, the company’s CEO and former senior researcher and lecturer at ETH Zurich, as well as ETH professors Martin Vechev, who leads the Secure, Reliable and Intelligence Systems lab at ETH, and Andreas Krause, who leads ETH’s Learning & Adaptive Systems lab. Tsankov’s last startup, DeepCode, was acquired by cybersecurity firm Snyk in 2020.

It’s also worth noting that Vechev, who previously co-founded ETH spin-off ChainSecurity, and his group at ETH previously developed ERAN, a verifier for large deep learning models with millions of parameters, that last year won the first competition for certifying deep neural networks. While the team was already looking at creating a company before winning this competition, Vechev noted that gave the team the confirmation that it was on the right path.

“We want to solve the main AI problem, which is making AI usable. This is the overarching goal,” Vechev told me. “[…] I don’t think you can actually found the company just purely based on the certification work. I think the kinds of skills that people have in the company, my group, Andreas [Krause]’s group, they all complement each other and cover a huge space, which I think is very, very unique. I don’t know of other companies who have covered this range of skills in these pressing points and have done groundbreaking work before.”

LatticeWorks already has a set of pilot customers who are trialing its tools. These include Swiss railways (SBB), which is using it to build a tool for automatic rail inspections, Germany’s Federal Cyber Security Bureau and the U.S. Army. The team is also working with other large enterprises that are using its tools to improve their computer vision models.

“Machine Learning (ML) is one of the core topics at SBB, as we see a huge potential in its application for an improved, intelligent and automated monitoring of our railway infrastructure,” said Dr. Ilir Fetai and Andre Roger, the leads of SBB’s AI team. “The project on robust and reliable AI with LatticeFlow, ETH, and Siemens has a crucial role in enabling us to fully exploit the advantages of using ML.”

For now, LatticeFlow remains in early access. The team plans to use the funding to accelerate its product development and bring on new customers. The team also plans to build out a presence in the U.S. in the near future.

Conversa Health expands its Series B round to $20M – TechCrunch

Microsoft invests in Cruise in new $2 billion round – TechCrunch

Pipe, which aims to be the ‘Nasdaq for revenue,’ raises more money at a $2B valuation – TechCrunch 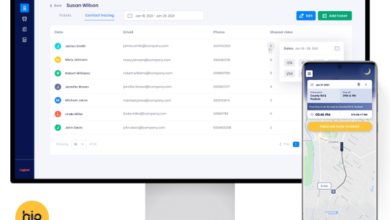 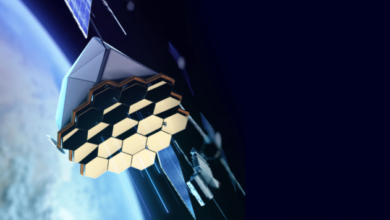