EV battery swapping startup Ample has locked in two partnerships this month that will help fuel an expansion into Japan and New York City after years of working on the technology. The startup, which was founded in 2014 and came out of stealth in March, said Tuesday it has partnered with Japanese petroleum and energy company Eneos to jointly deploy and operate battery swapping infrastructure in Japan.

Over the next year, the two companies will pilot Ample’s fully automated swapping technology with a focus on ride-hailing, taxi, municipal, rental and last-mile delivery companies. Ample and Eneos will also evaluate whether swapping stations can offer other uses, such as a backup source of power for the energy grid. It is still early days for the partnership and few details have been disclosed; Ample, for instance didn’t share when the pilot program would begin or where in Japan it would initially launch. However, even with these scant details, Eneos’ interest signals that battery swapping — at least for Ample — is gaining some believers.

The Eneos announcement comes a few days after Ample launched a separate partnership with Sally, a New York City-based EV rental company for ride-hailing, taxi and last-mile deliveries. Ample and Sally will roll out five to 10 stations in NYC by the fourth quarter of this year, with plans to expand into other markets in 2021, according to Khaled Hassounah, founder and CEO of Ample.

Ample’s partnership with Sally will also expand to San Francisco in the next couple of months. Depending on the cost of using both services, this might be an advantageous deal for ride-hailing drivers in California, at least, where the state just decreed 90% of Uber and Lyft drivers must be in EVs by 2030.

“The goal is to ultimately make swapping stations as ubiquitous as gas stations,” Hassounah told TechCrunch.

Ample came out of stealth this March with five operational stations in the Bay Area and a partnership with Uber that entails drivers renting vehicles directly from Ample that have been retrofitted with the startup’s battery technology.

“The Ample architecture is designed to be integrated into any modern electric vehicle,” Levi Tillemann, VP for policy and international outreach at Ample, told TechCrunch. “Unlike a standard electric vehicle, where you have a battery pack that is never meant to be removed from the car, with the Ample system, you replace the battery pack with an adapter plate that essentially shares the exact same dimensions as the OEM designed battery pack. That adapter plate is the architecture that allows for battery swap.”

Ample’s standardized battery modules work with every vehicle that has been configured to run on the Ample platform, says Tillemann. With Ample’s partnership with Sally, the company will begin stepping away from running its own fleet, which it essentially launched to prove its business model. The company will work with Sally and probably other fleet and rental companies in the future to make vehicles Ample-enabled.

“Ample’s battery swapping works with any electric vehicle and dramatically reduces the cost and time it takes to install EV infrastructure by being a drop-in replacement for the OEM battery and does not require any modification to the car (either hardware or software),” said Hassounah.

One of the concerns that puts ride-hailing drivers off switching to EVs is the amount of time it takes to charge a battery. Hassounah says swapping a battery only takes 10 minutes, but that the company aims to reduce that to five minutes by the end of the year. Having a more efficient and seamless process might help ride-hailing drivers and logistics companies make the switch.

“Currently, drivers pay 10 cents per mile for swapping services, including energy, and the range varies based on the car model and battery size,” said Hassounah. “The price of the service varies depending on the price of electricity, but our goal is to have it be 10% to 20% cheaper than gas.”

When drivers want to swap a battery, they’ll use Ample’s app to find nearby stations and then initiate the autonomous swap. Each station can serve about five to six cars per hour, but the company expects to be able to serve double that by the end of the year. That said, this also depends on the amount of available power at a given site.

Tillemann says as Ample expands, the company aims to one day work with existing OEM partners to offer consumers the choice of having Ample production plates installed into their new vehicles on the production line.

“Our unit costs are very favorable for the battery swap systems,” he said. “They do not cost a lot to deploy, and that means, with a relatively low number of vehicles our battery swap architecture is economical and profitable.”

Eneos, which previously invested in Ample, according to the company, is committed to providing the next generation of energy supply. The company is also exploring hydrogen and recently partnered with Toyota’s Woven City, a futuristic prototype city that’s being built in Japan, to power the metropolis using hydrogen. 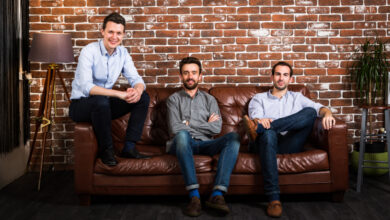 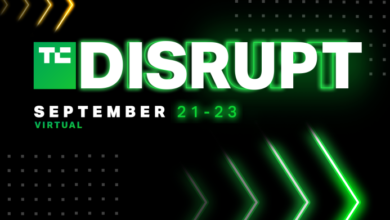