Mar. 31—JACKSONVILLE — If you run into Jacksonville State’s Nash Adams today, please for the love of all that is holy, don’t tell him his batting average.

He’d rather not know.

He says he doesn’t look at the scoreboard when it’s listed, and when family or teammates try to tell him, he tends to zone out and not listen.

He doesn’t have to be told the exact numbers to know it’s awfully good these days. He went 2-for-4 with a walk in Tuesday’s 5-4 home loss to Samford, and that moves his average up to .370. That is tied with Jaylen Williams for the best on JSU’s team.

“If you tell me what I’m batting, it’s not that big a deal,” the outfielder said with a smile. “To me, though, I’d rather think about the wins and losses. At the end of the day, at the end of the season, no one is going to know my batting average. But, if we win an OVC title and make a regional run, a super regional run, people will remember that stuff a lot more than batting averages.”

Even so, it’s worth noting what Adams is hitting because it’s a big jump from past seasons. He hit .255 as a freshman when JSU won the OVC in 2019. He struggled last year and hit .167 in a season shortened by COVID-19.

He said that this year as a junior, he tried to put in the work to make himself a more productive hitter. It’s paid off.

“It’s mindset and approach,” Adams said. “Baseball is a game where you fail a lot. I think last year, I was failing a lot, and I think I was having the wrong reaction to it, instead of trying to pick up my teammates and get back in there. I think this year, I’m having fun.”

JSU coach Jim Case has noticed. He said he began the year batting Adams in the ninth spot in the batting order, allowing him to hit without pressure. He eventually moved him to the seven-hole, then the six-hole.

In this past Saturday’s doubleheader sweep of Tennessee Tech, Adams hit second. Against Samford, he batted leadoff.

“Everywhere I put him, he keeps hitting,” Case said.

The 5-foot-11, 195-pound Adams originally was set to play football out of Helena High School. If you search the Internet, you shouldn’t have trouble finding highlights of him as a hard-hitting football defensive back.

He even signed with Harding University before changing his mind during the spring of his senior season. Case said Adams has a football mentality of “work, work, work.”

“He’s very, very athletic, obviously, if he signed with football and can play Division I baseball,” Case said. “Those guys, the more they play, the better they get. The time he’s put in, and the work that he’s put in is paying off for him.”

—Tre Kirklin went 2-for-5 with an RBI. Jaylen Williams was 3-for-5 with two doubles and two RBIs.

—Alex Webb was 1-for-5 with two runs, and Isaac Alexander was 1-for-3. He’s returning from an injured quad muscle and came out after six innings. He played four innings each day Friday and Saturday against Tennessee Tech. Before that, he missed six games with the injury.

—Isaiah Magwood pitched the first three innings and didn’t give up a hit, although he allowed three walks. His ERA is down to .408 after some early struggles.

—Case on Magwood: ” I thought it was a mixed bag. He was for the most part around the plate but he wasn’t on the plate because we walked three guys in three innings. At the same time, the stuff was good. They weren’t hitting balls hard. I thought it was good. Right now, he’s working as hard as he can, but the whole idea is to control the strike zone, and when he does that, he borderline has the best stuff of anybody we have. I think him and Christian (Edwards), you can argue it.”

—Case on Alexander playing six innings as he returns from the injury: “What we’ve decided to do is make decisions before the game about how much he plays, so we don’t get into the game and be emotional about it. It gives him a goal. This is what you’re going to play. Obviously, we’re a better team with him in there. But, I want him to play for the rest of the year. I don’t want there to be a hiccup and all of a sudden, he’s out for two weeks.”

—JSU (11-12) will play at Southeast Missouri for a single game Friday at 5 p.m. and a doubleheader Saturday at 2 p.m.

Here's How The Internet Reacted 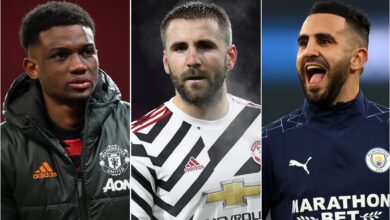 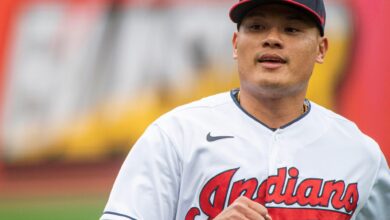