Men’s singles matches in the four Slams are still the first to three sets, although tiebreaks have now been introduced to shorten fifth sets at Wimbledon and the Australian Open, along with the U.S. Open which made the move 50 years ago.

McEnroe believes that with so much choice for television viewers these days, matches lasting five hours or more could turn fans off the sport. The American believes a championship tiebreak (played to 10) should replace a fifth set.

“I was always looking for that solution in the middle, which is best-of-five, but say a 10-point tiebreaker at the end of the fourth set,” ESPN’s McEnroe said in a conference call.

“That would be my compromise. I wouldn’t make it two-out-of-three now at the majors. I would still have it different.

“But we want this sport to grow, for God’s sake. We shoot ourselves in the foot all the time. I don’t understand it. We have this incredible sport, so we should try to make it as accessible, so that they want to tune in.

“That would be a no-brainer personally. I mean, I’ve been saying that for 30 years.”

The longest match ever also famously took place at Wimbledon in 2010 with Isner involved again, beating Frenchman Nicolas Mahut in 11 hours and five minutes over three days with the final set going to 70-68.

McEnroe’s compatriot Chris Evert also believes a tiebreak to 10 points would be a fair way to settle matches tied at two sets apiece in the Grand Slams.

“I go along the junior circuit, that’s all they do, the ITFs. There’s still enough points in a 10-point tiebreak so that you can play your way into the tiebreak,” she said. 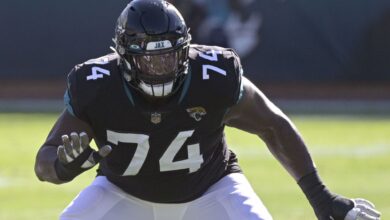 Jaguars planning to use franchise tag on LT Cam Robinson 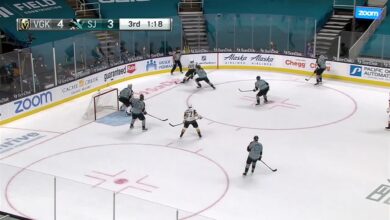