Tier 2 cities performed the worst with a mere 17% ownership of term insurance plans.

While COVID-19 has pushed India to become more proactive towards financial planning, the attitude towards financial protection across metros, Tier 1 and Tier 2 cities remains strikingly different. Max Life Insurance’s India Protection Quotient (IPQ) 3.0 in association with KANTAR reveals that metros continue to feel the most financially protected with a quotient of 43, whereas Tier 1 and Tier 2 cities had a protection quotient of 38 and 33, respectively. Against the sharp increase in the knowledge of life insurance across India, the life insurance ownership level had risen the most to 66% in Tier 1 cities, however metros lead with 83% and Tier 2 cities were the least insured at 62% life insurance ownership.

Across term insurance knowledge and uptake, 65% of Tier 1 were aware of term insurance products, the most amongst metros (63%) and Tier 2 (45%). Despite that, conversation rate remained lower across Tier 1, registering only 30% term insurance ownership, whereas metros were the most financially protected in the face of adversities, with 33% term ownership. Tier 2 cities performed the worst with a mere 17% ownership of term insurance plans.

Despite being the most financially protected, metros witnessed the biggest dip of 6% in security levels to 62% in IPQ 3.0 from an earlier 68% in IPQ 2.0. Expectedly, Tier 2 cities continued to register the lowest security level of 46%, while Tier 1 had the lowest decrease of 3% to 61% in IPQ 3.0 compared to 64% in IPQ 2.0. The survey demonstrates that there’s much work to be done across smaller cities, especially Tier 2 to increase the level of financially security and long-term protection.

Max Life Insurance bears the responsibility of the accuracy and completeness of the above article.

Disclaimer: This is an advertorial and NDTV is not responsible for the accuracy of the content. 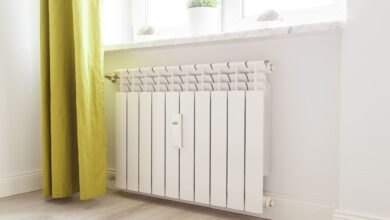 Petrol, Diesel Rates Cut Up To 18 Paise Across Metros On Wednesday