Over the past two decades, the people who make economic forecasts for a living have repeatedly made the same mistake: They have been too optimistic.

Wall Street economists have done it, as have officials at the Federal Reserve and other government agencies. I recently dug through the past 15 years of G.D.P. predictions from professional forecasters — all made two years in advance — and you can see the results here:

In 12 of the 15 years, the average forecast was too rosy. And the eight largest errors were all in the direction of overexuberance.

These mistakes have had real costs. Policymakers, believing the economy was stronger than it was, have done too little to stimulate growth and have worried too much about whether an overheated economy might spur inflation. Fed officials, for example, have been less aggressive in reducing interest rates than they later acknowledged was appropriate. Officials in Congress and the White House have sometimes obsessed over the deficit and failed to stimulate job growth.

As a result, the U.S. has rarely reached a stage that economists describe as full employment, when the economy is operating close to capacity and virtually everybody who wants a job has one.

The economy spent large parts of the 1940s, ’50s and ’60s near full employment, with the unemployment rate at about 4 percent or less — and wages surged. The country also approached full employment in the late ’90s and briefly did so again before the pandemic began. Again, incomes rose, not just for the wealthy.

“In recent years, the U.S. has spent little time in this hallowed place economists call ‘full employment,’” The Wall Street Journal wrote last week. If the Biden administration has one early economic goal, it’s to return the country to that place.

Why economists are fighting

The goal helps explain an argument that has broken out recently among top economists.

Several who normally support aggressive government action to stop an economic downturn — like Olivier Blanchard, a former International Monetary Fund official, and Larry Summers, the former Treasury secretary — have criticized President Biden’s proposed $1.9 trillion virus relief bill as too big. They argue that the economy can recover strongly on its own once many people are vaccinated later this year.

Why? Consumer debt is relatively low, and many households are in good financial shape, thanks to a mixture of a high saving rate, rising home values and rising stock prices. And Congress just passed a $900 billion stimulus package in December.

Given all of this, the critics say that Biden’s $1.9 trillion stimulus program is unnecessary and may cause inflation, which would then lead the Federal Reserve to raise interest rates. “Why force the Fed to in effect cancel some of the Biden package?” Blanchard has written. (Summers made the longer version of the case in a Washington Post op-ed.)

Biden aides counter that normalcy — when a vast majority of Americans have been vaccinated — remains months away. Last week’s jobs report shows that the economy has stalled, and some coronavirus benefits programs are scheduled to expire next month. Without a big new package, Janet Yellen, the Treasury secretary, said on CNN yesterday, the economy would suffer through “a long, slow recovery.”

The risk that Biden accepts

It’s impossible to know which side is right. Both make credible cases, and the future is inherently uncertain.

But the strongest part of the Biden argument may be its recognition of recent history. The U.S. economy has struggled to grow at a healthy pace for most of the past two decades, and policymakers have repeatedly done too little to help it. Biden is choosing not to make that same error again and instead to make full employment his No. 1 goal, even with the risks that approach brings.

“The idea that we should pare back now, out of a future fear that maybe we might possibly do too much, just doesn’t seem consistent with the economic evidence we have in front of us,” Heather Boushey, a member of Biden’s Council of Economic Advisers, told Reuters. “The cost of inaction far outweighs the costs of perhaps doing a little bit too much.”

Full employment brings benefits that are very difficult to achieve otherwise. It lifts incomes — and the national mood, as happened in the late 1990s. It reduces poverty without relying on government spending. It helps workers develop skills that improve their long-term prospects.

As Boushey and Jared Bernstein, another Biden adviser, wrote in a recent White House blog post, “Getting back to full employment, as quickly as possible, will make a major difference in the lives of tens of millions of people, particularly those most at risk of being left behind.”

A Morning Listen: Was a cigar-shaped object that zoomed through our solar system in 2017 a piece of alien technology?

From Opinion: The columnists Gail Collins and Bret Stephens in conversation.

Lives Lived: Leon Spinks had fought professionally only seven times when he defeated Muhammad Ali in 1978. It was one of boxing’s greatest upsets — though Ali then beat him seven months later. Spinks has died at 67.

How pop culture is portraying the pandemic

Is it possible to make great entertainment about a continuing global crisis — and will people watch it? Hollywood and TV networks believe so.

HBO Max has already released “Locked Down,” which follows an unhappy couple (Anne Hathaway and Chiwetel Ejiofor) who use quarantine to plot a heist. The ABC medical drama “Grey’s Anatomy” has devoted its 17th season to the coronavirus, with several characters falling ill. On the NBC sitcom “Superstore,” the main characters take their breaks in an airy warehouse so they remain distant. And on several other shows, like “NCIS: New Orleans,” plotlines include masks.

It’s still too early to gauge the appetite for such shows. There has been no runaway hit about the pandemic. But directors and writers say they need to try.

“Our show takes place in a store,” Jonathan Green, a “Superstore” showrunner, told The Times. “We felt like it actually might be distracting if it was business as usual.” There is also precedent. Steven Knight, the screenwriter of “Locked Down,” said that World War II quickly spawned novels, films and comic books. By 1940, Charlie Chaplin starred in a satire about Nazis called “The Great Dictator,” and “Casablanca” came out two years later.

What is Google Pigweed and what could it do? 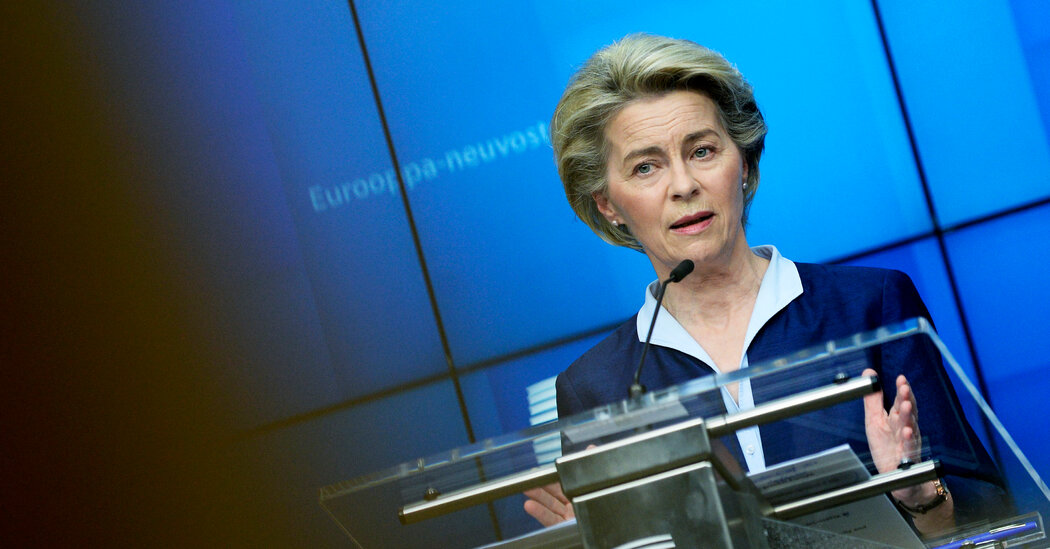 The E.U. will propose a vaccine passport system for Europe. 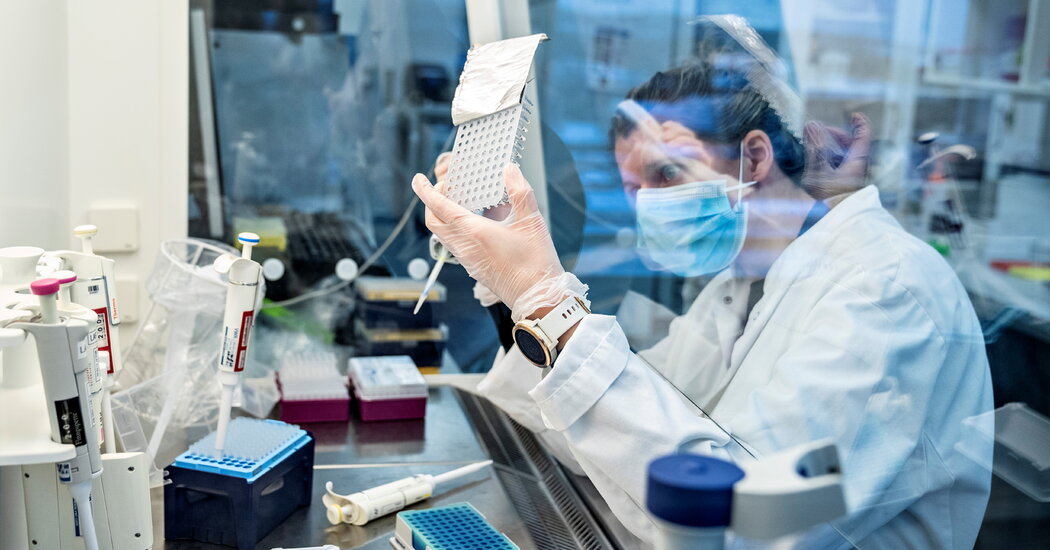 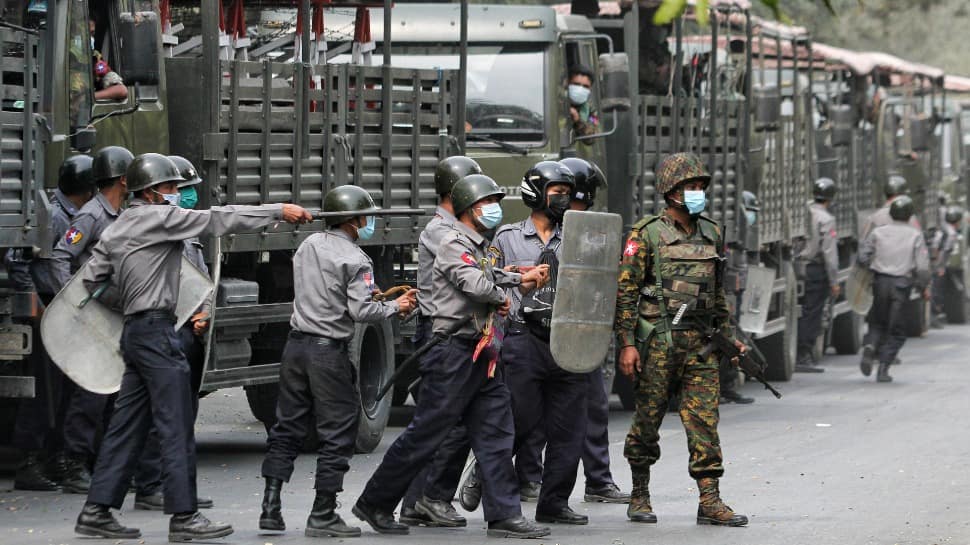 The GameStop mania might be over, but retail investors look here to stay