Like in previous years, Samsung used its latest Galaxy Unpacked event to announce a slew of new devices, including the Galaxy Z Fold 3 and Galaxy Z Flip 3. The two smartphones are already available for preorder starting at $1,799.99 and $999.99, respectively, and will launch alongside the Galaxy Buds 2 and a handful of other devices on Friday, August 27th.

How to preorder the Galaxy Z Fold 3

The Galaxy Z Fold 3 is Samsung’s latest foldable, yet it seems to take a cue directly from the Note, adopting S Pen support as well as an optional flip case designed to hold the stylus when not in use. The forthcoming device appears to be more rugged, too, with IPX8 water resistance, tougher aluminum in the hinge, and a protective film that is supposedly 80 percent stronger than that of the Galaxy Z Fold 2.

Specs-wise, the foldable features Qualcomm’s Snapdragon 888 processor and comes in both 256GB and 512GB storage configurations, each of which features a brighter front display that runs at an adaptive 120Hz refresh rate. The Z Fold 3 also sports three 12-megapixel rear cameras — specifically a wide, ultrawide, and telephoto lens — along with a 10-megapixel camera on the cover screen and a 4-megapixel sensor beneath the pixels.

Both the 256GB and 512GB configurations of the Galaxy Z Fold 3 are available for preorder at Samsung starting today in one of three colors (silver, green, or black). Whereas the 256GB model will set you back $1,799.99, the 512GB model comes in slightly higher at $1,899.99. If you preorder either configuration between now and August 26th, however, Samsung will issue you a $200 credit that can be used toward another purchase.

Financing options are available, too, and you can save up to $800 on your Galaxy Z Fold 3 when you trade in an eligible smartphone, smartwatch, or tablet.

The Galaxy Z Fold 3 is Samsung’s latest attempt at making foldable phones more mainstream. It’s expensive, sure, but it’s also more durable than previous models and comes with a 120Hz display and support for the once-exclusive S Pen.

If you decide you’d rather preorder through your carrier, T-Mobile and AT&T offer similar pricing to Samsung, regardless of the color. You can buy the 256GB model outright for $1,799.99 (T-Mobile, AT&T) or the 512GB configuration for $1,899 (T-Mobile, AT&T), and both carriers offer financing options starting at $50 a month.

The two carriers differ when it comes to promotions, though. Both are currently offering up to $1,000 off the Galaxy Z Fold 3 if you trade in an eligible device, however, AT&T also requires you to sign up for an unlimited plan while T-Mobile requires customers to have at least one existing line with a Magenta Max, Magenta Plus, or T-Mobile One Plus plan. Like Samsung, AT&T is also offering a $200 credit toward select Samsung devices and accessories when you preorder either storage configuration by August 26th.

Verizon customers can also save in a variety of ways or preorder the Galaxy Z Fold 3 for the full retail price ahead of launch. Both the 256GB and 512GB models are available for $1,799.99 and $1,899.99, respectively, or with financing plans starting at $59.99. You can also save up to $1,000 on either configuration when you trade in an eligible phone and opt for an unlimited plan, as well as an extra $500 if you’re a new customer switching to Verizon.

How to preorder the Galaxy Z Flip 3

The Samsung Galaxy Z Flip 3 is nowhere near as expensive as the Galaxy Z Fold 3, however, it still comes at a premium. As previous leaks have indicated, the successor to the Galaxy Z Flip showcases the same IPX8 water resistance and Snapdragon 888 processor found on the Z Fold 3 and other Samsung flagships, along with a 10-megapixel selfie camera and a pair of 12-megapixel shooters on the back.

Upon its release, it will be available in seven colors — gold, purple, green, black, white, pink, and gray — and features a cover display that’s four times bigger than the cover screen on its predecessor, allowing for more notifications and making it easier to capture selfies with the main camera. The 6.7-inch interior display also now sports an adaptive 120Hz refresh rate, as opposed to the 60Hz refresh rate of the original Z Flip.

The Samsung Galaxy Z Flip 3 will be available in two configurations at launch: a 128GB model and a 256GB variant. Preorders are available starting today at Samsung ahead of the phone’s August 27th release, and pricing for the 128GB model starts at $999.99. You can also preorder the 256GB model for $1,049.99, however, unlike its smaller counterpart, it’s only available in black, gray, white, or pink.

If you preorder either device at Samsung, you’ll also receive a $200 credit toward other Samsung devices, and if you go the trade-in route, you can save up to $650.

The Galaxy Z Flip 3 — the successor to the original Flip — packs in a Snapdragon 888 processor, 128GB storage, and 8GB of RAM. It also features a cover display that’s actually practical, as well as a variety of fun, attractive colors.

For those looking to save some money on their preorder, both carriers are currently running multiple promotions on the Galaxy Z Flip 3. AT&T is offering a discount of up to $1,000 to those who trade in an eligible phone and sign up for an unlimited plan, as is T-Mobile, though, you’ll need to opt for a Magenta Max, Magenta Plus, or T-Mobile One Plus plan.

Prices aren’t that different at Verizon, either. You can preorder the 128GB version of the Galaxy Z Flip 3 in one of four colors for $999.99, or as part of a monthly installment plan for $33.33. In terms of promotions, Verizon is offering $1,000 off the foldable when you trade in your old device and sign up for an unlimited plan; new customers can also save an additional $500 to cover the cost of switching carriers. 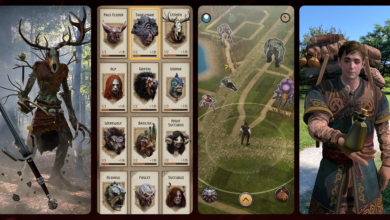 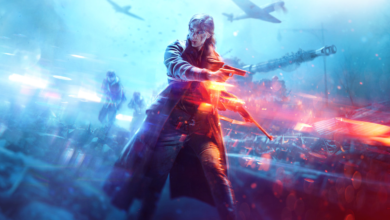