Try as you might, you can never really escape your past. That’s what Kratos, God of War: Ragnarok’s protagonist, tries to teach his son Atreus. But it’s a lesson that’s not just true for people — it’s true for games too. Ragnarok has the formidable task of following up one of the best games of the PS4 generation in 2018’s God of War. As a sequel, God of War: Ragnarok is a success. It’s a grander tale with better graphics and more-varied combat. But the shadow of God of War looms large, and Ragnarok lacks the originality and mystique that made its predecessor a once-in-a-generation delight.

To be clear, you should absolutely play God of War: Ragnarok. It’s outstanding. Just be aware it may not captivate you quite like God of War 2018 did.

That God of War was special because of the thoughtful way it reinvented an iconic franchise. The original God of War trilogy, which started way back in 2005 on the PS2, was renowned for its gnarly gore and violence. Developer Santa Monica Studio harnessed that reputation, turning the events of the trilogy into a tantalizing backstory for Kratos — a magnetic past you knew would always pull him back, even if he’s somehow transplanted himself in a new Nordic land.

That was the unique allure of 2018’s God of War. Why is the Ghost of Sparta chopping wood in a Midgard forest? How is that guy a loving husband and responsible dad? How did any of this happen? Learning the answers to these questions through a newly solemn and protective Kratos, while traversing completely foreign realms, made God of War far more meaningful than most AAA blockbusters.

And that’s OK. Those who rush out to buy God of War: Ragnarok on Nov. 9, when it hits the PS4 and PS5, will be treated to a tremendous adventure. Though it suffers from slow opening hours, Ragnarok builds into an incredible game that’s unquestionably worth your time and money. You’ll enjoy the 40 hours it takes to beat the main quest, but don’t be surprised if you occasionally find yourself thinking wistfully of the first time you traversed these Nordic realms.

Caution: There are significant spoilers for God of War 2018 below. There are no God of War: Ragnarok spoilers.

It always starts with an angry god. God of War: Ragnarok kicks off the same way as its predecessor, with a god making an unannounced visit to Kratos’ Midgard shack. This time around it’s Thor, though a more hostile and less chiseled Thor than Marvel fans are used to. Kratos and Atreus killed Thor’s half-brother and his two sons in the first game, so it’s not long before Thor thrashes Mjolnir in Kratos’ direction.

Before that happens, however, Atreus is promised he’ll find answers to his existential questions in Thor’s homeland of Asgard. After discovering he’s a Giant named Loki in God of War’s ending, Atreus is now a teenager who wants to fight in Ragnarok and search the realms for clues about the Giants. Kratos has endured his fair share of war and adventure, thank you, so prefers if the duo would just stay home and train. He knows his days are numbered and wants his son as prepared for a fatherless future as possible.

That gets us to the heart of God of War: Ragnarok. Despite its title, the game isn’t actually about Ragnarok. And while Odin, father of Thor and top Norse god, is set up as a dastardly god who’s wrought genocide, war and devastation across the nine realms, the game isn’t really about stopping him, either. It’s all background to Kratos’ relationship with his son. Dazzling background, but background nonetheless.

Raising teenagers is hard, raising teenage gods is harder. Kratos wants to support Atreus’ desire to help the realms but also has to teach him that actions, even and especially good-intentioned ones, have consequences. That tension between adventurous child and weary parent is constant and perfectly played. You’ll sympathize with both views at certain points and see the folly of both at others.

I can’t say much more about Ragnarok’s story without risking spoilers, so I’ll just say the tale it spins is an excellent one. In spite of his laconic, ferocious nature, the vulnerability Kratos shows adds emotional depth to his character — further cementing him as an all-time great.

He’s not the only winner. While many games of this size feature dozens of interchangeable NPCs, Ragnarok does an admirable job of maintaining a relatively tight cast of likable characters. Though there are new standouts, like the posh squirrel Ratatoskr who maintains the world tree, highlights mostly include faces from the first game. Mimir, the talking head that dangles on Kratos’ waistband, calls Kratos “brotha” at every turn, but that doesn’t feel confected. His affectionate dialogue with Kratos and Atreus actually makes the trio feel like family. Sindri and Brok, the blacksmith dwarves, remain endearing. The bad guys deserve a shoutout too. Rather than world killer, Odin is portrayed more compellingly as a devilish charmer, while Thor’s spectacular brutality is hard not to admire.

Not every character hits, however, and some storytelling could be sharper. Freya, the vengeful mother of a god you kill in 2018’s God of War, plays a significant role in Ragnarok, but she’s one of a few key characters who won’t make you feel much. More obtrusive is the manner in which much of the story is told.

There’s limited fast travel in Ragnarok, and much of the time it takes to get between Point A and Point B is filled by chatter between characters. Sometimes this is just banter, other times it fills in Ragnarok’s considerable lore. Essential story points are often communicated in this manner. Broadly speaking, this works well, but there are a few conspicuous instances where quests feel artificially extended to give characters time to catch up. When on-screen characters sigh about “another locked door,” it’s a red flag.

Ragnarok’s biggest talkers are Mimir and Atreus — Kratos is more of a one-liner guy. Mimir and Atreus will often chat about past events, and it can be hard to tell if Ragnarok is feeding you pure lore or if it’s a story element from the previous game you’re meant to remember. Between the original trilogy and the Norse realms, there’s a lot of lore to parse through here. Players new to the franchise will still have a fabulous time but may find themselves scratching their heads at some exchanges.

The biggest God of War ever

God of War: Ragnarok doesn’t have the scale of Elden Ring, but this is still a large video game. I did a moderate amount of side quests, and ended up beating the last boss in 40 hours. From what I can tell, there’s a big chunk of post-game content, including combat trials, a few superbosses and an epilogue quest or two. I suspect I’ll get another 10 hours out of the game, and completionists will lose 60 to 70 hours playing Ragnarok.

That’s big by any measure, but especially for a non-open world game. Ragnarok bucks the AAA trend of placing you in one big sandbox by instead giving you a HUB area — Sindri’s House — from which you can visit nine different Nordic realms. The varied realms take you through verdant jungles, killer snowstorms, volcanic slopes, frosty pits and more. These locales roused a few “wows” from me. My mind reeled at the thought of all the hours the developers, designers and engineers must have put into bringing it all to life.

It almost feels redundant to say this of a blockbuster game in 2022, but Ragnarok looks stunning. The character models, from the fine strands of Kratos’ beard hair to the scratches that reflect on his Blades of Chaos, are impressive, second in visual satisfaction only to the vistas the game regularly treats you to.

As gleaming as the realms are, however, their level design is what makes them truly shine. Ragnarok isn’t an open-world game, but it would be inaccurate to call it linear. Many of the realms you visit are vast. Hidden areas open up after new weapons and equipment are discovered, revealing new lands and new quests, and you’ll experience many gratifying surprises any time you go off the beaten path. The nine realms are designed so well that they inspire the same sense of wonder — the same temptation to investigate the glowing thing in the distance — that the best open-world games elicit.

At least, all of that is true by the time you complete the game. God of War: Ragnarok keeps you on a tight leash as it walks you through the opening missions, so the world takes a while to open up. This isn’t necessarily bad, but it obscures the evolutions that Ragnarok brings to God of War’s level designs. The same can be said of the combat, which evolves gradually throughout Ragnarok and, by the end, becomes deeper, more varied and more spectacular than 2018’s God of War.

For the first 10 or so hours, however, when Ragnarok is more linear, and its combat is almost indistinguishable from its predecessor, Ragnarok felt more like God of War 1.5.

I’m at the end of the review and haven’t written much about God of War: Ragnarok’s combat and puzzles. That’s because there’s not much to say to anyone who’s played 2018’s God of War. Remember that game? Well, this is basically that — but more of it.

You’ve got Kratos’ icy Leviathan ax, his fiery Blades of Chaos and a shield for hand-to-hand combat. Combat is diversified by the huge amount of new skills and equipment you unlock. Kratos and Atreus eventually use Runic magic for attacks and summons, and Atreus’ range of arrows expands too. Kratos has a Rage mode to unlock his inner Spartan, where he glows red and gets shouty.

The combat can be frustrating at times due to the camera — when grunts surround you, it can sometimes feel like you’re battling the camera as much as the enemies — but it’s mostly a thrill. Watching Kratos and Atreus kill fiendish monsters in the most inventive ways remains great fun, if you can stomach it.

Then there are the puzzles, which are perfect pitched. Traversing through the Nordic realms, you’ll have to think hard to get through some puzzles, but not so hard that you get stuck for any long period of time. It’s all good stuff, but very familiar to anyone who played 2018’s God of War. Familiar skill trees, familiar rune puzzles to expand your health and rage meters, familiar weapons and accessories.

That air of familiarity permeates the whole game and never really dissipates. It’s a welcome familiarity because Ragnarok builds off such a strong foundation. Revisiting the Nordic realms in God of War: Ragnarok is sensational — even if it’s not as memorable as the first trip. 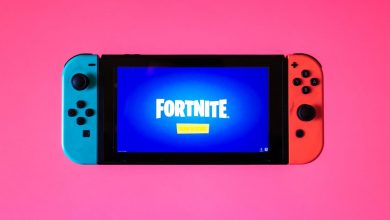 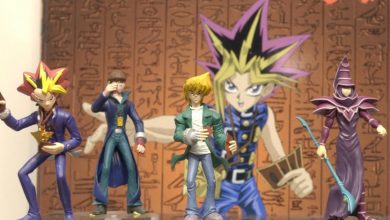 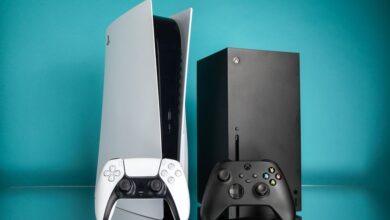 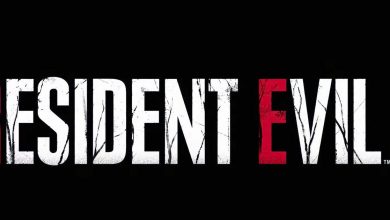