God of War: Ragnarok has received much critical acclaim for its touching story, but it wouldn’t be a God of War game without gnarly combat. Just like in its predecessor, some of the best combat happens in Muspelheim, where you’ll find Surtr’s Combat Trials.

Surtr’s Combat Trials yield helpful resources and some sweet gear, but you’ll need to work to gain access to them. Opening the portal to Muspelheim requires Kratos & Co. to find two Muspelheim Seed Halves which, when combined, act as a key, opening passage to the fiery realm.

Both Muspelheim Seed Halves can be found in Svartalfhiem, the land of the Dwarves and the first open area that Ragnarok permits you to explore. Unfortunately, you’ll need the Draupnir Spear, a weapon you get well into the story, to get access to the second Muspelheim Seed Half.

How to find the first Muspelheim Seed Half

You can find the first Muspelheim Seed Half by accepting the first side quest (or “favor”, as the game calls them) in God of War: Ragnarok. In the course of the game’s story, Kratos and Atreus seek out Durlin, a Dwarf who famously led a resistance movement against Asgard. Before finding him, you encounter another Dwarf, Raeb, who encourages Kratos to undo some of the harm done by Mimir and Odin years ago.

This unlocks a side quest titled In Service of Asgard, which tasks you with breaking down some old mining rigs that pollute Svartalfhiem Bay. Definitely do this side quest. It nets you an armor set, a Light Runic attack and unlocks several other side quests. Most notable of these is the side quest that gets you into Muspelheim.

As part of In Service of Asgard, you’ll find Modvitnir’s Rig, which you’ll need to destroy. Once you disembark, climb up the wall on the right, jump over the bridge and scale another wall. Atop you’ll find a chest containing a Muspelheim Seed Half.

Where to find the second Muspelheim Seed Half

The second part of the key to Muspelheim is basically around the corner, but you’ll need new equipment to access the area it’s in. This is a no-spoiler guide, so I won’t write about how you get the Draupnir Spear — other than it’s a weapon you get a good way through Ragnarok’s story.

Soon after you get the Draupnir Spear, you’ll encounter a character who embarks you on another side quest called Spirit of Rebellion. To complete that quest, you’ll end up travelling to Dragon’s Beach, which features the notable landmark of a giant Dwarf statue.

After you clear out the enemies on the beachfront, you’ll see a wooden structure you can climb up on the left of the beachfront (you can see it pictured below, directly in front of Kratos’ boat). There you’ll see a hole out of which a gust of air is blowing. Throw the Draupnir Spear into it, and Kratos will be able to swing to the platform above.

Follow the path and you’ll clear out enemies and find the item you need to complete the Spirit of Rebellion favor. Instead of going back the way you came, however, go through the path to the left of the big ol’ Dwarf statue. There you’ll find a family of ogres you’ll need to slaughter.

There’ll be a bunch of debris covering a chest. After you kill the ogres, you can toss a fire bomb from a nearby generator into the debris, allowing you access to the chest. In the picture below you can see where to get the fire bomb and where the chest is. Inside you’ll find the second Muspelheim Seed Half.

Master Bathroom Countdown To Completion (Daily Accountability Is Back) 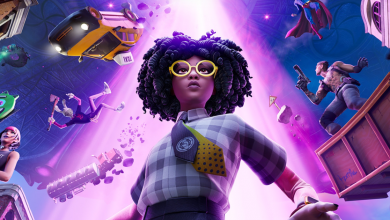 Where to buy a PS5: What you need to know to find Sony’s new gaming console 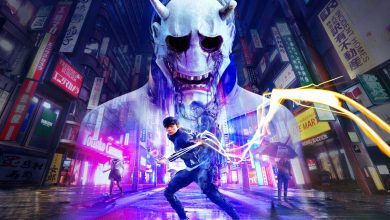 PS5 restock update: How to buy a PlayStation 5 at GameStop, Target, Walmart and other major retailers