Watches, fountain pens and special types of jewellery will be exempted from hallmarking.

Hallmarking of gold jewellery is a must from today, in a move aimed at ensuring the purity of gold and standard rates for customers.

The government says the plan will take effect in a phased manner, and will be implemented in 256 districts at first.

Gold hallmarking is a purity certification that has been voluntary so far. Hallmarking means gold can now be resold at standard rates and there will be uniform gold valuation against the hallmark. People will be protected from cheating while buying gold ornaments and purity will be guaranteed.

From today, jewellers will be allowed to sell only 14, 18 and 22 carats of gold jewellery. Gold of 20, 23 and 24 carats will also be allowed for hallmarking.

The previous January deadline was deferred by four months as jewellers sought more time because of the Covid crisis.

“Continuing our government’s endeavour for better protection and satisfaction of customers, mandatory hallmarking in 256 districts will be implemented from June 16. No penalty will be imposed till August 2021,” Consumer Affairs Minister Piyush Goyal tweeted on Tuesday.

Speaking to PTI, Consumer Affairs Secretary Leena Nandan said gold hallmarking will be implemented in a phased manner and initially in 256 districts that have Assaying marking centres. The industry concerns were addressed and clarified in great detail in the meeting, she added.

After extensive consultation with stakeholders, some have been exempted from mandatory hallmarking for now. These include jewellers with an annual turnover below Rs 40 lakh.

Those who export and reimport jewellery under the trade policy, jewellery meant for international exhibitions and for government-approved B2B domestic exhibitions will also be kept out of the scheme for now.

Hallmarking will not be mandatory for gold used in watches, fountain pens and Kundan, Polki and Jadau jewellery, the government says.

“Jewellers can continue to buy back old gold jewellery without a hallmark from consumers,” the government said, adding that old jewellery can be hallmarked, if feasible, after it is melted and crafted into new jewellery.

The BIS (Bureau of Indian Standards) has been running a hallmarking scheme for gold jewellery since 2000.

India has around 4 lakh jewellers, out of this only 35,879 have been BIS certified. According to the World Gold Council, India imports 700-800 tonne of gold annually. 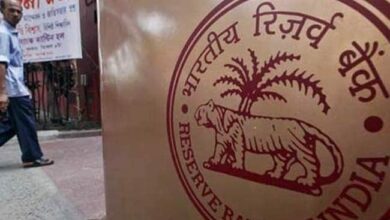 Here Are Things To Watch Out