Hailey Bieber is ready to reclaim the nepo baby conversation. The model, beauty brand founder and yes, daughter of actor Stephen Baldwin, knows her name is being thrown around in recent conversations about Hollywood “nepo babies,” a buzzy, backhanded label for the children of Hollywood elite who have pursued careers in the entertainment industry themselves, as evidenced by her recent choice of cropped t-shirt.

Bieber, who is married to Canadian singer Justin Bieber, stepped out in Los Angeles on January 6 wearing a white baby tee emblazoned with the words Nepo Baby. While the Rhode entrepreneur is no stranger to OOTD pics, this statement is decidedly more pointed than, say, her penchant for sheer tights or her embrace of an elevated aprés-ski aesthetic.

The term “nepo baby,” short for nepotism baby, was recently popularized by New York Magazine who devoted an entire package of articles to the term, creating super-detailed, cheeky diagrams to various degrees of nepo babies that went viral all over social media. In it, Bieber was referred to as a “double nepo” on account of her famous Baldwin lineage *and* Bieber marriage.

By wearing the term “nepo baby” on her shirt, Bieber is just the latest celebrity to weigh in on the nepo baby discourse — and to reclaim a narrative about themselves through their clothing. Since the New York Magazine package went viral, folks like Jamie Lee Curtis and Lily Allen have offered their opinions on nepo babies. Curtis somewhat walked back previous comments she’d made acknowledging that her Hollywood lineage gave her an advantage early in her career by saying the entire conversation around nepo babies is “designed to try to diminish and denigrate and hurt.” The daughter of Tony Curtis and Janet Leigh said on Instagram: “It’s curious how we immediately make assumptions and snide remarks that someone related to someone else who is famous in their field for their art, would somehow have no talent whatsoever. I have come to learn that is simply not true.”

Bieber has discussed nepotism before, discussing it with fellow nepo baby Gwyneth Paltrow, daughter of actor Blythe Danner and Bruce Paltrow, on her YouTube series “Who’s In My Bathroom.” The Goop founder acknowledged that as the child of people in the entertainment industry, “you get access that other people don’t have. So the playing field is not level in that way.” She went on to say, however, that nepo babies have to work twice as hard once they get said access. “However, I really do feel that once your foot is in the door — which you unfairly got in — then you have to work almost twice as hard and be twice as good because people are ready to pull you down and say you don’t belong there and you’re only there because of your dad or your mom or whatever the case may be.” Bieber didn’t add much to the conversation, save for saying “I needed that” after Paltrow added that children of celebrities shouldn’t limit themselves simply because of who their parents are.

Naturally, Paltrow commented on a photo of Bieber in the nepo baby t-shirt on In Style’s Instagram, writing “I might need a few of these.” Hailey Bieber: model, skincare brand founder, double nepo baby, and…niche apparel designer? Only time will tell. 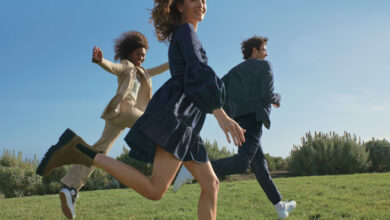 Nordstrom Canada Anniversary Sale 2021: How to Shop Like a Pro 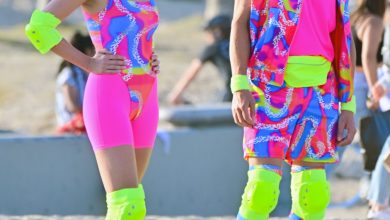 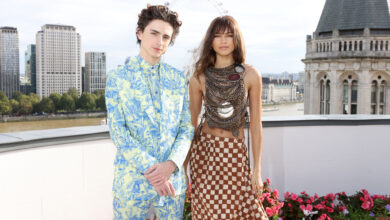 Zendaya and Timothée Chalamet: Their Best Looks Together 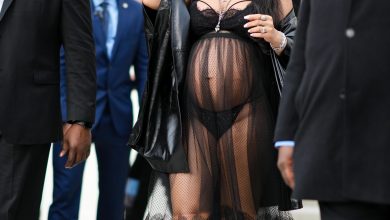