It’s a football tradition unlike any other, one that now has become synonymous with football immortality.

It starts with David Baker, the president and CEO of the Pro Football Hall of Fame, standing in front of a hotel door, the top of the 6-foot-9, 400-pounder’s head even with the top of the frame. All finalists for that year’s Hall of Fame class have been invited to the Super Bowl host city, and put up at a hotel.

Then, with his head slightly bowed and a smile plastered on his face, his massive right fist raps on the door in a rhythmic pattern, a life-changing four- or five-knock rhapsody that precedes the news the men on the other side have been waiting years — and sometimes decades — to hear.

“On behalf of the Pro Football Hall of Fame, it’s my privilege to welcome you to Canton, Ohio,” Baker often says. “I want to thank you for all you’ve done for the game … and for all you’re going to do for the game.”

For Baker, who has been in his current role with the Hall since 2014, giving the news via “The Knock” to the newly elected members of the Hall of Fame on the day before the Super Bowl has become the single biggest highlight of his job.

“How do you make a grown man cry? You tell him there’s going to be in Canton, Ohio,” Baker recently told Yahoo Sports with a chuckle.

But it hasn’t always been this way. This is a relatively new tradition for the Hall, one that even those who predate it have taken to as well.

Baker said the idea was conceived while he was informing members of the Class of 2014 that they got in.

“It is so joyous and it is so special and it is such a lifetime affirmation for these guys to learn that they have been selected that to, I think, do it by phone and for them to read it to the newspaper is denying them something that they have earned,” Baker said.

Specifically, it was the reaction of former Raiders punter Ray Guy, who had been a finalist for nearly three decades, that helped drive that point home for Baker. He was quickly struck by the weight of the moment.

“I said, ‘Hey Ray, this is Dave Baker, I’m the new president of the Hall,’” Baker said, “and he’s got that’s slow, southern Mississippi dwarl and he said, ‘Yes sir’ … and I said ‘Ray, it is my great pleasure’ and I got that far and I could hear him fall to the ground and his phone was rattling around — his wife is saying, ‘Baby, honey, are you OK?’”

It was like two minutes before he got to his feet again.

“I thought I’d killed my first Hall of Famer,” Baker continued with a laugh. “But eventually he said ‘Hey, I’m really sorry, I don’t think I understood until right now how much this meant to me.

“And from that moment on, I started talking to the NFL Network in particular about how do we capture that for fans to see? That was a great moment for me. I understood something.”

With the help of NFL Network, which he said pays for the finalists to attend every year, they began the tradition that set up “The Knock.” The end result often includes cameras capturing these grown men crying in a mixture of joy and relief, with their loved ones shouting and jumping behind them mere seconds after Baker’s knock. It’s all become widely beloved, and good publicity for the Hall.

But it hasn’t always been smooth sailing, as they’ve also needed to refine the process through some trial and error.

“God rest his soul, Kevin Greene, one year he didn’t make it but he was in a room next door to somebody who did and it hurt his feelings,” Baker said. “And so we learned from that hey, before somebody celebrates next door, we’ve got to go get those other guys first because we hate disappointing them but we absolutely cannot disrespect them. And so there’s a lot of thought and trial and error and correction that goes into this.”

Only eight of the 18 finalists in a given year can make it, after all, which means “The Knock” doesn’t come for some, which can make a brutal experience for multi-time finalists.

“Tony Boselli, Alan Faneca, John Lynch — I dread having to call those guys one more time,” Baker said. “Or calling Tom Flores last year, he was heartsick and disappointed. Or Drew Pearson, when he wasn’t called as a senior last year. It’s hard, and they’re really good people.”

It’s a rough enough experience that Terrell Owens, for example, declined an invitation to come back after missing out on the Hall in 2017, his second time as a finalist. He eventually got in, but skipped the enshrinement ceremony the ensuing summer and has consistently maintained he didn’t regret it.

But the overwhelming majority of finalists do keep coming back.

Changes to Hall of Fame’s ‘Knock’ process amid COVID

Of the 2021 finalists, several are multi-timers who have experienced their fair share of disappointment along the way. Due to COVID concerns, they were not able to gather in a hotel and wait for the customary knock at their room doors, but that doesn’t mean the tradition won’t live on.

The Hall of Fame’s 48-member selection committee gathers the day before the Super Bowl to select that year’s class, after which the finalists who made it are immediately informed of the news. However, the selection committee selected this year’s class roughly two weeks ago, which not only gave Baker time to inform those who didn’t make it — which was of the highest priority — but also travel around the country to inform those who did, thus keeping the tradition alive.

“They didn’t have this tension of being in a hotel room, you know, wondering if they’re going to get the knock or the phone call,” Baker said. “But it was a real surprise, and so many of them were able to share it with people who meant a lot to them.”

The general public will find out at the Class of 2021 at the NFL Honors Show on Saturday night, and the new process went smoothly enough that Baker didn’t rule out doing it again in 2022, depending on how the country’s COVID situation improves (or doesn’t).

“We go into all of that and we’ll assess that at the end of this year,” Baker said. “Could we do it that way next year? We hope that we’d want to constantly find the way that is the best for honoring them.”

But having the 2022 finalists gather in Los Angeles, the site of Super Bowl LVI, could also be pretty great, Baker conceded. So we’ll have to see.

In the meantime, Baker is excited for people to see what they have in store for this year.

“I think it’s going to be pretty special,” he said.

Jennifer Lawrence Injured During Accident on ‘Don’t Look Up’ Set

A new kind of clock management 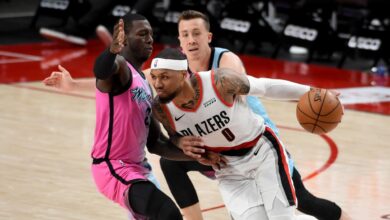 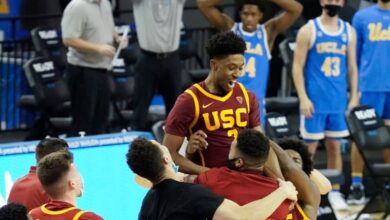