Harvard University’s president, Lawrence S. Bacow, told the campus community on Wednesday that he would step down from his position in June 2023. Bacow, a former president of Tufts University who spent 24 years at the Massachusetts Institute of Technology, took office at Harvard in 2018.

Though he has been president for only four years, Bacow has overseen the university’s response to several destabilizing events. One was the pandemic, which forced Harvard, along with most other colleges, to go remote in 2020. Bacow and his wife, Adele Fleet Bacow, contracted Covid-19 in March 2020, when the coronavirus was still relatively new, and recovered.

“There is never a good time to leave a job like this one, but now seems right to me,” he wrote in his message on Wednesday. “Through our collective efforts, we have found our way through the pandemic. We have worked together to sustain Harvard through change and through storm, and collectively we have made Harvard better and stronger in countless ways.”

Bacow oversaw a study of how Harvard had benefited from and perpetuated the institution of slavery, and in April he announced the university’s decision to spend $100 million to attempt to atone for what he called that “immoral” record. He established a committee that combed through the university’s libraries and archives, and released a 134-page report showing that enslaved people had worked on campus and that their labor had enriched the university’s donors. The report said that Harvard scholars had promoted concepts of racial superiority and that the university had continued discriminatory practices even after slavery had been abolished.

“I believe we bear a moral responsibility to do what we can to address the persistent, corrosive effects of those historical practices on individuals, on Harvard, and on our society,” Bacow wrote when the report was released.

Bacow inherited a years-long lawsuit challenging Harvard’s consideration of race in admissions, which the U.S. Supreme Court agreed in January to hear, alongside a similar case against the University of North Carolina at Chapel Hill. The plaintiff, Students for Fair Admissions, accused Harvard of discriminating against Asian American applicants. The university prevailed after a three-week trial in 2018 in which its admissions practices were intensively scrutinized, but the case was appealed. Legal scholars say the Supreme Court’s conservative majority could use the case to outlaw the consideration of race in admissions nationwide.

The first half of Bacow’s tenure as president coincided with Donald J. Trump’s administration, which applied heightened scrutiny to higher education. Under Trump, the Justice Department sided with Students for Fair Admissions against Harvard and the Department of Homeland Security issued guidance saying that international students studying remotely because of the pandemic could not remain in the United States. Harvard and MIT sued over that guidance in 2020, and the agency decided to rescind it less than two weeks later.

Bacow joined Harvard at the height of the #MeToo movement, when many people in positions of power at colleges, and elsewhere, were being accused of sexual harassment. He was president during the conclusion of the investigation into the government professor Jorge Domínguez, the decision to bar him from campus though he denied the allegations of sexual harassment against him, and the university’s formal apology to the professor Terry Karl for its failure to enforce sanctions after she reported Domínguez for harassment in the 1980s. (Domínguez was the subject of a Chronicle investigation in which many of the allegations against him were first reported.)

Harvard was also sued this year by three graduate students who accused it of failing to do enough to protect them from John L. Comaroff, a professor of African and African American studies and of anthropology. Comaroff, who has denied all allegations against him and criticized an investigation by the university, was placed on temporary leave this semester after Harvard found that he’d violated its sexual-harassment and professional-conduct policies but did not find him responsible for accusations of retaliation or unwanted sexual contact.

The university also drew fire during Bacow’s presidency for its failure to award tenure to faculty of color. Scholars were astonished that Lorgia García-Peña, an associate professor of Romance languages and literatures, was denied tenure in 2019; thousands of students and faculty members signed a letter to Bacow in response to the decision. Two years later, the philosopher and activist Cornel West announced his resignation from Harvard Divinity School after the university declined his bid for tenure.

Several other presidents at well-known universities have announced their resignations this year, part of a wave that may show the toll the pandemic and other demands have exacted among chief executives on campus. Wayne A.I. Frederick, president of Howard University for nearly 10 years, said he would step down in 2024. Lee C. Bollinger, president of Columbia University since 2002, will also leave his position next year. 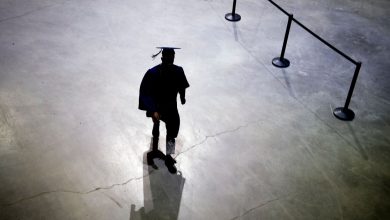 Why Fewer High-School Graduates Are Going Straight to College 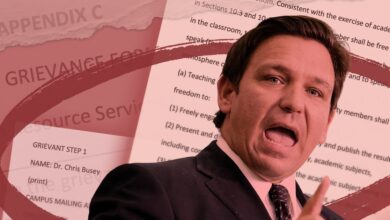 U. of Florida Faculty Say Political Fears Stalled an Initiative on Race 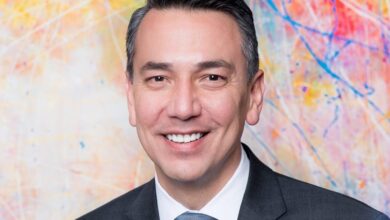 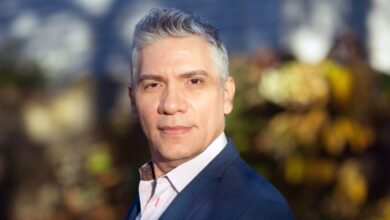 A Professor Recounts What a Tenure Denial Did to Him