(Pocket-lint) – The sun is shining, the sunglasses are out. You go to Insta that perfect picture and … wait … you can’t see a thing on your smartphone display!?!

It’s not necessarily the phone that’s at fault, but it could be how it behaves with your expensive polarising sunglasses.

Polarising lenses on glasses are popular because they reduce the glare, or reflected light, coming off surfaces. They are particularly useful for skiers or drivers for reducing eyestrain, and pretty common on good quality sunglasses.

However, mobile device displays also contain polarising filters and it’s the alignment of display and glasses that causes the problem. At a particular orientation, the visual part of the display can be extinguished, leaving you looking at a black surface, as all the light is filtered out.

Or, in some cases, you’ll find everything dims and looks purple, or has a diffracted coloured shimmer to it.

This varies from device to device, and you can easily experiment with your own device – be that smartphone, tablet, or even your laptop – just by holding your polarised glasses out in front and rotating them. At some point, it will just black out.

The MacBook Air, for example, extinguishes at 45 degrees, an angle that’s unlikely to be problematic when using a laptop.

Your giant TV probably extinguishes when viewed in a portrait orientation, again, not likely to be a problem unless you’re lying down watching in sunglasses (does that ever happen?).

For smartphones it’s a bigger problem, because they are designed to be used in both orientations, landscape and portrait, for example when taking photos.

Some phones, such the Samsung Galaxy S21+, unfortunately tend to dim drastically in landscape when viewed through polarised glasses – exactly at the angle you might want it for taking photos. You can cock your head, or hold it at and angle to get round that, but it’s hardly convenient. Amusingly, Samsung’s cheaper Galaxy A52 5G doesn’t suffer the same problem.

Many phones, however, remain visible in both orientations. You might sometimes see a shimmer, but nothing like the blackout you get elsewhere.

Be aware that it’s not only polarisation that causes problems on a sunny day: the display has to have the power to remain visible in brighter conditions, so always remember to try turning the brightness up before you start swearing.

One of the things that can stop this happening is power saving modes. Usually the first target for saving power is to reduce the display brightness, and a reluctance to increase brightness so aggressively in bright conditions. If you’re at a summer festival for the day, you’ll want power saving, but you’ll also want to see those photos you’re sharing, so it’s a lose-lose situation.

The moral of the story is this: if you have a penchant for polarised sunglasses, be warned, your favourite phone might not like them so much.

And before you ask, most Ray-Ban glasses aren’t polarised, unless you’ve specifically bought polarised lenses (they’ll have a P on the front, like in the image below).

That’s because aviators aren’t just designed for good looks, they’re designed to ensure that pilots can see the instruments in the cockpit – and yes, those instruments have polarising filters, so aviator glasses do not. Most Ray-Ban aviators will be fine with your phone. 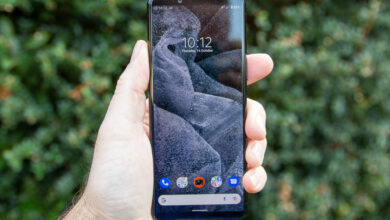 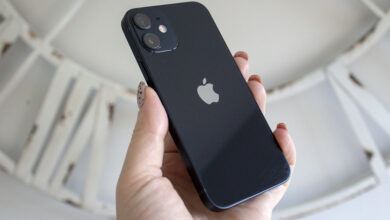 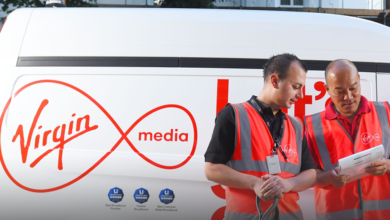 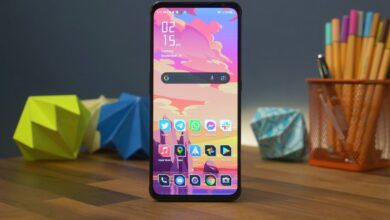 RedMagic 6S Pro review: Get your game on