In 1928, a Black congregation in Cincinnati bought a German Gothic brick structure originally built in 1865 as a synagogue. Revelation Missionary Baptist Church, as they called it, was later led by the civil rights leader Fred L. Shuttlesworth and welcomed the Rev. Martin Luther King Jr. when he visited.

The congregation updated the building with a modern addition in the 1970s, giving the church an aesthetic that came to symbolize Black progress in urban centers in the wake of the Civil Rights Movement. But in 2019, that alteration was cited as a reason the church could not receive a designation as a historic site, paving the way for the building to be torn down in 2019 to help make way for a soccer stadium.

The destruction deeply hurt Jerald Cooper, 39, who grew up in Cincinnati and still lives near the site of the church. “The modern addition was everything to me,” he said.” It was the best indoor-outdoor to me in the little courtyard. It was a safe place. It was our event center. It was where all my memories live.”

He decided to try to do something to preserve what he calls “hood century,” a play on midcentury architecture and interior design, giving room for new ways to explore and examine the style. He began with an Instagram page now called @hoodmidcenturymodern and is planning a crowdsourcing map to catalog the history of modernism in Black culture to better understand it, and ultimately preserve it. He said many people do not know the history of their neighborhoods. “This lack of knowing is why we started this,” he said.

Racism and discrimination have long shaped the experiences of Black home buyers and owners in the United States. Some are now seeking a change.

A creative consultant who rose through the hip-hop industry, Mr. Cooper studied communications and marketing in college but has no formal training or education in architecture or design. Yet, he has a love and appreciation for the buildings that came to define his childhood growing up in the College Hill neighborhood in Cincinnati. His posts through an Instagram page have captured the attention of heavyweights like GloRilla, a Grammy-nominated rapper photographed recently in Memphis by Mr. Cooper.

His aim is to make architecture and design more accessible by using layman’s language to break down barriers typically set up by white academics with advanced degrees, and educate more people who are now empowered through social media to comment on the structural beauty of a modernist tower: “Joint look like carport siding 🔥🔥🔥.”

So it’s simply modernism filtered through a different cultural lens, opening new ways of seeing the past, present, and future, or as Mr. Cooper would put it, “same documentary, different language.”

He lives and works in a sparsely furnished 8,000-square-foot studio in Cincinnati’s West End, wood columns stoically divide the space like a street grid — almost resembling a neighborhood itself. During a recent interview, he shared a family archive full of photos and memorabilia from Revelation Missionary. He also showed off his father’s collection of 45’s, mostly from the 1950s and 60s, which he is learning to spin.

Nearby College Hill where he grew up was a center of the Underground Railroad and a center of activity for Levi Coffin, a white abolitionist. By the time Mr. Cooper was growing up there, it was heavily redlined.

After attending Mount Saint Joseph’s College, Mr. Cooper made his way to Los Angeles and London before returning to Cincinnati in 2019 when the debate over the church was in full swing. Mr. Cooper started the Instagram page that December.

And now he is working on the “Hood Century” website that will feature a crowdsourced map database where users can upload text, images, audio, and video from geographically tagged locations overlaid on Google Maps. Mr. Cooper was inspired by Queering the Map, a popular map website where people upload their stories and memories to places around the world.

It all connects back to Revelation Missionary. For over 60 years, his mother, Joyce Cooper, was an active parishioner. She still lives in a house nearby that she has owned for over 40 years. “My mom can’t walk down certain blocks in her neighborhood because she is reminded of that church,” Mr. Cooper said. “It was a small space, but it is big in her mind. It’s infrastructural trauma.”

The Top Indian Restaurants To Try in Europe 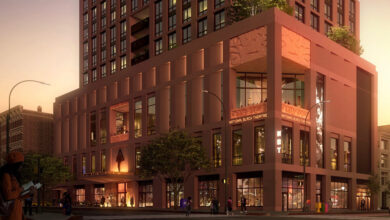 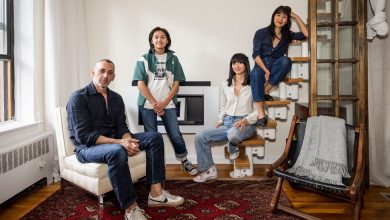 Two Homes That Nourish a Family’s Many Creative Pursuits 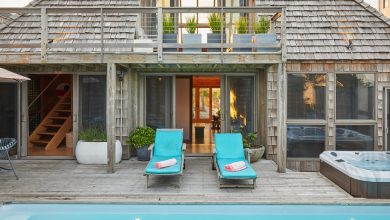 He Didn’t Plan to Buy a Place on Fire Island. But This Was No Ordinary Home.