Mar. 30—A nerve-wracking start was met equally by a nerve-wracking end Monday at Hilldale as the Hornets escaped — barely — with a 3-2 win over the Wagoner Bulldogs.

In both cases, it was the top of the Wagoner order that made for the anxious moments on an afternoon that culminated with a collision at the plate and a tag out by catcher Austin Fletcher on Tyler Wood coming home from third after Chase Nanni’s beat out an infield grounder at first on a throw from Evan Smith at short.

Fletcher and Wood went toward each other after having words as both benches came out and fortunately for both squads, got order without any altercation.

That left the only ejection being Wagoner coach Benny Nail.

Nail was tossed by the home plate umpire, who had overruled a play at first made by the infield umpire after Hilldale coach Nathan Frisby had questioned him on the call — that first baseman Darius McNack’s foot came off the bag on Wood’s throw from third after fielding a grounder off the bat of Hilldale’s Joey Myers.

But there wasn’t any damage at that point of the inning, where Hilldale had already regained the lead at 3-2 when Caden Thompson, who reached on an error, scored on a passed ball.

But then, there was the odd start in the first inning.

Wagoner got five consecutive hits to start the game off Hilldale pitcher Kielton Siedlik, but wound up with just one run to show for it.

Bristo Love, who led off with a single to left, was picked off by Siedlik with the tag by Rylan Nail at first. Wood then singled to center, but was caught off first by Siedlik, with Nail throwing to Caden Thompson at second for the put out on Wood.

Two up, two hits, two down.

But Colton Hill got a triple out of a fly ball to center fielder Caynen David — who the combination of a swirling southeasterly wind blowing in from right center and a sun angle appeared to blind momentarily — and in the process, Hill took a risk but beat the throw to third. He scored on a pop fly that in the same conditions fell on in second baseman Caden Thompson.

Chase Nanni got another infield single and Gabe Rodriguez walked to load the bases, but Siedlik struck out Sawyer Jones looking to get out of further trouble.

Hilldale answered in the bottom of the inning as David’s shot to center escaped the reach of a diving Hill, scoring Colby Thompson. David scored on Siedlik’s double, which also got a boost from the wind.

“That shook me a little,” Siedlik said of the top half of the first. “I took a deep breath and the way my guys have my back, I didn’t think it would happen again.”

Siedlik’s thorn most of the day was Love, who at 3-for-3 on the day was the only batter on either team with more than one hit. He singled in the tying run in the fourth, and was hit by a pitch in his second at-bat. Behind Love in the seventh, McNack with a walk in the third was the only damage in eight at-bats in the 2-5 spots in the lineup beyond that first inning uprising.

“The leadoff guy (Love) concerned me,” said Siedlik. “The big man in the four hole (McNack), I couldn’t find the strike zone with him. I wasn’t worried about him hitting as much as I was about throwing strikes to him.”

Frisby was proud of his right-hander.

“I felt as long as he stayed in the zone, we’d have the opportunity,” the coach said. “I’d rather be in that situation with the tying run at second in any game than be up 15-0. That’s fun to me, to see what you’re made of. It seemed every inning they had a guy on and Kielton fought out of it.”

Siedlik scattered eight hits and four walks over seven innings, but struck out nine. Chase Nanni had his own impressive outing, striking out 11 and allowing just five hits. He walked one.

Benny Nail didn’t see the finish, camped out behind the bleachers after the ejection. Still irritated about the call at first, he awaits a decision on his status for Tuesday’s game at Wagoner. Beau Bowman would take over duties for that game if he doesn’t.

“I know for a fact (the home plate umpire) wasn’t looking at first when he reversed it (after Frisby challenged it),” Nail said. “There were inconsistencies both ways all day but to me it’s too big a game not to have inconsistencies.”

Frisby had his thoughts on the matter.

“The strike zone wasn’t good for either team, he had some bad calls, we had some but you can’t really get caught up in that,” Frisby said.

“This was a dogfight. We knew it would be. They’re a good team. We’ve got to see them again tomorrow at their place and that will be a tough one too.” 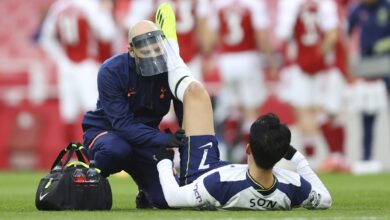 Son called up for South Korea hours after injuring hamstring 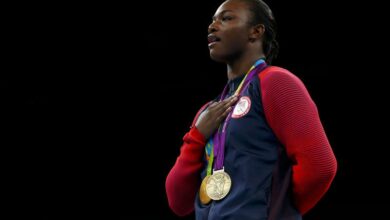 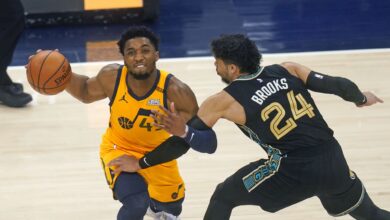 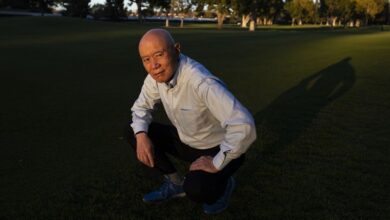