The turning point in Michigan basketball’s 67-59 win at Wisconsin on Sunday afternoon involved an outstretched elbow and Mike Smith’s face.

With just over 18 minutes remaining and the Wolverines trailing by 10, Smith went up to contest Brad Davison’s layup.

Davison’s attempt missed. But his left elbow did not, connecting squarely with Smith’s head.

Michigan’s senior point guard went down in a heap on his own baseline. His head coach, Juwan Howard, objected — and was called for a technical foul.

Up until that moment, it had been that type of game for the Wolverines, who were playing their first contest in 23 days and looked predictably rusty. They trailed by 12 at halftime and seemed in danger of being blown out in Madison, Wis.

Then Smith caught Davison’s elbow and the tide turned.

After Wisconsin made one of two free throws after the technical foul, Michigan (14-1, 9-1 Big Ten) proceeded to outscore the Badgers, 35-16, earning an improbable comeback victory.

It was fitting Smith was Michigan’s first player to score after the blow to his face, laying the ball in on a play Howard purposefully called for him. Because the Wolverines are a resilient team — and just proved that, even after a long pause, they still might be among the nation’s best.

“I’m impressed with how our guys responded after the long layoff and not making excuses for themselves and coming out here and competing on the road,” Howard said. “Tough win versus a very good team in Wisconsin. Winning a game like this on the road does a lot. It says a lot about the character of this group.”

After a department-wide pause due to an outbreak of the B.1.1.7 COVID variant (the basketball team had no positive tests during this period) sidelined Michigan for two weeks in the middle of Big Ten play, the Wolverines faced a big question: How long would it take for them to shake off the rust?

Almost universally, teams around college basketball have struggled upon their return from COVID-19-related pauses. And even though Michigan didn’t have any players test positive, it went two weeks without touching a basketball, with players forced to work out on their own. Given the circumstances, a sloppy performance against Wisconsin on Sunday seemed a likely outcome.

And that was exactly how the first half played out.

Players left shots short and struggled to find open looks with the same ease as they had before the shutdown. The defense seemed a step slow on rotations and allowed the Badgers to score 39 first-half points on 53.8% shooting. Fatigue set in earlier than it usually would have.

“The first four minutes was kinda rough,” Dickinson said. “First four minutes of every college basketball game is usually the hardest on your lungs but this one, I definitely felt it a little bit more than the others, understandably from the two-week pause, but Coach Howard expected this from us. I just called for a quick sub and I knew he’d get me back in there quick.”

At the break, the Wolverines trailed 39-27 and on their way to their second loss of the season.

“They were the most aggressive team in the first half,” said forward Isaiah Livers. “We had to come back out in the second half, we had to drive them. I thought we settled for a lot of shots.”

Yet Howard didn’t display concern over his team’s performance, and walked into the locker room at halftime clapping.

“He’s smiling, talking about this is where we want to be,” Livers recalled. “… Nobody was pointing fingers, nobody was upset. We just knew we were down 12, we were in a great spot. We’re on the road, haven’t played in a week and a half, two weeks.

“We weren’t gonna make any excuse now. We wanted to come back out and play our basketball. That’s what we did.”

Howard’s message worked. Michigan outscored Wisconsin by 20 points after halftime. It held the Badgers to 7 of 28 shooting from the field, including 1 of 12 (8.3%) from the 3-point line. On offense, the Wolverines reached the bonus early by attacking and drawing fouls. Dickinson grabbed four second-half offensive rebounds, including one with under two minutes left that he put back up for the go-ahead basket.

Despite the long layoff, Michigan didn’t seem to lose energy as the game continued. Instead, the Wolverines established a clear physical advantage during the game’s deciding moments. They forced turnovers with aggressive, swarming defense. They boxed out and grabbed long rebounds. Dickinson was immovable on both ends (“I don’t know if I’ve ever seen Hunter go out of his area and rebound like the way he did tonight,” Livers said).

Plenty of tests await the Wolverines moving forward. If Michigan is to play the full 20-game conference schedule, it will have to play 10 games in the next three weeks. The players could be tested physically like never before in their careers.

For now, though, the Wolverines are savoring Sunday’s win.

“It’s a big, big, big confidence builder,” Howard said. “I would say this. We didn’t lose our confidence before this game by having a pause, but to get a win like this on the road, it’s a great feeling. We’ll enjoy it.”

This article originally appeared on Detroit Free Press: How Michigan basketball used elbow to face to spark rally at Wisconsin 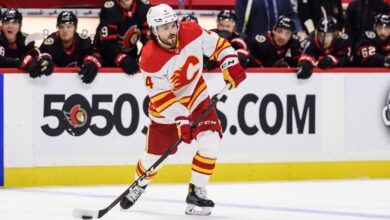 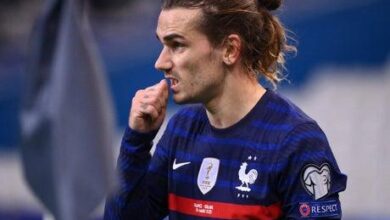 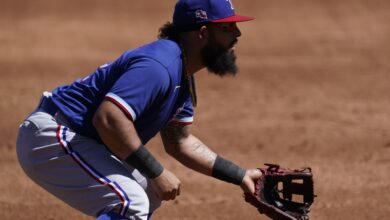 No Odor on Rangers in ’21; team moving on from longtime 2B 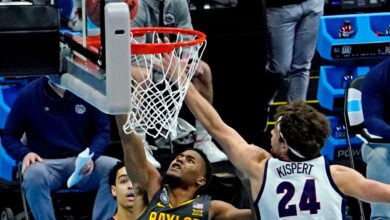