Speaker 2: It was such a beautiful game when it came out. Hey, everyone. Welcome back to my channel today before I became a professional streamer and gamer, I just played video games like everybody else. Um, I don’t even really think the path was, was set up. Right. I didn’t have people to like look up to who are making, you know, a bunch of money and I could point and be like, I want to be, you know, I want to be like that guy. [00:00:30] My name is Tyler Blevins, also known as ninja and I’m a full-time streamer

Speaker 1: Sold and farmer. I think that I’m on buddy months, buddy.

Speaker 3: How’s everyone going, dude. There’s why there’s a lot of players left

Speaker 2: Unless you’re one of the best players in the game. When you start off streaming and you’re trying to just build a brand from scratch. Um, it’s important to start with like a smaller game that has a smaller, more tight knit community because in the directory of the game that you’re playing, you’re not gonna be buried behind, you [00:01:00] know, millions of people who are streaming Fortnite or the, you know, the hundreds of thousands of people that are streaming the most popular games at the time. And you can work on building your community. Um, and, and you’re way more easily discoverable in a, in a smaller game, stick around and,

Speaker 4: Uh, spread the word that about your channel. All right, thanks guys.

Speaker 2: What me? I kind of got lucky. I was just doing it. I was competing in Haer reach and there were that many Haer streamers, maybe like 30 or 40 that were live at a time. So it wasn’t that hard to, to scroll down and find me when I started streaming. Um, and that was something [00:01:30] that I kind of just lucked into channel. Thank you guys. Have a good day.

Speaker 2: The easiest way to build a following is to just be really talented at the game that you’re playing. The majority of gamers are the bottom 99% who are on their way up to try to work their way there. So what they wanna do is they wanna learn. Um, so to be able to entertain just because your gameplay is so good and also to be able to teach your audience, you know, what you’re doing, um, and how to get better. That’s a huge, uh, focal point of people wanting to, to tune into a [00:02:00] stream. And that’s one of like my favorite things about my stream is, is I’m really good at the games that I play. I can be funny. I could be entertaining and I can also teach them how to improve and how to get better. The game me personally, I would drop down and kill this kid right now, knowing that that guy just shock wave super far away.

Speaker 2: I think I started realizing when I could do this full time, probably right around my, uh, early college years when I, I really started to make some, some decent money. But when I was a kid, I was only just playing with my brothers. I wasn’t even playing online. And then Xbox live comes out. And that [00:02:30] was really when competitive gaming kind of started to pick up and people were like, oh, we can actually kind of hold tournaments and, and, you know, play against people across the world and stuff like that. Everyone’s parents are completely different. And I really hope this does help you guys though. I had to have a, a big discussion with my mom, cuz that involved me dropping outta college. I was in my second year, I told her I was like, mom, if I start making more than, you know, 30 to $40,000 a year, I wanna just take this full time. Bam. I love you guys. I’ll be making more videos soon. It’s just the exposure. You [00:03:00] know, once the Fortnite kind of hit and we blew up and got absolutely massive and you know, we hit the mainstream and started playing with, you know, had that session where I played with Drake and Travis Scott to Smith.

Speaker 2: After that, I think that was when Jess and I started to like take a step back and realized, okay, this is something that is not just streaming anymore. It’s not just gaming. It’s, it’s getting bigger than that. And that was when we started to just strategize and, and really went all out.

Speaker 2: It’s not just all about streaming and being there, you know, [00:03:30] all day every day, if you want to actually build a brand and, and get bigger than what Twitch or, or you know, what YouTube can reach, uh, in order to do that, you have to take time and, and get your name out there. And network. I think we have at least at least 30 people on our team. Uh, if we count our agency and you know, we have a, a PR team and a social media team, all that is thanks to, uh, my lovely wife and manager, Jess, who basically put all the, those people together and has really helped build out team ninja to where it is today.

Speaker 5: Yeah. Before I let you go.

Speaker 2: I think that the only people who know how important Jess’s work is, is people who have the exact same team behind them. A lot of people just think that it’s, it’s like me in a chair, streaming and oh, I’m going on Jimmy fall, or, oh, I’m going on? You know, this interview, good morning, America, you know, doing these podcasts, whatever. And like, that’s not me. I’m not sitting there replying to these emails. I’m not reaching out and connecting to these, these companies and these organizations every single day after I’m done streaming. And like I’m setting all that stuff up, right? No, that’s CAA. That’s just, that’s [00:04:30] our entire team that we’ve put together.

Speaker 6: What’s up YouTube. It is Tuesday. You know what that means? Fortnite has added three new items.

Speaker 2: Learning just came with experience in time. I was lucky again where I, I was able to kind of get in at the beginning where really no one knew what they were doing. And everyone was just kind of streaming and playing video games. And as we got older and as I continued to stream more and more, it was just, uh, knowledge that I picked up along the way. I’m at the point of my career where, you know, [00:05:00] I’m 30 years old. I don’t know how much longer I’m gonna be streaming like 5, 10, 20 years. Like I do. I see myself as a 50 year old streamer, like, you know, I, the point where I’m at right now, I’ve just wanted to, to give back as much as possible for, for streamers who are starting out.

Speaker 6: I’m going to break everything down for you guys in the next 30 days.

Speaker 6: My goodness, the precision, the aim, the accuracy baby.

Speaker 2: So I have a whole master class that I recently did. And, um, that is pretty much [00:05:30] everything that you need to know about streaming, the same questions that I’ve been answering for the last 10, 11 years, every single day in my chat, you know, ninja, what game do I play ninja? What, how do I stream, how do I start this? How do I, this it’s like, okay, well, I think it’s time now to just put all those answers and, and into one, you know, masterclass and, and just put it on in one spot for people

Speaker 6: I’m ninja. And this is masterclass

Speaker 2: I love being able to entertain and, and watching the chat have fun meeting fans [00:06:00] and, and seeing their, you know, amazing bright faces. I mean, I have such a, a wide audience. Um, but I mean, I love just, I love the kids, man, taking pictures with kids when they’re, they’re like, you know, from ages four to 12 and just seeing their faces just, you know, that’s my favorite part about everything.

How to Talk to Kids About Religion 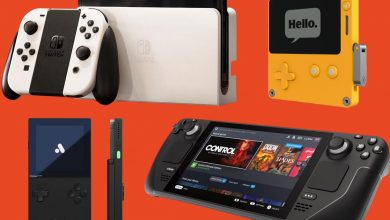 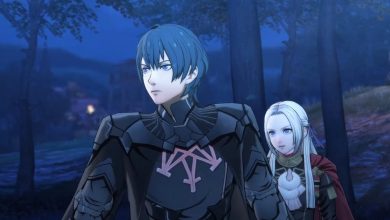 The 15 Best RPGs on Nintendo Switch 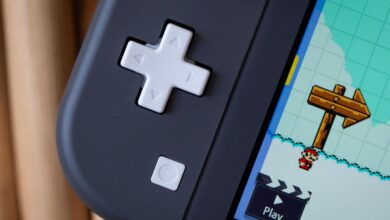 Nintendo Switch 2: Bigger screen, 4K gaming and every upgrade we expect in 2021