As all institutional investors know, purchasing shares in bulk can be a real pain in India. Traders at a biggish asset manager would be lucky to fill even a fifth of the entire demand from individual funds. The rest will become a feast for unrelated buyers.

It’s a design quirk, which grew out of a misplaced egalitarian sensibility and a fear of mischief by business families.

The idiosyncrasy is not without its costs. Imagine what would happen if a Nike store owner tried to accommodate a wholesale buyer inside a packed retail showroom by shouting to everyone that the next 15,000 pairs come at a 15% discount. There would be a stampede. Other customers could rush to the cash register first, the shop might run out of shoes, the bulk buyers would go home disappointed. This is why most other markets have a well-established tradition of an “upstairs market” for large orders that runs parallel to the “downstairs market.” It’s just more sensible to organize things this way.

But a preponderance of family-controlled firms in the country’s business landscape made the Indian regulator wary to take a laissez-faire approach to side deals. What if the controlling shareholders, or “promoters,” set up hard-to-trace investment entities in offshore tax havens to play their own stock back home, confounding price discovery on the main exchange? So the upstairs market is allowed to work only twice a day, for 15 minutes each time, and with stringent price restrictions that render it ineffective.

A sizable buy order in Mumbai begins its life like in any other place: The broker lines up a seller, maybe another institution. But if the agreed price involves a discount or premium to the previous close of more than 1%, the “block deal,” as these wholesale transactions are known, can’t be conducted in a separate window for negotiated trades. The orders have to be punched into the main market screen, where other participants are waiting, the term sheet of the bilateral deal usually having leaked beforehand.

In the grab-and-run melee that ensues, large buyers encounter 70% to 80% slippage – orders not getting filled. With growing institutional participation, disappointment is rising. Trying to acquire billions of dollars of stocks when there’s no certainty of landing them is an expensive affair. Outside of a handful of shares, Indian markets lack depth. Splashy orders cause price kinks. Algorithmic traders parse signals from the sudden volume changes, and introduce yet more unnecessary volatility.

More efficient bourses in Asia handle things differently. During regular market hours, Hong Kong allows the same broker acting for both a large buyer and a seller to execute trades that fall within 24 ticks of the lowest bid or the highest ask. (A tick is the minimum change possible in a stock price.) To ensure proper signaling to players downstairs, the exchange insists on a 15-minute reporting cycle. In case of dark pool trading, the disclosure time is 1 minute. Australia has no restrictions on the price at which bilateral deals are struck. Singapore only insists that they be done at fair market value.

Global investors are urging the Securities and Exchange Board of India to fix the upstairs market. “Our members think that India’s price band for the block window should be at least +/- 7% as in Japan,” said Eugenie Shen, who heads the asset management group at the Hong Kong-based Asia Securities Industry & Financial Markets Association. “Slippage is a major issue for asset managers. Members want the same certainty of execution in India that they get in other markets.”

It’s a reasonable demand, though according to Indian media reports, the securities board has asked the association to show proof that others are utilizing asset managers’ purchase intentions to front-run a stock. Frankly, that’s the regulator’s job. In one of the few studies on block trades executed on the main exchange screen, two professors at the Indian Institute of Management in Ahmedabad found that prices start rising 8 minutes before a large buy order hits the market. The regulator can easily update that 10-year-old research.

In the downstairs market, the seller of a large block pays a premium for liquidity. The wholesale buyer provides durable information about what something may be worth. It makes no sense to allow this signal to get corrupted in an environment where big trades are almost impossible to execute cleanly. As for the original concern of company bosses creating an artificial market in their stocks, overregulation is not a substitute for muscular surveillance and supervision. It’s time India took a more relaxed approach to what goes on in the quieter corner upstairs. Making it busier would be a good start.

(Andy Mukherjee is a Bloomberg Opinion columnist covering industrial companies and financial services. He previously was a columnist for Reuters Breakingviews. He has also worked for the Straits Times, ET NOW and Bloomberg News.)

Disclaimer: The opinions expressed within this article are the personal opinions of the author. The facts and opinions appearing in the article do not reflect the views of NDTV and NDTV does not assume any responsibility or liability for the same.

Rupee Drops 23 Paise To 72.92 Against US Dollar In Early Trade 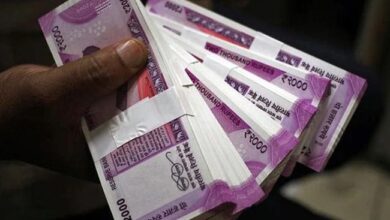