The actor and Shiseido global makeup ambassador captures her own free-spirited sensibility by drawing outside the lines.

After experiencing a kiss of the limelight while gracing runways for the likes of Christian Dior, Helmut Lang and Marc Jacobs, model Hunter Schafer enamoured audiences in 2019 with her first-ever acting role portraying trans teenager Jules Vaughn on HBO’s Euphoria. The highly stylized hit drama about youth culture has captured the zeitgeist of Gen Z onscreen.

From museum-worthy eyeliner looks to celestial washes of glitter, whimsical technicoloured makeup has been Schafer’s character’s calling card since episode one — a maximalist approach that has effortlessly extended to Schafer’s own offstage presence. On red carpets, the 22-year-old, who is also trans, has stunned in an array of avant-garde beauty moments that range from splashes of iridescent pearls on her face and hands to vivid blocks of eyeshadow.

This free and wild approach stems in part from Schafer’s passion for visual art (she graduated from the University of North Carolina School of the Arts’s high-school program in 2017 and regularly shares excerpts from her sketchbook with her more than 2.9 million Instagram followers) and has caught the attention of Japanese cosmetics giant Shiseido. Here, Schafer talks about her playful relationship with makeup, boundary-pushing beauty lessons from Euphoria and inspiring icons.

On her go-to tools

I really love playing with eyeliner. I think liner comes the most naturally to me since my own art process is drawing with a pen in my sketchbook. I really enjoy trying to come up with different shapes or just applying a whole picture or symbol on my face. I also have fun with colourful mascara.

On her journey with makeup

It really started behind closed doors: doing makeup for myself just to see how it felt and experimenting with what I liked on my face. I also moved through a stage of wanting to look a certain kind of “pretty.” Then I was like, “No, F that. I want to look like a painting.” By the time graduated from high school, I’d found a place in makeup where I was starting to let myself have fun with shapes and colours and whatnot. Now, in the same way that I approach making art for myself, makeup has become something really experimental for me.

On who inspires her beauty looks

A lot of the time, it’s my friends and musicians. Singer Kelsey Lu has always been a big makeup inspiration for me. I found out about her in high school and just loved the way she presented herself — from fashion to makeup to everything. Tilda Swinton and designer Gogo Graham are big vibes for me as well.

On the makeup lessons she’s learned from Euphoria

The show is known for incorporating rhinestones into looks, and I’ve even been doing that by creating a fake bridge piercing, which has been fun because I can’t get the real thing, but I can half-commit by gluing pieces on.

On the importance of letting her skin show through her makeup

I’ve gotten into the habit of making sure I have a good canvas with foundation to explore makeup looks on. It’s really important to me that my skin shows through and that I don’t feel like I’m covering myself up.

On experimenting with makeup during quarantine

On nights when I missed going out during quarantine, I’d get dressed up and do a makeup look. When the pressure of being perceived by other people is removed, the makeup experience becomes more fun because it really is just for you. 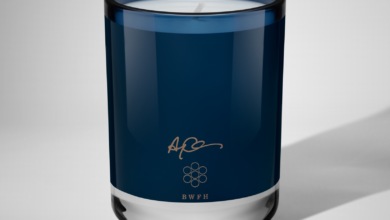 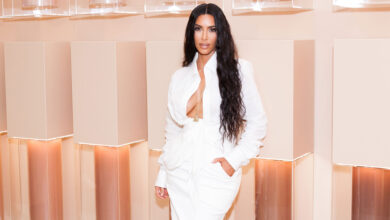 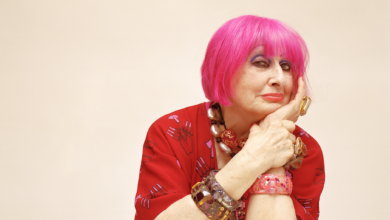 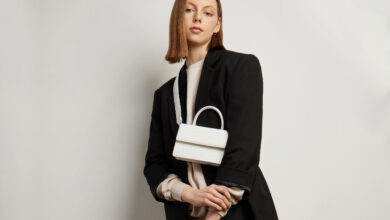