Ileana D’Cruz is missing her beach vacation. How do we know it? She has posted throwback photos from her beach diaries. And, the pictures say it all. From sun-soaked selfies in a bikini to breezy views of the beach, Ileana’s post consisted of a slew of photos that could make us crave a vacation right away. In some photos, Ileana stands in a bikini while looking at or dipping in the sea. In other snapshots, we see sunset views, delicious food platters and drinks at the beach. In the last one, we see Ileana in a distant blur as she enjoys her time at the sea.

Ileana D’Cruz captioned her post, “Looking back to this”, and added the icons of palm tree, sun and sea waves.

Earlier, Ileana D’Cruz had shared more photos from her beach holidays. Of course, she couldn’t have enough of her sunny times there. In one post, Ileana shared photos where she is lazily floating on the waters in Maldives. She captioned it, “Weekend mood.”

Then, Ileana D’Cruz  posed for selfies or funky portrait photos. Take a look:

Here’s another one from her Maldives diaries:

No matter where you place Ileana D’Cruz, she’ll end up reminiscing about her times at the beach. The beach lover in her just won’t stay calm. And, Ileana writes “miss you” notes to her beach days in various Instagram posts. Once, she posted a monochromatic photo, showing only one side of her face. Ileana captioned it, “Mentally on the beach.”

Ileana D’Cruz doesn’t shy away from calling herself a “beach bum.” When in Hawaii, the actress shared photos from her vacation there. Ileana took a no-makeup selfie while dressed in a yellow stringed bikini. The side note reads, “No filter beachy days.” Ileana added the hashtags “major missing”, “take me back”, “beach bum” and “tanned.”

Ileana D’Cruz rose to fame with her roles in films like Barfi!, Phata Poster Nikla Hero, Rustom and Happy Ending. She was last seen in The Big Bull, alongside Abhishek Bachchan.

A Timeline Of Priyanka Chopra And Nick Jonas' Romance 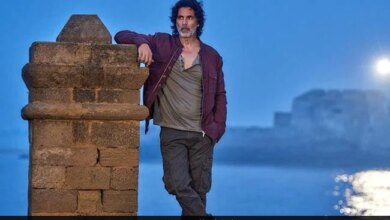 This Is What Akshay Kumar Posted After Diu Schedule Wrap 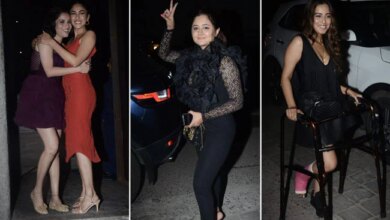 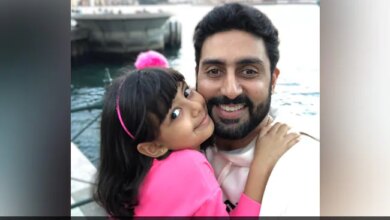