Arnaud Démare believes he’s on the same level in terms of status as his Groupama-FDJ co-leader Thibaut Pinot, as the pair reverse roles once again and the French sprinter returns to the Tour de France in 2021.

The two star riders for Marc Madiot’s team have largely been kept apart over the past five years. Pinot focused on the Giro d’Italia in 2017 and 2018, opening the door for Démare to win stages in France both years. Pinot then returned to challenge for the Tour in 2019 and 2020, leaving Démare and his lead-out train to content themselves with the Giro.

With Pinot’s 2020 Tour challenge scuppered by misfortune once more, and with Démare winning four stages at the Giro in a stellar season, Groupama-FDJ announced on Tuesday that Pinot would go to Italy in 2021 and Démare to the Tour de France. It makes a subtle but significant change in the team heirachy.

“I was often seen as behind Thibaut in the pecking order but now we’re on an equal footing,” Démare pointed out after Groupama-FDJ’s team presentation.

Thibaut Pinot: It was the right year to return to the Giro d’Italia

“People always look for rivalry between leaders in a team but we’ve managed to choose our races well.”

Madiot, however, insisted that Démare, who won Milan-San Remo back in 2016, has always been seen as Pinot’s equal from within the team.

“He was already the uncontested leader in his field,” Madiot said.

“In France, people are very polarised towards the overall classification at the Tour, so there was maybe some discrepancy in terms of image, but, as far as I’m concerned, I know Arnaud has had a leading role in the team.”

Démare enhanced his status not just within the team in 2021 but within the WorldTour peloton. His 14 victories were twice as many as Sam Bennett and Caleb Ewan managed, and although he was unable to join those riders at the Tour, he dominated the Giro sprints with four wins and the points classification.

With the 2021 Tour de France containing significantly more time trialling and more flat stages than previous years, the decisions on race programmes became a relatively simple one to make. Although Groupama-FDJ will have a GC card in youngster David Gaudu, the squad will primarily be a support cast for Démare.

“I wanted to return to the Tour before the parcours was revealed but when I saw it, I was buzzing,” said Démare, who will have shortage of opportunities in the opening week.

“Last year, I didn’t envisage there being so many sprints at the Tour, so when I was watching it… I wasn’t frustrated because I was focused on the Giro, but I had that desire.”

Démare played down any talk of explicitly targeting the Tour’s green points jersey, but explained it could be a by-product if he achieves his priority of getting stages on the board.

Referencing the momentum he and his lead-out train built up during last year’s rescheduled season, he set his sights high.

“I’ve always dreamed of being the sprinter of a Grand Tour. It often happens like that – when a sprinter is in form, he wins one, then two, then three… I did that at the Giro and I want to do the same at the Tour,” he said.

“Me and my teammates gained a lot of confidence and desire from that Giro. If I’m in a battle for the green jersey with [Peter] Sagan, I wouldn’t have any fear. It’ll be hard – it was very hard at the Giro – but I know it’s doable.”

Démare will start his 2021 campaign at the Volta a la Comunitat Valenciana in early February, followed by Tour de la Provence, and then Paris-Nice in March. He’ll also do a series of Classics, with Kuurne-Brussel-Kuurne before Paris-Nice, then Milan-San Remo, Gent-Wevelgem, and Paris-Roubaix after it.

He’s then likely to take a break before building up to the Tour via the Tour de Suisse or Critérium du Dauphiné, and a defence of his national road race title in June.

“If I have the same excellent form, it’s achievable to repeat what I did at the Giro,” he insisted.

“So my main objective will be to get to the start of the Tour in the same way I did the Giro.” 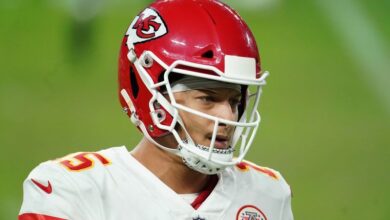 Raptors out to avenge loss to Timberwolves 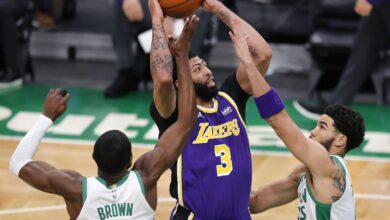 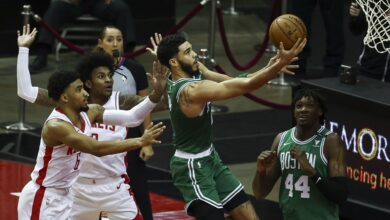