In the ongoing public debate about whether college is “worth it,” Anthony Carnevale, a research professor and director of the Georgetown University Center on Education and the Workforce, blames journalists for casting doubt on the value of a college degree.

That’s because every time a recession rolls around, he can count on reading stories about college graduates who can’t find a good job. Carnevale said those stories reinforce the idea that college may not be worth the time and effort — despite the evidence that for most people, it is.

“What happens is that if you’re the editor and somebody brings you a story that is about somebody who went to college and they’re picking up garbage, you run that story,” Carnevale said, recalling the headline of a 2010 article in the Chronicle.

The article profiled Sam Fanning, who graduated from Eastern Michigan University in December of 2009, just months after the official end of the Great Recession. When Fanning couldn’t find a job related to his degree in network and information-technology administration, he took a night shift as a custodian at his alma mater.

Fanning said he was grateful for the job, which started at $13.01 an hour (about $17.79 today, adjusted for inflation) and offered sick and vacation time, a 401(k), and tuition assistance. But scrubbing toilets and worse was not the future he had imagined for himself.

The Chronicle recently caught up with Fanning, who is now 35 and working in software quality assurance. He still lives in Ypsilanti, Mich.

Fanning acknowledged that as an undergraduate, he didn’t take school as seriously as he should have. While working full time as a janitor, Fanning took graduate classes with the intention of networking.

His strategy paid off: One of his classmates hooked him up with an internship that eventually led to a job where he could apply what he learned in college.

“I’m the type of person who tries not to get too down about things,” Fanning said about his time working as a janitor, which lasted less than two years. “You know, if I really thought about it, I was probably not very happy. I mean, I was working midnights, and there were lots of reasons to be unhappy, I suppose.” Still, Fanning said, the job paid well and allowed him to continue his education and to meet more people, which was pivotal to “getting a, quote unquote, real job.”

“I mean, they’re all real jobs, right?” Fanning said. “But something in line with my interests.”

Fanning said he is happy for those who will have their student loans forgiven under President Biden’s recently unveiled plan, which will cancel up to $20,000 in federal student loans for individuals earning less than $125,000 annually.

“The government subsidizes many things, right? Like we subsidize wars, we subsidize beef … we subsidize everything, every industry,” Fanning said. “But for some reason, when it comes to education, obviously there are some programs available there, but I think they’re pretty lacking.”

If we don’t help out the younger generations, Fanning said, “I think we’re kind of setting ourselves up for failure in the future.”

Years ago, Fanning felt it was a foregone conclusion that he had to go to college to get a good job. But today, he said, you don’t necessarily have to go to college to be successful in some industries, such as technology, where alternate paths can include boot camps and other kinds of training.

But Fanning has no regrets about his decision to take out student loans to attend college or his stint as a janitor.

“Looking back, I’m glad that I was able to do that,” Fanning said of his first job out of college. “At the time, I was probably less grateful but still aware that I was better off than a lot of people.”

Call of Duty: Modern Warfare 2 and Warzone 2.0 Set to Bring Big Changes to the Popular Franchise 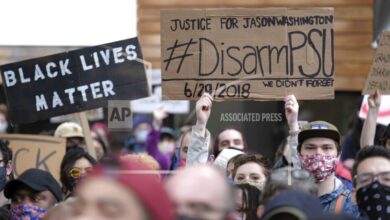 Can Colleges Reform Their Police Departments? One Says Yes, and Here’s How 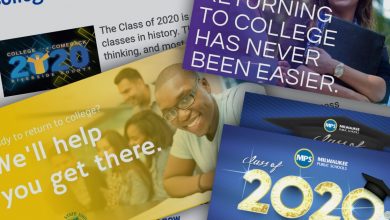 How Colleges Can Reach the Lost Freshmen of 2020 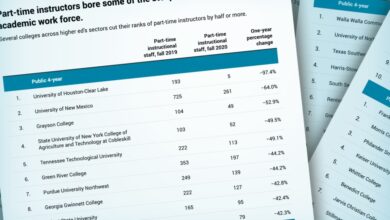 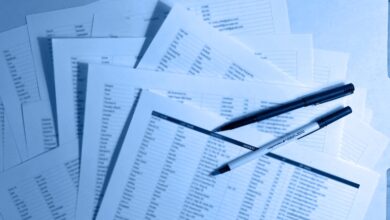 The ‘Student List’ Business Is Changing. Will That Make Student Recruitment Less Equitable?