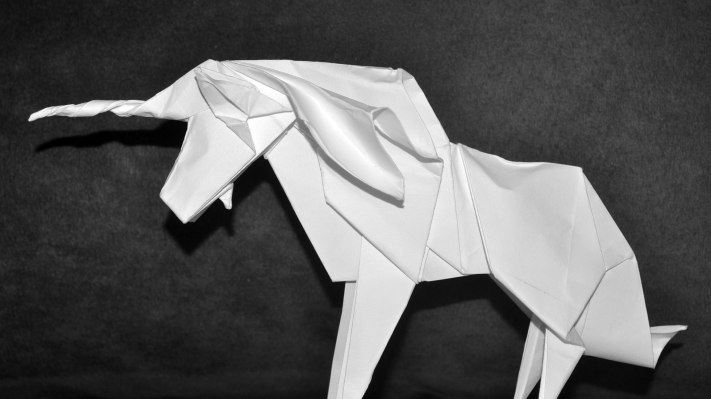 Trades in the infamous Reddit-basket of stocks and trades are taking a pounding today, with GameStop down 52.7%, AMC Entertainment off 42.7%, the silver-squeeze flopping and more. CNBC has a longer list if you want to feast your eyes on the carnage.

What a surprise that the thing that was always going to happen, has happened.

While it was quite honestly entertaining as hell to watch WallStreetBets go from cult-classic to internet hero overnight, tempting scads of new traders (check out how much Public has been growing while Robinhood raced to the top of app store charts) to try and take on the professional investing world, this was always going to be the result. Always.

Why? Because the companies that Reddit’s legion of traders decided to pump were ultimately not selected for anything other than price plasticity. GameStop was picked because traders thought they could punish shorts, remember, not because it was going to bring a revolution to video game distribution. Like what Steam did precisely 8 billion years ago.

Let’s make our point by way of comparison.

Tesla shares are up 3.7% today, as are the broader American stock markets. Tesla is up not because it is fairly valued, per se, but at least it’s a company that’s growing, makes money and has a good argument for what the future should look like. It’s hard to kill an idea based on something durable.

The brick-and-mortar game sales company has lots more room to fall. So does the movie theater chain suffering from the pandemic. But the original trader is still comfortably up. DeepFuckingValue, the Reddit trading icon, was still up 2,800% yesterday. That’s probably lower today, if he didn’t sell.

What worries me is all these dorks are getting torched today, after promising to stay in the trade yesterday when DeepFuckingValue updated the world on his epic trade: 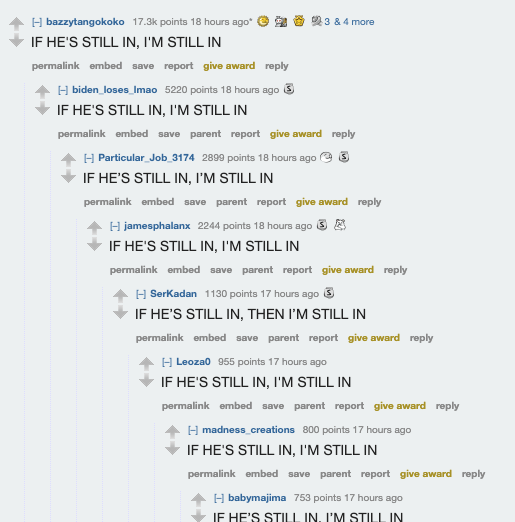 Most of the people who are going to take a bath on the Reddit trades are regular folks: my friends, your siblings. Whereas professional money is probably making money on the way up and down.

This is how these things go. Gravity is real, and no matter how many times you shout stonks in the mirror, crying, while clutching your smartphone, it’s hard to keep a bag of shit in the air forever.

In 2021 maybe we don’t get 15 minutes of fame. There are so many different social platforms the very idea of 15 minutes of fame is outmoded; there are more slots than ever for everyone to build an audience. Perhaps instead the thing that the common person really wants is their 15 minutes of wealth. That feeling of safety and security and having made it that modern society so reserves for the wealthy few.

Which the stock market gave to a bunch of folks last week. And is taking away this week.

Andy Warhol is generally credited with the 15 minutes of fame concept. Today, however, our own Ron Miller came up with the variation, and was kind enough to let me use it for this post. 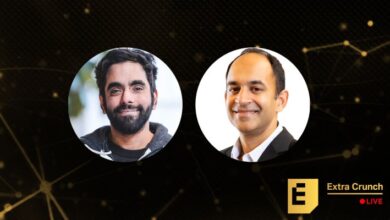 Lightspeed’s Gaurav Gupta and Grafana Labs’ Raj Dutt will tell us why they financially tied the knot (twice!) – TechCrunch 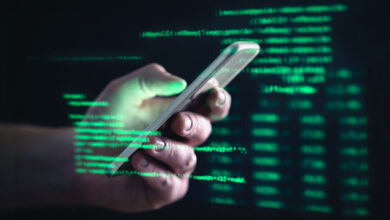 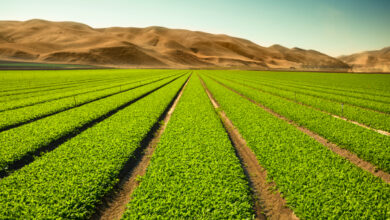 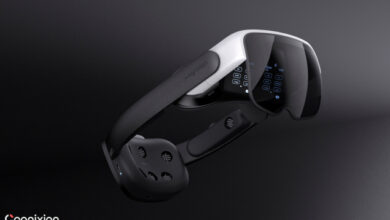