While the ASEAN NCAP has already announced the 4-star safety rating received by the Nissan Magnite, here’s a breakdown of how the subcompact SUV managed to achieve the result. 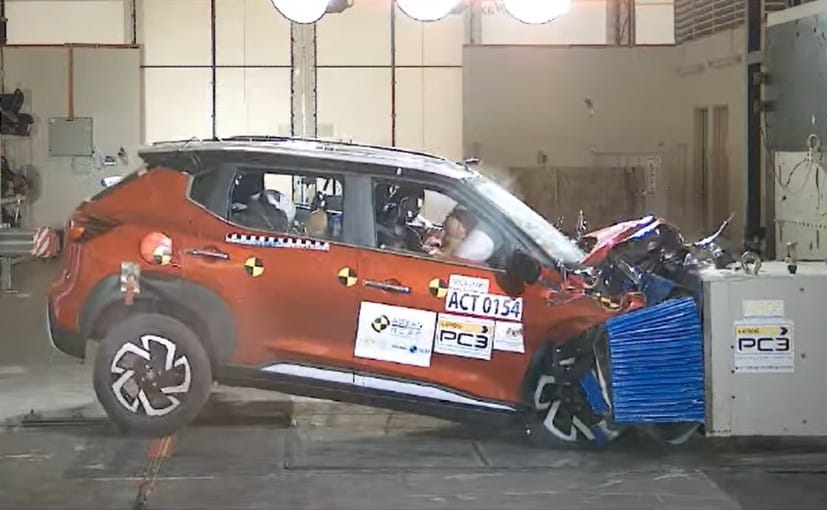 The ASEAN NCAP announced a four-star safety rating for the new Nissan Magnite in December 2020, and now the testing body has revealed the points scored and observations from the Magnite crash test. The SUV obtained 39.02 points in the Adult Occupant Protection and 16.31 points for Child Occupant Protection. The Safety Assist category saw the new subcompact SUV score 15.28 points, all of which helped the car achieve a rather impressive four-star rating with a total score of 70.60 points. The new Nissan Magnite is made-in-India for domestic and export markets, and the model tested was the Indonesian-spec version. 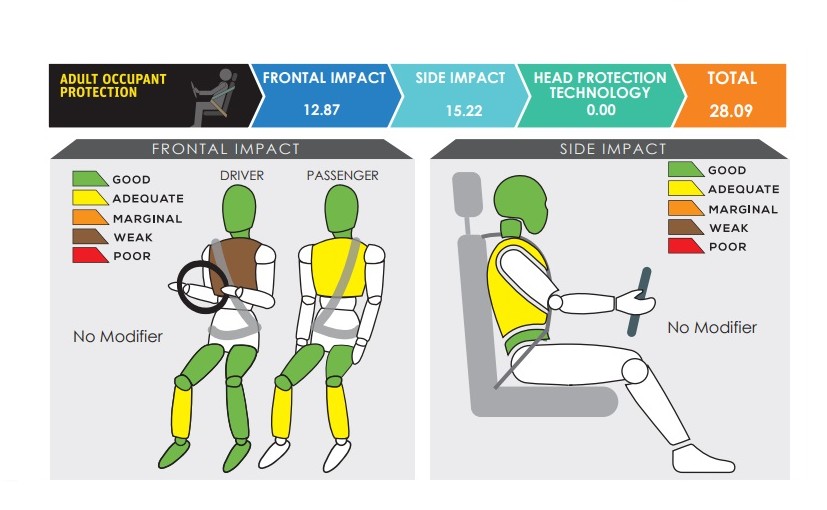 The Nissan Magnite scored 39.02 points in the Adult Occupant Protection

According to the data released, the Nissan Magnite showed injury risk to the driver’s chest while the front passenger’s chest and lower legs received adequate protection in the frontal offset test. The test also concluded that the SUV’s compartment remained stable in the frontal offset test. Meanwhile, the driver’s chest had adequate protection during the side impact test. In the Child Occupant Protection category, the Magnite scored 7.81 points in the Dynamic Assessment Test with the 18-month old child dummy. Whereas, the three-year-old child dummy scored a full eight-point safety rating.

The Indonesian-spec Nissan Magnite comes with a number of features as standard including dual airbags, ABS with EBD, ESC, and seat belt reminder for the front seats. In addition, the small SUV also comes with a 360-degree camera, reverse parking sensors, tyre pressure monitor, Vehicle Dynamic Control (VDC), traction control, and more on the top trims. The car is offered in two variants in Indonesia – Upper and Premium, and Premium CVT – and it was the latter variant that was tested with all the bells and whistles. 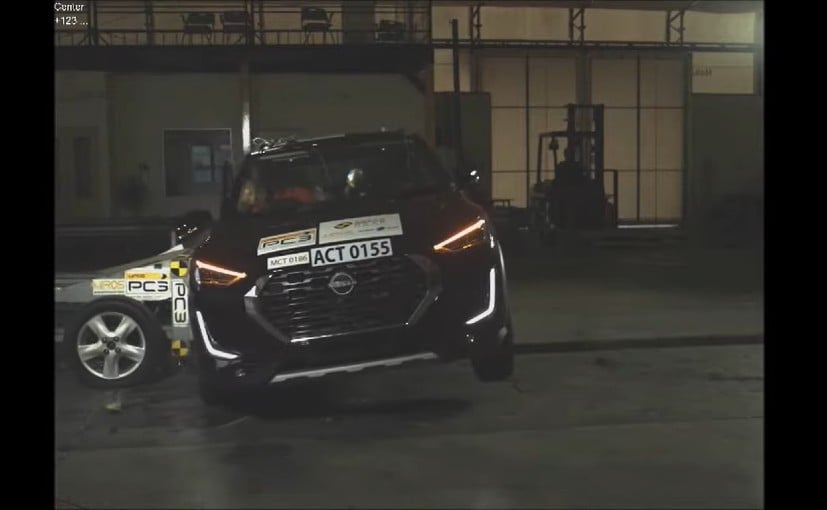 The safety rating is certainly impressive and a big step-up for the brand. The ASEAN NCAP crash tests are identical to the Global NCAP, and we would like to see how the car fares in the latter safety tests as well. This also keeps our hopes high for the upcoming Renault Kiger that’s built on the same CMF-A+ platform.

Also Read: Nissan To Export Magnite From India To Indonesia And South Africa

The Magnite is powered by only the 1.0-litre turbocharged petrol engine for the Indonesian market. The three-cylinder mill is also available in India and develops 99 bhp and 160 Nm of peak torque on the manual and 152 Nm on the automatic. The motor is paired with a 5-speed manual and a CVT. Prices for the Magnite start from 208,800,000 Indonesian Rupiah in the South East Asian country, Meanwhile, prices in India start from ₹ 5.49 lakh (ex-showroom, India) with the BR10 engine.

Citroen C5 Aircross Production Begins In India Ahead Of Launch