RBI projected GDP growth at 10.5 per cent for the next fiscal year

Indian bond yields rose to their highest in more than five months on Friday, after the country’s central bank kept interest rates unchanged, while stock markets retreated after hitting record highs earlier in the morning. The Reserve Bank of India (RBI) kept rates steady and reiterated that it will continue to support the recovering economy by ensuring ample rupee liquidity in the banking system. But traders said the lack of tweaks to bond market intervention to keep yields low in aid of stimulating an economy still struggling to recover from months of coronavirus restrictions had disappointed those expecting more action.

The NSE Nifty 50 index was last up 0.37 per cent at 14,951.05, having risen as much as 0.8 per cent earlier, while the S&P BSE Sensex was up 0.51 per cent on the day at 50,872.41. The rupee gained to 72.94 against the dollar and 10-year bond yields rose to 6.18 per cent, the highest since August. “Lack of specific market intervention measures to ensure smooth absorption of the enhanced market borrowings remain the key disappointment from the fixed income market perspective,” said Rajeev Radhakrishnan, CIO-fixed income, SBI Mutual Fund.

“In the absence of direct and more specific upfront market intervention through open market operations or operation twist, the near term concerns remain of a gradual uptick in bond yields and continued uncertainty on the demand side as the borrowing program commences for FY22.” State Bank of India’s shares surged 15 per cent to a record after its quarterly net profit beat analysts’ estimates on Thursday. That lifted the Nifty PSU Bank index and the Nifty Bank sector 5.7 per cent and 3.6 per cent respectively on Friday.

Benchmark indexes, which closed at record highs on Thursday, are set to see a weekly gain of over 9 per cent on optimism around the measures announced in the federal budget. The RBI has already cut its key interest rate by a total 115 basis points since March 2020 to revive growth and cushion the impact of the COVID-19 pandemic. 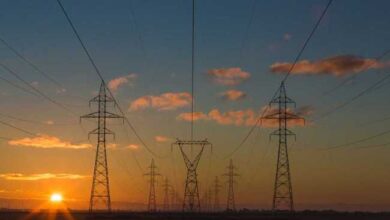