Mulling things over. Aaron Rodgers and Shailene Woodley “are excited for this next chapter of their lives” after announcing their engagement in February — but planning their wedding has come with some big question marks.

“Aaron is still thinking about which family members to invite. It’s something that’s weighing heavily on him,” a source tells Us Weekly exclusively of the 37-year-old NFL quarterback, whose tense family dynamic has been the subject of intrigue in the past. “It’ll for sure be a special day and it would be wrong of him to not invite his family, but everyone is aware of their strained relationship and knows that [those] problems aren’t going to get fixed in one day. Whether they decide to come [is] up to them.”

The pair hope to tie the knot in California, since “that’s where the majority of their friends and family live,” the source says.

The Green Bay Packers player is the second of three siblings. His younger brother, Jordan Rodgers, hinted at their rocky relationship while competing on season 12 of The Bachelorette in 2016, which he eventually won.

“I have a great relationship with my [eldest] brother Luke,” the 32-year-old told JoJo Fletcher, his now-fiancée, as they prepared for hometown dates. “Me and Aaron don’t really have that much of a relationship. It’s just kind of the way he’s chosen to do life and I’ve chosen to stay close with my family and my parents and my brother. … It’s not ideal and I love him and I can’t imagine what it’s like to be in his shoes and have the pressure he has, the demands from people that he has. Don’t have hard feelings against him, it’s just how things go right now.”

As the ABC reality dating series aired, Aaron told a local news channel that he found it “a little inappropriate” for his brother to bring up their drama on-camera.

While the Super Bowl MVP has a lot to consider before sending out RSVPs for his big day, Jordan previously said that he would “absolutely” invite both of his siblings to his future nuptials. “There’s no scenario in which I wouldn’t want my entire family at a wedding,” he told The Hollywood Reporter in August 2016.

The Rodgers’ family’s ups and downs have been a hot topic for years. Shortly before his April 2017 split from girlfriend of three years Olivia Munn, a source exclusively revealed that the relationship didn’t sit well with the rest of his relatives. “When he got together with Olivia Munn, his family told him they didn’t trust her and thought she wasn’t with him for the right reasons. That made him furious and he ended up choosing Olivia over his family,” the insider said.

After breaking up with Munn, 40, the three-time NFL MVP dated Danica Patrick from January 2018 to July 2020. He eventually moved on with Woodley, 29, who confirmed the duo’s engagement during an appearance on The Tonight Show Starring Jimmy Fallon.

“I never thought I’d be engaged [to] somebody who threw balls for a living,” the Big Little Lies star joked in February.

The twosome were first spotted together last summer but kept their romance under wraps. In March, the pair showed off some PDA during a stop at a local Arkansas café. Though they’ve progressed quickly, both Aaron and his soon-to-be wife are in it for the long haul.

“Aaron wouldn’t have proposed if he wasn’t 100 percent serious about Shailene being The One,” the first source says.

An advanced-stats look at this year's Final Four teams 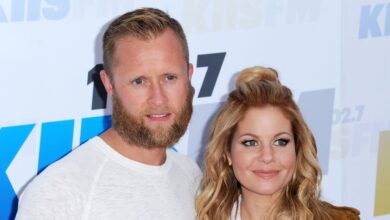 How Valeri and I ‘Pushed Through Things’ 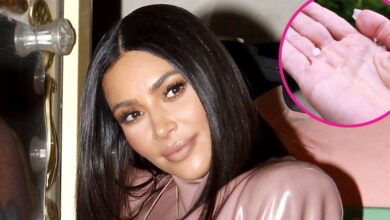 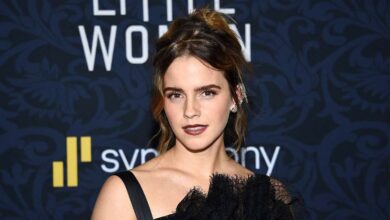 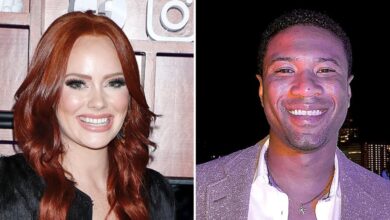