A steady, if not consistently heady, cocktail of cricket, corruption and crime, Season 3 of Inside Edge brims with intense drama and edgy excitement built around an India-Pakistan long-format contest that goes down to the wire. As cricketers from the two neighbouring nations lock horns on the cricket field for the first time in 13 years, dirty boardroom politics, murky family histories, ugly locker-room skirmishes, barefaced political thuggery and betting scandals threaten to scupper the Test series.

The show is occasionally a tad too thickly plotted. Conspiracies off the field – like the cuts, pulls and drives on it – flow thick and fast as the key combatants engage in turf fights that leave bitter trails. In its quest for high drama, it tends at times to go overboard. However, even when it skates on thin ice, the writing does not lose its balance – no mean feat in a 10-episode season crammed with flawed, over-reaching individuals who do not believe in playing with a straight bat.

Inside Edge S3, as expected, proffers a lot of cricket action filmed with broadcast cameras, but little of what transpires on the screen is cricket. A single-judge Commission is set up to probe match-fixing allegations and suggest ways to clean the stables. A hit-and-run case lands a cocky cricketer in a deep hole. A former India spinner makes a clean breast of his involvement in match-fixing and opens a can of worms. A star batsman from another era, caught with his hands in the till, suffers a precipitous fall from grace.

That isn’t all. A sadomasochistic relationship, a same-sex affair, sabotage of a cricket pitch on the eve of a Test match, a rigged broadcast rights auction, a plane crash, threats of a Dubai-based don, even a murder or two – Inside Edge S3, drawing inspiration from news stories of the past two decades, lets nothing slip through its sieve.

It takes pains not to appear to be a dramatisation of true events – a long disclaimer asserts as much – by tweaking details and identities. In one scene, a character refers to Wesley Griffith as a Caribbean fast bowler of the 1990s. That obviously is a combination of the names of Wesley Hall and Charlie Griffith, who bowled in tandem for the West Indies back in the 1960s.

To muddy eras and facts even further, another character mentions Patterson (presumably Patrick Patterson, who played in 1980s and 1990s), as Wesley Griffith’s bowling partner. Heavily fictionalised ‘truth’ as narrative raw material serves the purpose of touching still-raw nerves without treading on toes in the real world. Created by Karan Anshuman and directed by Kanishk Varma, the Amazon Prime Video series flits between the past and the present to craft an engaging portrait of a sport grappling with the deleterious effects of games played by power brokers who control the coffers. The cricket action is well mounted and the acting attains a fine blend of restraint and emotive power.

Zarina angles for the reins of the Indian Cricket Board. Mantra launches a campaign to legalise betting. The two women have to fight off much resistance and manipulation as the men whose domination of the sport and the moolah it generates is threatened seek to put a spanner in their works.

The on-field action, which constitutes a large part of Inside Edge s3, written by Karan Anshuman, Sailesh Ramaswamy, Ananya Mody and Neeraj Udhwani, revolves primarily around four men – the temperamental Vayu Raghavan (Tanuj Virwani), the conflicted Rohit Shanbagh (Akshay Oberoi), a Kashmiri lad Imaad Akbar who bursts on the scene with a little bit of help from his wealthy politician-dad and faces prejudice at every step, and the national coach Azeem Khan (Ankur Vikal).

While the battle in the arena is about the Indian team led by Vayu taking on the visiting Pakistanis captained by Sultan Ali Khan (Sunny Hinduja), this season of the sports drama has a high wokeness quotient. Season 2 of Inside Edge did have a woman as the bowling coach of the Power Play League team Haryana Hurricanes. But here, the women have a far wider role.

Apart from Zarina and Mantra, there is Team India’s cricket analyst Rohini Raghavan (Sayani Gupta), Vayu’s younger sister who takes upon herself the onus of unearthing the skeletons in her family cupboard and getting to the bottom of the truth while she meticulously performs the duty of keeping the team up to date with all the data that it needs to enhance its performance.

Zarina’s rival for the post of the Indian cricket board chief is also a woman, Ayesha Dewan (Flora Saini), although she is a mere proxy for Bhaisaab who is forced to step down after Judge Roy (Dalip Tahil) rules that he has been at the helm long enough.

What’s more, even the Prime Minister of the country is a woman (Renuka Shahane) to the consternation of a partyman (Subhrajyoti Barat) who fancies his chances of dislodging her. She steps in intermittently to extend help to Mantra achieve her goals. Mantra does have the sustained support of her boyfriend Vayu, but her father is bitterly opposed to her campaign.

Inside Edge S3 also puts the spotlight on a gay cricketer to subvert notions of raw masculinity. As the player, a mainstay of the national team who endorses an array of brands that play up his public image as a virile athlete, struggles to keep his reality under wraps, his partner, a gay rights activist, puts pressure on him to come out.

Tanuj Virwani, Akshay Oberoi and Sunny Hinduja play on the front foot all the way. The characters essayed by the first two deal with disparate conflicts that straddle the entire gamut from the personal to the public. They – both the roles and the actors – grow on you as the story unfolds. Hinduja, in contrast, has a role that does not have the same range, but that does not prevent him from hitting his strides.

Two other actors deserve special mention. Amit Sial, remarkably spot-on as a cocky small-towner with a 16-year international cricket career under his belt, and Ankur Rathee, impressive as a man who asserts his sexual orientation even as his boyfriend dithers.

At one point, Gautam Bhimani, cast as a commentator along with Atul Wassan and Maninder Singh, gushes when a last man has to play out a handful of deliveries to save a Test match: “What drama this is! You couldn’t write it into a script!” Inside Edge Season 2 does. While the show has no dearth of drama, the script gets its line and length right.

Here's Why Salman Khan Got Angry At Shamita Shetty 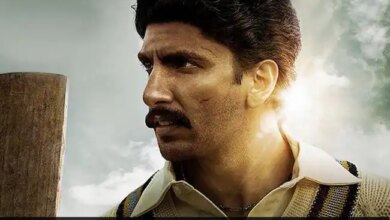 What Kapil Dev’s Mother Told Him About Victory, Told To Us By Ranveer Singh Salman Khan Drives An Auto-Rickshaw On The Streets Of Panvel On Salman Khan’s Birthday, Here’s A List Of His 10 Best Songs On Ananya Panday’s “New Year, New Me” Post, This Is What Suhana Khan, Shanaya Kapoor Commented