Alberthe Buabeng, known by most as Albie, is a Washington-based interior design content creator and all-around idea machine. Her passion for decoding spaces is the culmination of nearly a decade of working in the retail visual merchandising and marketing industries, sprinkled with a lifetime of experiences. With a background of space design and storytelling, paired with her real-life lessons, Albie creates content to connect her decor-obsessed audience with beautiful and functional design inspiration.

Her desire to contribute to the design community has also manifested in adapting the #SharetheMicNow Instagram initiative for the home industry; self publishing Curate The Home You’re In, an anecdotal and aspirational home book, and hosting The Design Influence, a podcast and community dedicated to supporting other interior designers in the digital space.

In 2020, the home industry, like much of the world, was shaken by the death of George Floyd. As discussions arose on the topic of inequality, diversity and inclusion within the design business, it felt like more of the same conversations, followed by little to no action. By the time the “black boxes” that were intended to symbolize a need for change emerged on Instagram, there were all kinds of panels and lists put together to showcase Black designers and architects, but I’d yet to see one that could trigger sustainable conversations for change.

Inspired by the original Share The Mic Now campaign on June 10th — founded by Bozoma Saint John, Luvvie Ajayi Jones, Glennon Doyle and Stacey Bendet — I decided that this could be the beginning of something truly powerful in the home industry. A week later, we hosted the inaugural Share The Mic Now: Home Edition, featuring more than 100 participants across two weeks of Instagram takeovers for candid and sustainable discussions about diversity and inclusion in the home industry.

Celebrating the first Black History Month since organizing the #SharetheMicNowHomeEdition initiative, paired with all of the events of 2020, which led to the rise of the Black Lives Matter movement, I am hypersensitive to how much still hasn’t changed. As a first generation Haitian American, married to a Black man and raising a young Black daughter, I am acutely aware of how discriminatory our society can be and has always been. While also mourning George Floyd, I also painfully remember the attack on Abner Louima more than 20 years ago. After getting bombarded with emails committed to “change” and “equality”, it was time for me to write the words you’re now reading. Last summer, I posted this statement to my white peers on Instagram in an effort to pitch the #sharethemichomeedition initiative:

“What if we could translate momentary sharing into a longer conversation by allowing Black creators to get in front of the audiences of their white counterparts ‘in person’?”

It was one of the most uncomfortable yet freeing comments I’d ever publicly made about the state of the interior design industry — one that has often made me feel like an outsider in need of someone else’s validation.

Typing some of my most controversial thoughts made me proud. Making my peers uncomfortable made me proud. I’m talking about abolishing the establishment so that we could all thrive based on merit equally.

Why should I need to request a longer conversation to address our longstanding not-so-secret professional segregation? Why request permission from a peer to speak to an audience deserving what I already know I bring to the table? Why ask that someone else’s mic be shared with me?

How can we, as designers collectively, be charged with designing and decorating beautiful spaces when our own interiors are rot? What looks like an industry that’s all-inclusive, all-embracing, is more alienating than accepting. Who are we, as “designers,” to uphold what is beautiful when we’ve for so long ignored the ugliness within our own elitist, exclusive walls?

Who are we, as consumers and creators, kidding when we “amplify” voices for a day? A week? A month? A season?

When behind closed doors the opportunities are riddled with bias—the bias of privilege at best, and ignorance at worst?

Skimming the pages of shelter magazines, browsing the line up of home TV networks and scrolling the social media of brand campaigns has long shown a clear void — a lack of depth resulting from a lack of diversity. We tap-dance around the who, what, when, where, why and how of it all, but the conversations we have ad nauseam don’t yield solutions … just more conversations.

We’re supposed to be the curators of beauty for the world, but is that beauty with an asterisk? What were we really saying when we shared our mics? What did we hope people hear? I have heard a lot of the same, with some sprinkles of seeds for change. I have heard “allies” commit to learn and change and grow. I have heard promises for equity and inclusivity. But what have I seen?

More of the same.

But little to no action.

The hyper visibility has turned to unanswered emails, lost contacts, unbirthed opportunities, “fatigued” allies. Little did we know being “woke” still had a bedtime.

Allies, I’ve been amplified. Do you hear me now?

Are you an ally or an amplifier?

The benefactor of the inequity needs to be the one to intensify the effort to close the divide. How fitting that black boxes become a symbolic social gesture for allyship…black boxes, synonymous with usually the only surviving element of a crash to investigate the cause.

Ladies and gentleman, we’ve crashed, and the black boxes have spoken.

But the season for conversation, and learning, and processing has come to a close.

We’ve seen the truth — an ugly, not-so-new naked truth — and to pretend otherwise is more egregious than having never said anything at all.

Calling all gatekeepers, educators and decision makers, amplification is reactive. It’s time for proactive change. Look at your teams — to your left, to your right, above you and below you. Does everyone look like you or do they look like me too? Do they look like the least of us … the rest of us … the best of us? Not to check a box but to reflect the true beauty of the world around us?

Collectively, we are the mic. 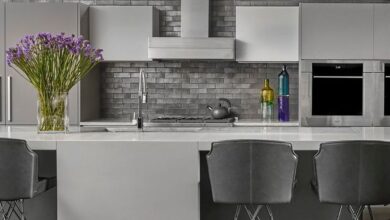 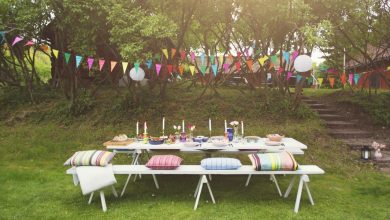 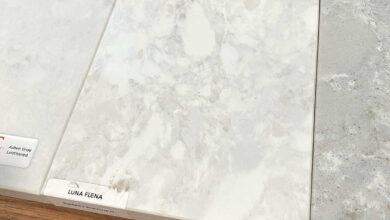 Quartz Countertop Options For Our Bathroom Vanities (Which One Is Your Favorite?) 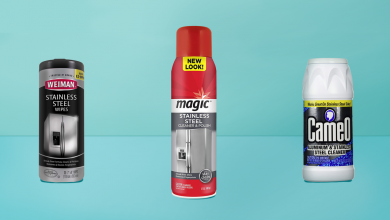