When President Biden unveiled his unprecedented plan for student-loan forgiveness last month, he alluded to a growing concern for some: that college, in some cases, just isn’t worth it.

“An entire generation is now saddled with unsustainable debt in exchange for an attempt, at least, at a college degree,” Biden said in his speech announcing the plan, which would forgive up to $20,000 in federal student loans for individuals earning under $125,000 annually, helping up to 43 million borrowers. “The burden is so heavy that even if you graduate, you may not have access to the middle-class life that the college degree once provided.”

It’s a message that many in higher education would prefer not to acknowledge. And yet with college attendance on the decline and an enrollment cliff not far on the horizon, the future of the industry may well depend, in part, on how well colleges can counter that belief.

It’s still true that for most Americans, a college degree pays off. Those with bachelor’s degrees earn a median of $2.8 million over their careers, 75 percent more than those with only a high-school diploma, for example, according to the Georgetown University Center on Education and the Workforce.

And yet, the simple message that higher education is a path to a better life belies the many factors that affect any individual student’s calculations about whether it’s worth it for them to attend college: Will they complete their degree or leave college burdened with debt but without a degree? What will they major in? How long will it take to complete their degree? How old will they be when they pay off their student loans?

“Democrats believe that everyone should be able to follow their passion on your dime. And so they are happy to slander you as a deadbeat for being responsible, while praising deadbeats for following their dream to become a professional finger painter,” said conservative podcast host Ben Shapiro. “You’re the bad guy. After all, you’re the one who pays the bills. And only suckers pay their bills.”

This isn’t the first time Americans have questioned the value of higher education, said Anthony P. Carnevale, a research professor and director of the Georgetown University Center on Education and the Workforce. “This rhetoric that you don’t need to go to college has been a persistent problem in the United States,” he said.

It is a recurring theme that tends to resurface during recessions, Carnevale said, when reporters inevitably write stories about insert-your-economically-questionable-degree-here graduates working as baristas. (Americans were not always so focused on the monetary value of a college degree, but today few question the idea of running a college degree through a cost-benefit analysis.)

Stella M. Flores, an associate professor at the University of Texas at Austin who studies the effects of state and federal policies on college access and completion, said that this generation of students wants more evidence that what they pay for college will matter. College does matter, she said, and there is no substitute for it, “but we’re not getting that message across.”

Sometimes Flores’s graduate students question why they should go to college when they can barely afford to pay their rent. “My counter is, ‘What’s your alternative? Tell me what the alternative plan is that’s sustainable,’” she said. “And they don’t have one.”

Some argue that colleges need to be more transparent and more accountable for the success of their students. Michael Itzkowitz, a senior fellow for higher education at the left-leaning think tank Third Way, said that too many colleges leave their graduates worse off financially than high-school graduates.

Itzkowitz, who previously served as director of the College Scorecard, considered the largest release of higher-education data by the federal government, wrote in a 2019 report that at 52 percent of institutions, more than half of students who enrolled were earning less than high-school graduates six years later. Ten years later, only 29 percent of institutions passed that bar. Itzkowitz has also argued that the accreditation system intended to help ensure that college students receive a solid education is broken, with too many colleges failing their students yet receiving no repercussions.

Itzkowitz wants to see Congress put stronger laws in place to ensure a good return on investment for students and taxpayers who fund higher education.

“We know that the number-one reason why students attend college nowadays is for greater employability and to have a financially secure future,” Itzkowitz said. “So ultimately, we need to ensure that students and taxpayers are getting what they expect out of a postsecondary degree.”

Carnevale also argues for more transparency and accountability in higher education. Unfortunately, he said, while the data are technically available through the College Scorecard and the census, “the real question is how you take the information that is out of sight and out of mind…. and how you get that to a student.”

Carnevale said that problem is trickier than it may seem because of the lack of career counseling. Without career counselors to help guide students and families through the process of thinking through postsecondary education and careers, he said, the data are not particularly helpful.

Beth Akers, a senior fellow at the right-leaning think tank American Enterprise Institute, also said that while, in theory, the information exists for students to make smart choices about college, getting people to use that information is more difficult.

“Some experimental evidence shows that even when you put information on economic returns in front of students, it doesn’t affect their decision-making in terms of where they go and what they choose to study,” Akers said. “That’s inconsistent with the fact that over 90 percent of people who enroll in college report that they’re going for one reason, and that’s for a career or financial advancement. So there’s some disconnect.”

Akers also worries that Biden’s loan-forgiveness plan sends the message to young people that college is “a very risky bet.”

“It is the case that college is a risk … but it’s also the case that on average, it pays huge dividends,” Akers said. “I don’t think that’s the message that Americans generally are getting from the discourse on this issue.”

To Lynn Pasquerella, president of the American Association of Colleges and Universities, which promotes the value of a liberal education, Biden’s loan-forgiveness plan “sends a strong message about trying to return to this notion of higher education as a public good, embracing the democratic purpose of higher education, and our nation’s historic mission of educating for democracy.”

Biden is right that higher education no longer holds the same promise of social mobility that it once did, Pasquerella said. But there are many reasons for that, including middle-class incomes stagnating, wages declining, and the college-wage premium flattening, all of which are issues that need to be addressed, she said.

“Educators haven’t embraced the notion that it’s part of their responsibility to train people for work, citizenship, and life,” Pasquerella said. “We’ve been complicit in perpetuating this notion of higher education as elitist, and stigmatizing those who haven’t had the privilege of entering the gates of the academy.” 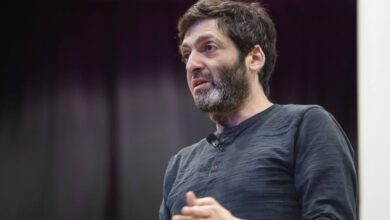 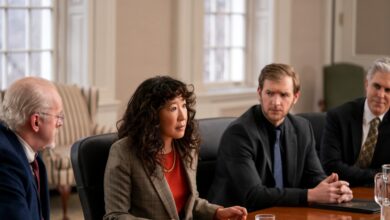 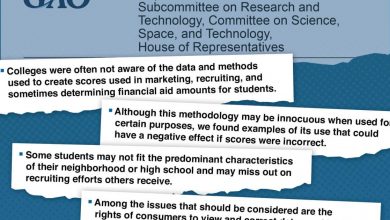 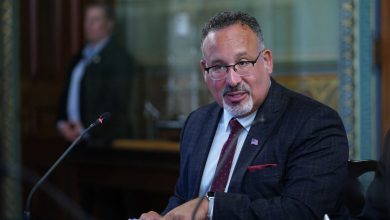