With Dubai being such a popular tourist destination and the major hub for international flights, it’s not surprising that people often get confused and wonder whether Dubai is a country, or something else.

You’ve probably heard of Emirates airlines and know that Dubai is famous for its opulent hotels and artificial islands. But what is Dubai? Where is it? And how did it get its wealth?

To help clear things up, I’m going to answer this question in detail as well as some of your most popular FAQs about visiting Dubai.

Dubai is located in the Middle East in the United Arab Emirates. It sits on the Persian Gulf between Abu Dhabi and Ras-al-Khaima.

What Continent is Dubai in?

Is Dubai a Country?

Is Dubai a City?

Yes, as well as being an Emirate it’s also a large city with lots of skyscrapers, shopping malls and its own international airport.

Dubai was once a small fishing village but at the start of the 21st century it was rapidly developed to become a major luxury tourism destination.

The emirate is home to the tallest building in the world – the Burj Khalifa – and many 5-star hotels. Dubai covers an area of around 13.51 mi² and is the most populous emirate in the UAE. The population size is estimated to be around 3.1 million.

What is the UAE exactly?

Although the UAE is very small (roughly the size of the state of Maine), it has a successful economy due to oil and gas wealth.

Where is the UAE?

The UAE is located in the Middle East on the eastern side of the Arabian Peninsula. It shares borders with Oman to the east and Saudi Arabia to the south and west. Its coastline sits on both the Persian gulf and the Gulf of Oman.

What’s the capital of the UAE?

The capital of the UAE is Abu Dhabi. Abu Dhabi is located 160km south west of Dubai on the Persian Gulf.

Neither Abu Dhabi or Dubai are countries. They’re two different emirates in the United Arab Emirates.

How Does the UAE Government Work?

United Arab Emirates (UAE for short) became a constitutional federation in 1971. It made most of riches from oil exports, with the biggest oil producing state being Abu Dhabi.

Each of the seven emirates has its own leader (Emir) and together the Emirs make up the Federal Supreme Council (FSC), which is the UAE’s highest authority.

The FSC holds legislative and executive powers and selects both the UAE’s President and Vice President from amongst its members. The current President of the UAE is Mohamed bin Zayed bin Sultan Al Nahyan, who is Emir of Abu Dhabi. Meanwhile the Vice President and Prime Minster is Mohammed bin Rashid Al Maktoum, who is the Emir of Dubai.

Below the FSC is the Federal National Council (FNC), which consists of 40 members. Half of the members are chosen by the President and the other half are elected by the people. Each emirate has a specific number of seats based on its size.

The UAE has its own constitution, which contains 152 articles and was permanently adopted in 1996. The federation is a member of the United Nations, Arab League, Organisation of Islamic Cooperation, OPEC, Non-Aligned Movement, and Gulf Cooperation Council (GCC).

Dubai has a desert climate and is hot all year round, however, the weather is at its hottest between May and August. Due to the extreme heat this period is Dubai’s low season, when hotels are at their cheapest. This is the time to get the best travel deals, but be prepared to spend most of your time inside hotels and shopping malls where the air-conditioning is blasting.

November to February is the best time to visit Dubai; the temperatures are pleasant and there are tons of festivals and events to enjoy. The World Rugby Sevens, Dubai International Film Festival, Dubai World Cup and Art Dubai are just some of the events you can experience. Nov-Feb also Dubai’s busiest period, so be prepared for higher hotel prices and more tourists.

Another good time to visit Dubai would be September and October, when temperatures start cooling down but peak season hasn’t arrived yet.

Top Things to Do in Dubai

Measuring 829.8 m (2,722 ft) high, the Burj Khalifa is the world’s tallest building. One of the top things to do in Dubai is to ride the elevator to the observation deck where you can enjoy 360-degree views of Dubai and beyond.

Dubai Marina is an affluent neighborhood and known for its glamorous superyachts, palm-fringed promenades, luxury boutiques and al fresco dining. Here you can take a leisurely stroll past the marina or top up your tan on one of two beaches – The Beach and The Beach at Jumeirah Beach Residence (JBR). You can also shop-till-you-drop at Dubai Marina Mall or catch beautiful views of Dubai’s skyscrapers from the water.

Jumeirah Beach is a sandy beach located in the Jumeirah district of Dubai. It’s one of the city’s best public beaches and offers great views of the Burj Al Arab. The beach is open from 7 a.m. to 11 or 11:30 p.m. and access to the beach is free.

Looking for more inspiration? Check out my itinerary for 3 days in Dubai.

What is the main religion in Dubai?

The main religion in Dubai is Islam and about 85% of Muslims there are Sunni. When visiting Dubai you should always respect local culture and laws.

While the majority of the population in Dubai follows Islam, the emirate also has a sizeable expat community. It’s one of the most liberal places in the Middle East and is quite tolerant of other religions.

Can you drink alcohol in Dubai?

Yes, non-Muslims and tourists can drink alcohol in Dubai at licensed venues, such as hotels and restaurants.
Residents can also drink alcohol in their homes as long as they have an alcohol license.

You should never be drunk outside of these areas as this is an offense. Never consume alcohol in public outside of the licensed venues.

Why is Dubai so rich?

The UAE made most of its income from the pearl trade between the late 1770s and 1930s.

In the late 1950s, the ruler of Dubai, Sheik Rashid bin Saeed Al Maktoum, decided that infrastructure was key to Dubai’s future, so he invested heavily into an airport and seaport. He had to borrow billions of dollars for the project but it paid off and was a big success.

In 1966 Dubai discovered oil and the revenues were invested into building the emirate’s infrastructure, which in turn contributed to a boom in tourism, trade and industry. During the 1980s the state developed its first free economic zone and continued to open new ones, allowing foreigners to enjoy benefits like tax discounts and custom duty exemptions.

Free trade, a low tax rate, and zero income tax have all helped to attract international businesses and today the oil industry represents less than 5% of Dubai’s economy. Dubai’s strategic position also makes it ideal for maritime trade and the city’s trading port, Jebel Ali, is the busiest port in Africa and the Middle East.

Today, Dubai is known for being an international business hub and one of the top luxury tourism destinations in the world. Its economy is mainly focused on trade, tourism, aviation, financial services and real estate.

Dubai is home to one of the world’s busiest airports, Dubai International Airport, and many shopping malls including the Dubai Mall and the Mall of The Emirates. The city attracts millions of tourists each year who come to enjoy the city’s 5-star hotels, luxury shops and world-class attractions.

Do you need a visa to visit Dubai?

In order to enter the UAE, your passport will need to be valid for at least 6 months beyond your date of entry.

Visitors from certain countries (including the US, UK, Canada, Australia, New Zealand and Republic of Ireland) are able to obtain a free 30-day visitor visa upon arrival. If you’re from one of the countries on the list, there’s no need to apply for a visa before you travel. You can see the full list of visas and countries here on the Emirates website.

Yes Dubai is very safe but you must make sure you adhere to the local laws and customs.

Dubai is heavily monitored so violent crime is rare, but petty crime like pickpocketing or Internet exams does exist.
It’s important to note though that Dubai adheres closely to Sharia law so things like same-sex relations, PDA, public drunkenness and drugs are not tolerated. Rules are strictly enforced and there can be harsh penalties for those who get arrested.

Make yourself aware of the rules before you go.

Do women need to cover up in Dubai?

When visiting Dubai, women should dress respectfully in certain places. In the hotels it is usually fine to wear whatever you want and you do not need to cover up. However, if you’re going out in public and visiting areas where there are more locals, you should be respectful of the local culture and cover your arms and knees.

When packing for Dubai, make sure you pack a light jacket to cover your shoulders and a pashmina so you can cover your head at mosques and religious sites. Long dresses or loose-fitting pants are ideal for covering your legs.

Only wear swimwear when you’re at the hotel pool or beach. If wearing a bikini, bring something a little more covered and leave thongs or itsy-bitsy Brazilian bottoms at home.

When is the Dubai weekend?

The UAE weekend used to run from Friday-Saturday because Friday has always been a special day of prayer for Muslims.

However, the UAE formally switched to a Saturday-Sunday weekend on January 1st 2022. Government state employees have a 4.5 day working week from Monday to Friday, with Friday being a half day.

What is the currency in Dubai?

The currency in Dubai is the UAE Dirham (AED), which is pegged to the US dollar at a rate of 3.67%, meaning the exchange rate never changes. Dirhams are divided into Fils, with 100 Fils making up 1 Dirham.

Credit cards are widely accepted so you should have no issue using your cards in the UAE. Just make sure you sign up for a credit card with no foreign exchange fees.

So, is Dubai a country? No it isn’t. It’s an emirate of the UAE and a city, but it’s not a country. It’s a really popular shopping and luxury tourism destination and is often done as a stopover en route to Australia or Southeast Asia.

Dubai is a great place to visit if you want to escape winter in Europe and North America since it has beaches and year-round warm weather. If you plan on paying a visit, I’d say 3-4 days is the optimal amount of time to allow you to explore the emirate’s top attractions. 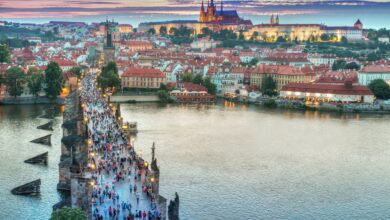 Winter Holidays in Europe: Which Cities should you visit? 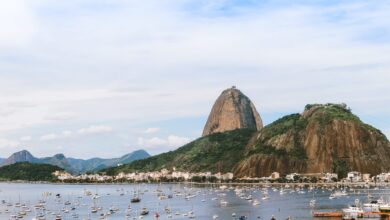 How to spend a weekend in Rio De Janeiro

Travel And Observe: How Did People Live In The Times Of Romeo And Juliet In England  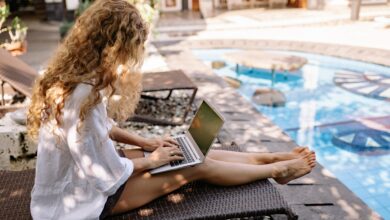 A Practical Guide to Working While Travelling