As people spend more time indoors, a mountain of scientific research says spending time in nature is critical to health and increases longevity. That means being in fresh air, under trees and away from cars and concrete—on a regular basis. And, no, the Peloton doesn’t count.

“There’s an urgent need emerging in science and at the gut level to increase the nature experience. This field is just exploding,” says Gretchen Daily, a professor of environmental science at Stanford University.

The benefits have been clear to scientists for some time, but the pandemic has made the matter more urgent. The physical and emotional toll the virus has taken, especially in urban areas with little green space, has galvanized doctors, researchers and others to tap into nature’s therapeutic effects.

Scientists have repeatedly found that human anticancer natural killer cells significantly increase after walks in a forest. In one such study, published in 2010 in the Journal of Biological Regulators and Homeostatic Agents, the number and activity of killer cells increased in a group of twelve healthy men after two walks, each two hours long, in a one-day trip to a forest park in the Tokyo suburbs. So did anti-cancer proteins, according to the research led by Qing Li, an associate professor at the Nippon Medical School. Cortisol in the blood and adrenaline in the urine significantly decreased. The effects lasted at least seven days, the researchers found.

Time in a forest is linked to decreased inflammation, which has been implicated in chronic disease.

“People are deciding whether or not this type of coffee bean or that type is better for you, when there is such an obvious health tool at your disposal. You literally just walk outside. People don’t know,” says Jared Hanley, co-founder and CEO of NatureQuant, a startup working on an app for users to track the time they spend in nature much like they count steps.

A study published in Nature’s Scientific Reports in 2019 found the 20,000 participants were significantly more likely to report good health and well-being when they spent 120 minutes or more in nature a week. The good vibe peaked at 200 to 300 minutes a week. Anything less than two hours didn’t make a difference.

Click here to read the full article on WSJ.com.

Meet the Black Female Founders from TC Include at TC Sessions: Justice 2021 – TechCrunch 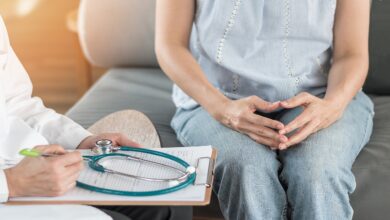 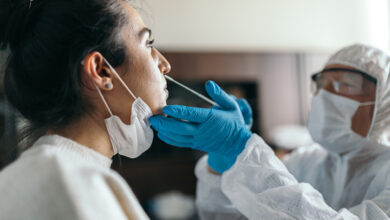 Coronavirus declared global pandemic one year ago: ‘Together, we will endure’