DENVER (AP) — Nikola Jokic recorded his sixth triple-double of the season and the Denver Nuggets beat Los Angeles 122-105 on Sunday night in a game where Lakers forward Anthony Davis hobbled from the court after re-aggravating his sore right Achilles.

Davis will have an MRI on Monday. He strained his Achilles late in the first half.

“I don’t want to mess around with this type of injury,” Davis said. “Just trying to figure out the best steps.”

The spotlight was on the showdown between Jokic and LeBron James, who are both among the favorites in the NBA MVP race. Jokic finished with 23 points, 16 rebounds and 10 assists. James had 22 points, 10 rebounds and nine assists, but the Lakers’ seven-game win streak ended.

Los Angeles never got back on track after Davis limped to the locker room. He was banged up when he tried to drive around Jokic with 2:39 left before halftime.

Davis hobbled to the free-throw line, made both and then was subbed out. He finished with 15 points and four rebounds in 14 minutes.

Entering the game, Davis was questionable with what was described as right Achilles tendinosis. He missed two contests due to the ailment before returning in a win over Memphis on Friday.

“I felt like I was ready to go,” Davis said.

“In this business, you never know when your number is going to be called,” Nuggets coach Michael Malone said.

This was meeting No. 2 of the season between the teams that advanced to the Western Conference finals last season. In the first contest on Feb. 4, the Lakers trailed by 12 points in the third quarter before going on a big run to take control. They outscored the Nuggets 68-35 in the second half for a a 114-93 win.

This time, the third quarter wasn’t an issue. Denver outscored the Lakers 30-24 in the third to open a comfortable lead and stretched it to as many as 21 in the fourth.

And while the Lakers were able to rally from 20-point deficits in their last two wins, they couldn’t storm back in this one.

Nuggets: Gary Harris (left adductor strain), Will Barton III (personal reasons) and P.J. Dozier (strained right hamstring) were out. … F Paul Millsap didn’t play in the second half due to a sprained left knee. He had 10 points.

Lakers guard Kentavious Caldwell-Pope has been in a slump since hitting 7 of 10 from 3-point range on Jan. 21 at Milwaukee. He is 9 of 36 from deep since that game, including 1 of 4 Sunday.

“He’s just not getting as many clean looks,” Lakers coach Frank Vogel said. “It’s not anything I’m worried about.”

HOW ABOUT THAT PASS

Campazzo had a no-look pass in the first quarter that whirled past the head of Kuzma and straight to Nnaji, who drained the 3-pointer.

For as good as the NBA champion Lakers were last season, Malone believes their additions of Montrezl Harrell, Dennis Schröder and Marc Gasol takes them to an even higher plateau.

“In my opinion, and no disrespect to any players that are not back … I think they’re even better this year with the talent they’ve brought in,” Malone said.

'It has never been tougher to be a young person,' Bear Grylls says 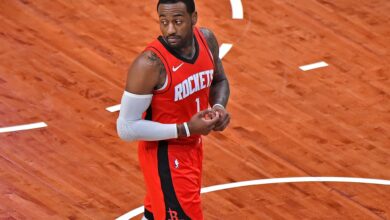 Wizards didn’t give John Wall ‘honesty and respect’ with trade 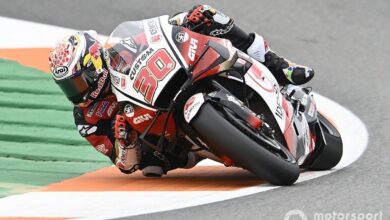 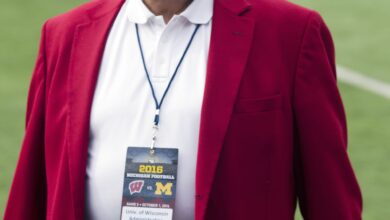 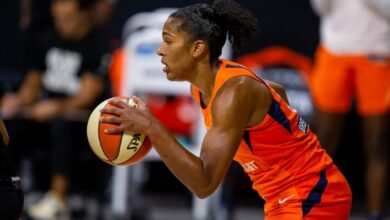