For years now, the world of retail has been evolving. Whether it’s next-day delivery with Amazon Prime or subscription D2C services or on-demand delivery from Postmates, we’re growing increasingly accustomed to being able to buy something and have it arrive at our door relatively quickly.

Today, a new startup is launching in New York with a fresh take on on-demand delivery.

JOKR, founded by Ralf Wenzel (the same guy who founded FoodPanda, which later merged with DeliveryHero) promises delivery in 15 minutes or less, with no order minimums, and a selection of products that you might find in the local deli or convenience store.

The approach is centered around what JOKR calls micro-hubs, which are really just various storefronts on side streets in denser areas. The company uses data to forecast what customers will want, when, and where, to strategically organize these micro-fulfillment centers for speed.

For end users, there are no order minimums and no delivery fees.

data is the key ingredient of how we build the business to identify what customers need and put an emphasis of also on only what they need, but also when they need it. And what point of time, which day, which week which month, whether it’s in the morning or in the evening, and built a dynamic inventory and catalog management system is able to rotate inventory, provide inventory and pre forecast in suggests for customers, those type of consumer goods, and the corresponding time and if you presented and forecast the time.

JOKR procures the goods sold on the app directly from brands, manufacturers and wholesalers. In other words, you can think of the service as a sort of ghost kitchen for groceries and every day items.

“We are a platform that is not relying on any type of consumer charges,” said Wenzel. “Hence, the business is predominantly a business that generates revenue out of the respective product costs. Our ability to procure directly, and cut out middlemen in terms of wholesalers, distributors, supermarkets themselves, allows us to tap into a margin pool that is higher than that of traditional online marketplaces, which would only pick a product from existing stores, supermarkets, and then need to apply a delivery fee in order to make their proposition work.”

The company is working to increase its inventory, which currently includes more than 1,500 items.

In terms of the workforce, JOKR delivery people are full time employees.

JOKR has been operating in Latin America (Brazil, Lima, and Mexico City) and is now expanding into the U.S. market with its NYC launch.

According to TheRealDeal, JOKR has funding from SoftBank, as well as HV Capital and Tiger Global. It’s unclear how much the startup has raised.

Bring the narrative to the forefront – TechCrunch 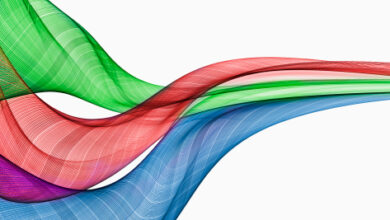 The truth about SDK integrations and their impact on developers – TechCrunch