The trailer of Pushpa: The Rise Part 1 is here and it would not be wrong to say that it is an adrenaline-packed ride. The film, headlined by Allu Arjun, is the story of warring groups and power tussles set against the backdrop of red sandalwood smuggling. The trailer promises that the battle for monopoly of the “red gold” of the forests of Seshachalam in Andhra Pradesh is going to be stained by the blood of all parties involved. In fact, the value of sandalwood under threat of usurpation by all parties is estimated to be worth billions as they are smuggled overseas. And leading the locals against what is presumably corrupt forces is the axe-wielding Pushparaj, played by Allu Arjun.

The actor plays a wood-cutter, who is not scared to beat or be beaten. Even a gun in the hands of a menacing cop has little to no effect on Pushparaj. In the trailer, Allu Arjun even declares, “Pushparaj, thaggede le (I will not relent).”

And in Pushparaj’s world, there are several other interesting characters that promise an ambience of passion and power. Rashmika Mandanna appears as a hardworking, independent village belle, who Pushapraj is in love with. Actor Sunil, who is known for his comic roles and more recently lead roles, appears in a sinister avatar. A blink and miss appearance of the stunning Anasuya Bharadwaj also promises a feisty role.

Pushpa has also been in the news for being Malayalam star Fahadh Faasil’s Telugu debut but the 2 minutes 31 seconds trailer teases us with just a three-second appearance of the actor.  The actor, with his thick moustache and clean-shaven head, manages to leave an impact in the last shot of the video as the antagonist.

Pushpa marks Allu Arjun’s reunion with filmmaker Sukumar, who has previously directed the actor in the hit films, Arya and Arya 2.  The film’s music is composed by Devi Sri Prasad, with Miroslaw Kuba Brozek handling the cinematography. The film will release on 17 December 2021 in Telugu as well as dubbed versions in Tamil, Malayalam, Kannada, and Hindi languages.

Gurdas Maan Is In Jaipur Ahead Of Sangeet 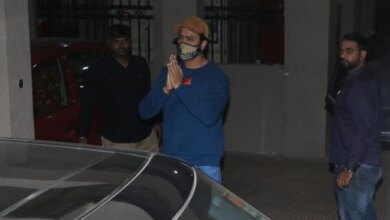 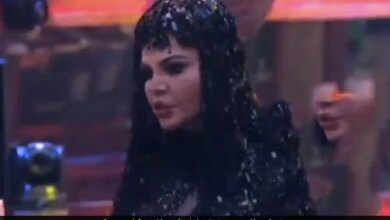 Rakhi Sawant Accuses Karan Kundrra Of Cheating On His Ex-Girlfriend 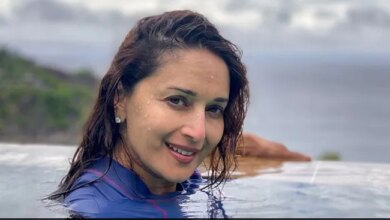 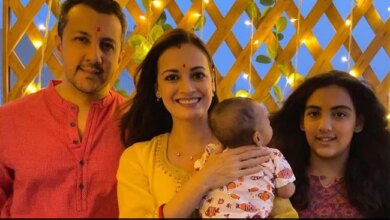