New patent filings show that Kawasaki is working on a new type of electronic semi-automatic gearbox that could be introduced in several Kawasaki models. 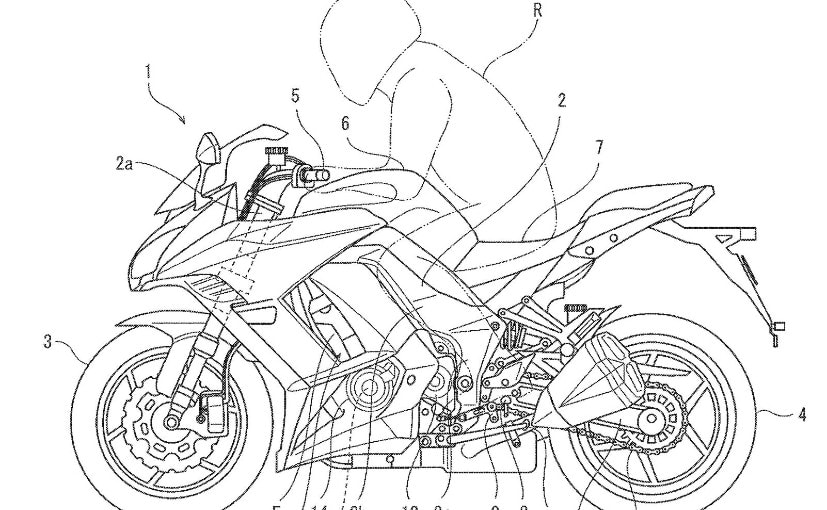 Kawasaki seems to be developing an electronic transmission that will be semi-automatic, something like Honda’s DCT dual-clutch transmission. Latest patent images show that Kawasaki seems to be working on its own version of a semi-automatic transmission, and the design is somewhat different from the Honda DCT. The design focuses on a simple electronic shift mechanism, using an electronic actuator and sensors instead of a physical linkage between the rider’s left foot and the shift drum. The system translates the movement of the gear lever into rotation of the shift drum, something like a shift-by-wire mechanism, if you will. 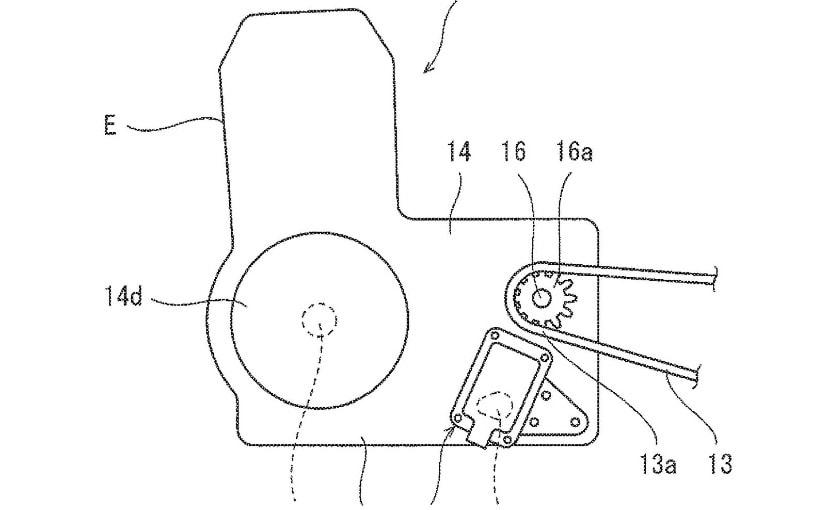 What this does is frees up the option of physically linking the gear shifter to the gearbox, so essentially, the gearbox position, or more specifically, gear lever position can be independent of the rider’s shift foot. This means that bike designers are free to explore different possibilities in terms of ergonomics, and foot position. So, there’s just an electric wire that’s needed to connect the gear lever to the transmission. This system then, will offer tremendous advantages to allow the footpegs to be moved, away from the gearbox, for instance, rear set pegs on a sport bike or forward set pegs on a cruiser. 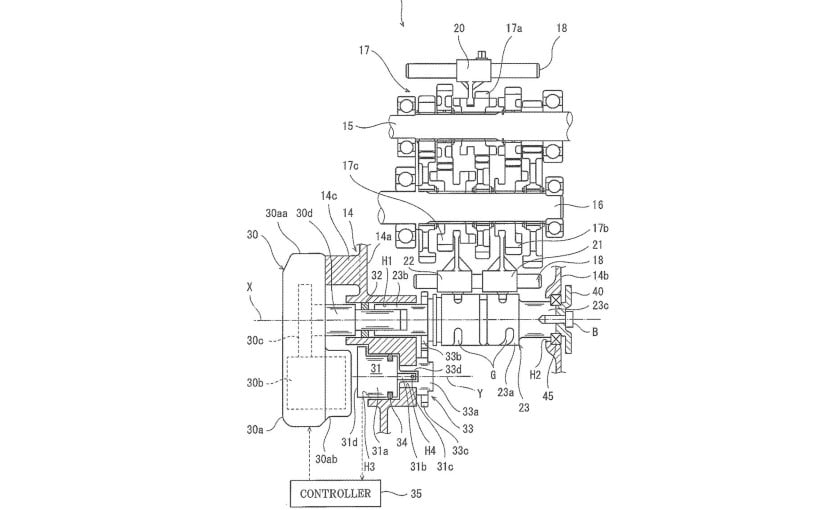 The electronic actuator can be used on a conventional transmission, so, in essence the transmission isn’t all-new

Other advantages are that with a computer acting as an interface between the inputs (whether through a lever, or handlebar-mounted buttons), this system would virtually negate false neutrals, over-revving and mis-timed gear changes. In fact, on sportbikes, the system can actually work faster than a conventional quickshifter, because it will potentially be able to shift faster than the rider’s foot can move, and with the computer always linked with the bike’s electronics, revs could be perfectly matched for rapid gear changes.

The system is still under development and so far, there’s no indication on when it will make its debut on a production model. As far as electronic rider aids go, Kawasaki is already working on a radar-assisted cruise-control system. Both these systems qualify to debut on a touring model first, possibly a next-generation Versys, but then, it could be replicated to other model families as well.