The policy decision comes at the end of first meeting of six-member MPC after Budget 2021.

Reserve Bank of India (RBI) Governor Shaktikanta Das said the Monetary Policy Committee (MPC) has decided to maintain key policy rates at existing levels. The Reserve Bank has kept the repo rate unchanged at 4 per cent and reverse repo rate untouched at 3.35 per cent, saying that the “need of the hour is to back growth.” The policy decision comes at the end of the first meeting of the six-member Monetary Policy Committee (MPC) after Budget 2021.

The Reserve Bank has slashed its key lending rate i.e. repo rate by 115 basis points since March 2020 to cushion the economy from the shock of coronavirus crisis. The central bank had last cut its policy rate on May 22, 2020, in an off-policy cycle, when Covid-19 posed an unprecedented challenge to the economy. Since then, the banking regulator has maintained the status quo on repo rates for repo rate – the key interest rate at which the RBI lends money to commercial banks – steady at a 19-year low of 4 per cent. The reverse repo rate – the rate at which the RBI borrows from banks – is at 3.35 per cent.

India was hit hard by the pandemic, suffering the worst contraction in the June quarter, and the GDP is projected to contract by a record 7.7 per cent in the current fiscal ending March 31, 2021.

A pick-up in manufacturing and rollout of the immunisation campaign has reduced some of the pessimism surrounding the economy. The Pre-Budget Economic Survey predicted a “V-shaped” recovery, saying that the Indian economy will rebound, with 11 per cent growth, in the next financial year. 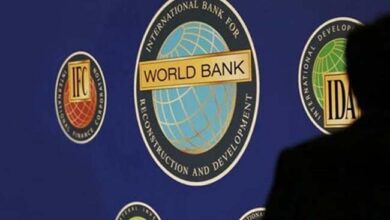