Lady Gaga’s dog walker, Ryan Fischer, has been hospitalized after he was shot while walking the singer’s bulldogs in Los Angeles, according to reports.

Police told the Daily Mail on Thursday, February 25, that the 30-year-old was shot in the chest four times by two men wearing baseball caps in West Hollywood on Wednesday, February 24. The men have also been accused of stealing two of Gaga’s three French bulldogs — Koji and Gustavo. The third pup, Miss Asia, was recovered by police.

The outlet reports that Fischer was conscious when officers responded to the scene, but he was subsequently rushed to the hospital as he was struggling to breathe. According to TMZ, Gaga, 34, is offering a $500,000 reward to anyone who can return Koji and Gustavo.

Hours before the alleged incident, Gaga was spotted in Italy, where she’s filming the upcoming movie Gucci. The “Bad Romance” songstress debuted her brunette locks for the role as Maurizio Gucci’s ex-wife, Patrizia Reggiani, in Rome on Wednesday.

Gaga has shared snaps of her precious pups with her fans for years. Back in 2014, she posed with Asia on the cover of Harper’s Bazaar.

“She has really shown me the importance of living in the moment,” the musician gushed about her dog, referring to Asia as her “inspiration” in life. “If I don’t, I’ll miss a precious look on her face! She is a very romantic and loving animal, and this sort of poetry is what art is all about, I think. Interaction. She loves to sit with me when I record jazz. She never barks or makes noise; she just looks at me with her big ears.”

One year later, Asia appeared in a Coach campaign for “Coach Pup” in 2015.

Gaga previously shared Asia with then-fiancé Taylor Kinney. The twosome called it quits in 2016 after five years together. While the Star Is Born actress subsequently moved on with Christian Carino, Us Weekly confirmed in February 2019 that the twosome went their separate ways. Gaga went Instagram official with her current boyfriend, Michael Polansky, in February 2020.

“Michael really is a great guy. He’s down-to-earth, smart and focused on his businesses,” a source told Us about the Parker Group CEO, 43, last month. “When they’re together, they are always touching, giggling and it’s obvious they really love each other.” 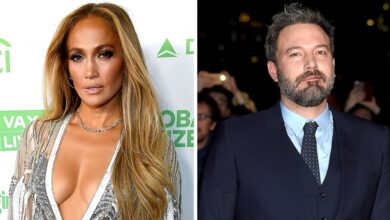 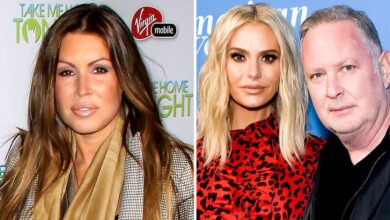 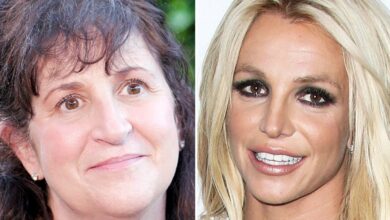 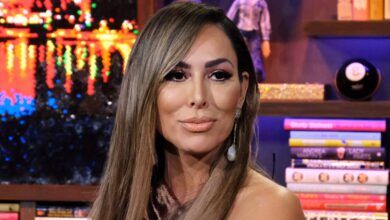