The Los Angeles Lakers have their new big man.

Free agent center Andre Drummond is planning to sign with the Lakers on Sunday, according to ESPN’s Adrian Wojnarowski, one day after officially agreeing to a contract buyout with the Cleveland Cavaliers.

Drummond will be eligible to officially sign when he clears waivers at 5 p.m. ET on Sunday.

Drummond’s tenure with the Cavaliers came to an end shortly after the trade deadline, when teams declined to acquire the big man on his $28 million salary. He now arrives in Los Angeles at a much more affordable price, as many expected.

A midseason addition for the Cavaliers last season, Drummond was averaging 17.5 points and 13.5 rebounds per game when Cleveland announced they would no longer play him while seeking a trade. Drummond was among the most attractive names on the buyout market, and was reported by Yahoo Sports’ Chris Haynes to be hearing pitches from the Lakers, New York Knicks, Los Angeles Clippers, Boston Celtics and Charlotte Hornets.

News of Drummond’s deal arrived just hours after the Brooklyn Nets, arguably the Lakers’ biggest competition for the title, were reported to have reached a deal with LaMarcus Aldridge, another former All-Star big man on the buyout market.

How will Andre Drummond fit on the Lakers?

Drummond joins a Lakers team that has been hit hard by injuries, with LeBron James and Anthony Davis both currently out. James is reportedly out four to six weeks with a high ankle sprain, while Davis is reportedly “a ways away” from returning. The team is 1-4 since losing James.

Adding Drummond obviously won’t replace those two All-Stars, but it could go a long way in strengthening the Lakers’ big man rotation both now and in the playoffs. Los Angeles currently relies on the duo of Montrezl Harrell and Marc Gasol to man the paint, but Drummond will likely take over as the starting center.

The 27-year-old Drummond has fallen off a bit from his All-Star peak with the Detroit Pistons, but remains an elite rebounder and competent enough on both ends of the court to be a quality starter on a playoff team. He may see some time at power forward to begin his Lakers tenure due to Davis’ absence, but will probably work exclusively as a 5 in the postseason.

In Drummond, Harrell and Gasol, the Lakers now have three talented, very different big men to play alongside Davis when healthy. Harrell is the most offensively explosive of the group, while Gasol is the only one who has made a 3-pointer this year. Drummond might represent the best two-way value, though.

However the Lakers decide to use the trio, it’s unlikely more than one of the three will be on the court at the same time if Davis is healthy. There will almost certainly be times Davis plays the 5 as well, just like in last year’s playoffs. 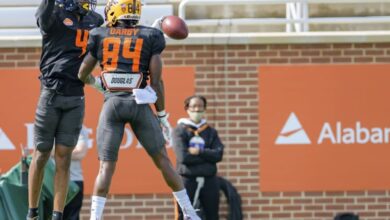 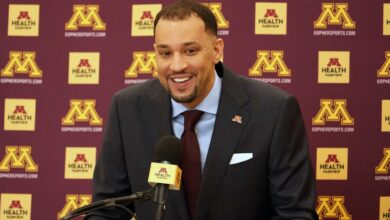 ANA Inspiration back in its usual spot, but still no fans